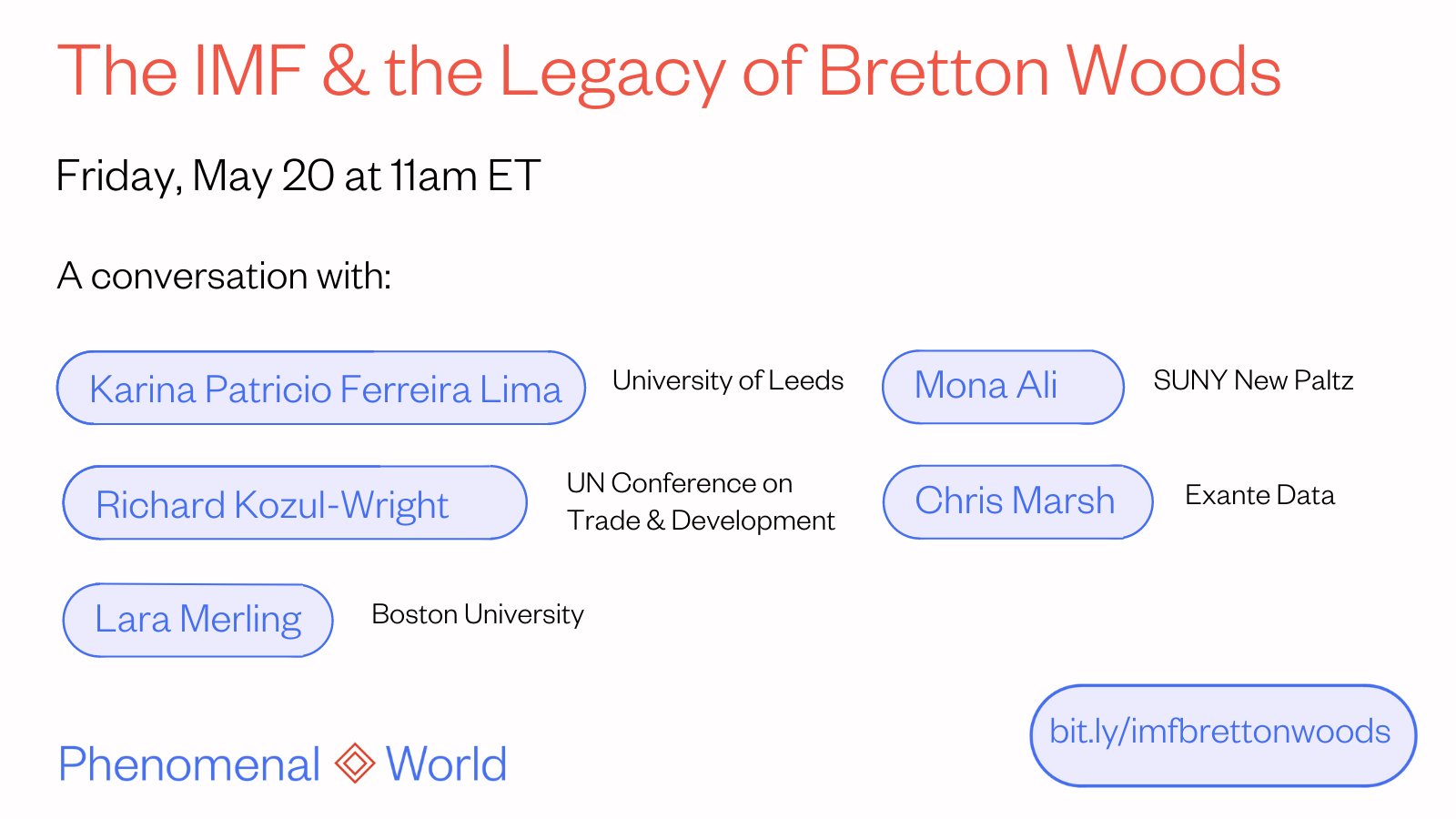 Fifty years on from the collapse of the Bretton Woods system, the role of the international monetary system and international financial institutions in managing the global economy are in question.

What role should these institutions have in fostering development, closing the North-South divide, tackling inequalities, and promoting a global green transition? What is the future of the international monetary system?

In May, a Phenomenal World event tackled the political, economic, and legal questions thrown up by the present state of the post-Bretton Woods system. Read an edited transcript of the discussion here. And view a recording of the event here.

The monetary arrangements currently in place generate a significant gap in access to liquidity between the core and the periphery. There are some procyclical effects in the periphery: money flows in search of higher interest rates when things are going well, but flees at the slightest sign of instability. Capital flight further destabilizes the economy and exacerbates inequality.

While core banks are able to use bilateral currency swaps with the Federal Reserve, developing and emerging countries typically rely on accumulating substantial foreign reserves to avoid monetary instability and payment problems. They can also resort to the IMF as a source of emergency liquidity or tap into regional financial arrangements, though these resources tend to be insufficient.

Because the conditions typically attached to IMF financing are highly procyclical, emerging countries have in recent decades decided to accumulate foreign reserves to avoid being subjected to IMF programs. Because these reserves are accumulated in treasuries, this results in a massive transfer of wealth to the Global North at an aggregate level. These are misallocated resources, however, which could otherwise be used to fund industrialization, low-carbon infrastructure, and other development initiatives. Despite their monetary character, there are no legal mechanisms to deal with insolvency crises at the periphery.

Fifty years on from the collapse of the Bretton Woods system, the role of the international monetary system and international financial institutions in managing the global economy are in question.

The centerpiece of shock and awe of the West’s economic response to Russia’s invasion and bombardment of Ukraine was the freezing of Russia’s central bank assets. In the March 7…