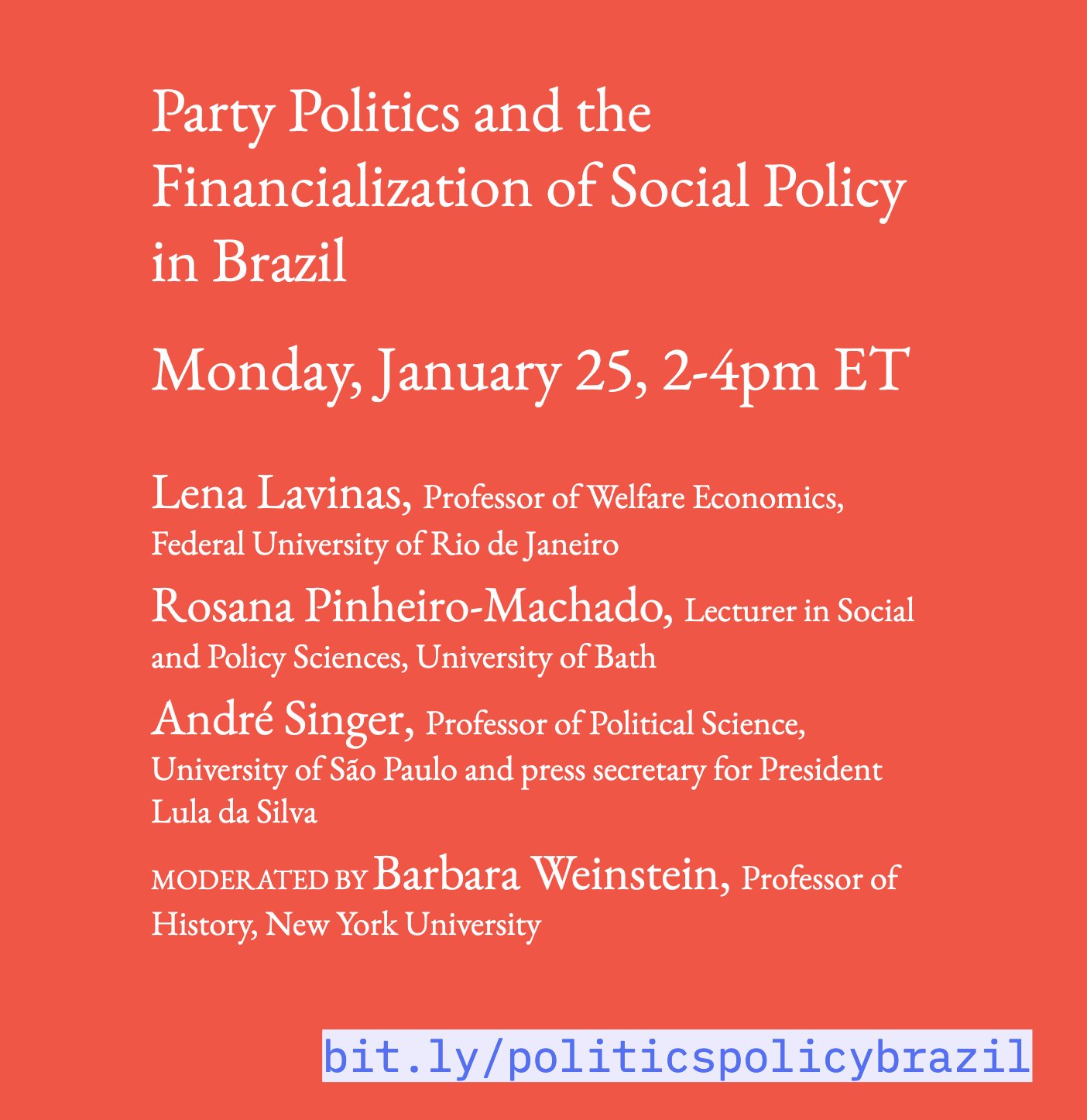 According to Brazilian economist Lena Lavinas, social policy under President Lula promoted a logic of financialization and market incorporation, ultimately contributing to mass indebtedness in the Brazilian population. André Singer sees this period of social policy expansion as an attempt to reach the “Rooseveltian dream”—a political project that ended with the impeachment of President Rousseff in 2016 and the election of President Bolsonaro in 2018.

In January 2021, Lena Lavinas, André Singer, and Barbara Weinstein, historian and author of For Social Peace in Brazil, gathered to discuss this period of mass social inclusion and its unraveling in political scandal and a lurch to the right. See a recording of the event here, and read the transcript here.

In The Takeover of Social Policy by Financialization, Lena Lavinas names the “Brazilian Paradox”: the model of social inclusion implemented by the Workers’ Party under President Lula and President Rousseff…

In recent months Brazilian president Jair Bolsonaro appears to have shape-shifted. From a staunch ally of business interests, he now presents himself as a president of the poor. The basis…

The election of Jair Bolsonaro in 2018 commenced a long agenda of environmental destruction in Brazil. Before taking office, Bolsonaro had openly threatened Indigenous communities with racist attacks, commenting that…