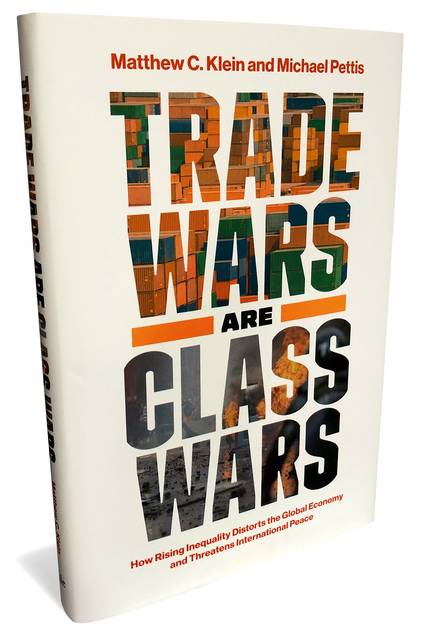 In May 2020, Phenomenal World hosted an event featuring Michael Pettis and Matthew Klein in conversation with Adam Tooze. Their discussion centered around the key findings of Pettis and Klein’s recently-released book, Trade Wars are Class Wars. The interview has been viewed by thousands across academia, as well as professionals in finance and economics. It has also been featured as “recommended reading” in the Financial Times and The Browser, among others.

The key finding of the book is groundbreaking for the study international political economy and finance:

Pettis says, “Trade cost and trade conflict in the modern era don’t reflect differences in the cost of production; what they reflect is a difference in savings imbalances, primarily driven by the distortions in the distribution of income. We argue that the reason we have trade wars is because we have persistent imbalances, and the reason we have persistent trade imbalances is because around the world, income is distributed in such a way that workers and middle class households cannot consume enough of what they produce.”

Michael Pettis is a professor of finance at Guanghua School of Management at Peking University in Beijing, as well as a Carnegie Fellow. His co-author, Matthew C. Klein, is an economics commentator at Barron’s, having written for multiple publications including Financial Times, Bloomberg, and The Economist. Adam Tooze, historian and professor at Columbia University, also recently published Crashed: How a Decade of Financial Crises Changed the World, a book that provides equally vital context for the state of the current economic system.

Read the full interview here or watch a recording of the discussion.