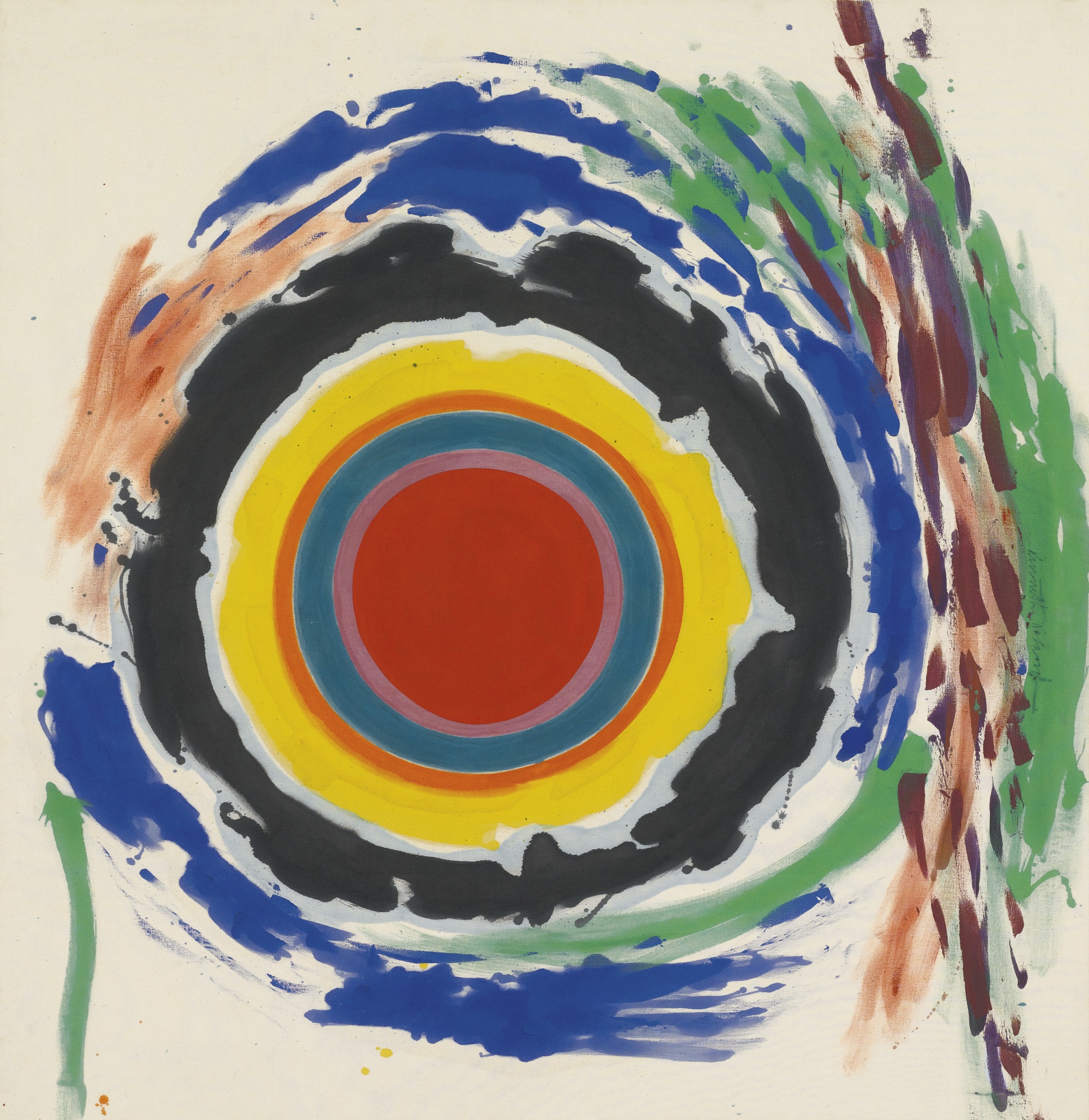 An interview with François Morin

François Morin was technical adviser to Jean le Garrec at the State Secretary for Public Sector Expansion from 1981–1982 and an adviser to Prime Minister Pierre Mauroy.

Maya Adereth: What kind of society did you envision when you first became politically active?

François Morin: When I was finishing my PhD thesis in Algeria, I spent two years reading Capital. And to this day, I think Marx has many insights into the nature of power relations in contemporary society. But when I returned to France, my supervisor, Henri Bartoli, encouraged me to situate Marx’s insights within a practical framework. I went to the Chambre Syndicale des Agents de Change, where I began studying the shareholder structure of large banking and financial enterprises. To my surprise, I understood nothing of what was in the files. So I spent years learning to penetrate this world of accounting and finance. In 1974, I published my first book, The Financial Structure of French Capitalism, which allowed me to participate in ideological debates surrounding the left’s Common Program. When the left gained power in 1981, I was asked to advise Pierre Mauroy on bank nationalizations, and from 1985 to 1994, I served as an adviser and member of the Council of the Banque de France. In my new book, I recount the unique period between May and September of 1981 and the internal government debates which took place. On the one side were hardliners who advocated a strong break with liberal globalization and a nationalized French economy. On the other hand were reformists who argued that it was necessary to account for the changing global context in which policies were being made. The reformists were more cautious about expanding the public sector through nationalizations.

MA: What were the characteristics of the French economy that you outlined, and how did they shape the contours of this early debate?

FM: The debate within the left was hardly rooted in the realities of the French economy. Structurally, the French economy had undergone significant transformations in the 1960s and 70s, primarily through the consolidation of large corporations. For some, this corporate consolidation represented an alliance of domestic capital that was necessary to prevent the advance of foreign capital, particularly from the United States. The employers alliance consisted of Paris-Bas and its allies in banking, industry, and nationalized insurance companies. On the other side was the Suez Group, also composed of banking and industry, which saw the prospect of an alliance with American capital as an enormous opportunity. This was the position of Giscard d’Estaing, then President of the Republic. The conflict between the Gaulish RPR and Giscard Republicans represented the divisions between the banking and financial elites in the country.

On the left, the issue was less about globalization, and more about increasing state influence over these consolidated corporations. These companies significantly shaped public life, and yet the public had no influence on them. This was the motivation behind nationalizations.

MA: Given that this was the view of the left, how do you explain the transformation of French industrial and financial policy between 1981 and 1983?

FM: In 1981 and 1982, we nationalized a large number of banking, financial, and industrial companies. Globally, this coincided with the rise of neoliberalism and globalization. We were operating against the current. In June of 1982, and especially beginning in March of 1983, there were a series of speculative attacks on the franc which destabilized the left from the moment we took power. Very soon these had repercussions on wages, and by March of 1983 the continued speculative attacks led the party to take budgetary measures to reign in public finances and regain monetary credibility in the eyes of the global economy.

Financial liberalization began in the 1970s, and the strength of international monetary speculation continued to increase throughout the 80s. As long as global markets were able to attack the currency, we would not be able to carry out the reforms. Something similar happened in 1993 during the Maastricht Treaty negotiations. American speculators, fearing their interests were at stake, initiated a financial crisis of incredible magnitude. Since the 1970s, we’ve been living in a global regime entirely beholden to financial interests.

MA: Do you think the left had a viable alternative in 1983? Is there any way that these threats—capital strike, speculative attacks—could have been overcome?

FM: What is striking in the case of France is that both strategies, the hardline and reformist ones, were defeated. Those who advocated a hard rupture won initially: we nationalized 100 percent of parent companies in 1981, and strengthened workers rights with the Aurux laws in 1982. We passed a law democratizing public institutions through a tri-partite board of directors and employee representation. And, between 1981-1986, there were union-led social movements which sought to expand these efforts. But the privatizations that were undertaken from 1986 onwards went well beyond the nationalized industries. So the hard rupture was defeated. But the reformists were also defeated, since even social democracy today is in a pitiful state. Both were defeated for the same reason: globalization, which gives finance a disproportionate role in determining social and political life. States have become largely powerless in the face of these international forces.

To some degree, the problem with nationalizations was that they were expected to resolve too many problems. The nationalization program muted and numbed social movements; in this period (and I would argue the same is true today) the unions ceased to be agents of political change. They defend the interests of employees, and they try to avoid political confrontation. But they have not fought for structural transformations. The latter is, I think, what political parties have been for. So in our case there was an attempt at an alternative between 1981 and 1985. But the unions did not push the boundaries of what was being proposed after 1983. From then until now we’ve seen a division between the protection of employees’ interests and a more ambitious and far reaching political project. Codetermination—equal representation between financial stakeholders and employees—is the only issue that has crossed between the political and trade union world, and today it is advocated by the CFDT as well as the left. For France, I think this idea could be crucial.

MA: What do you see as the main lessons we can draw today from the experience of the Mitterrand government from 1981–1985?

FM: As I’ve mentioned, my theoretical roots are in both Marx and in Keynes. From a Keynesian approach, I think monetary questions are absolutely imperative. Neoliberalism presents currencies as nonpartisan, and places monetary policy in the hands of “independent” central banks. This means that nothing related to the issue of currencies, and therefore nothing related to the issue of credit, can be a matter of political power. But Keynes thought otherwise. Currency is created through loan allocation. When a central bank makes a loan, it creates currency. Loans are distributed based on the prioritization of needs. In this way private banks, and independent central banks, are deter- mining which needs get addressed and which are left behind. If we understand currencies endogenously, as emerging out of our social needs, then we see that the allocation of credit is a very political act.

Neoliberals think that currency creation is too serious to leave to the whims of politicians. But at a moment in which we desperately need to finance the transition to a green economy, we have to powerfully oppose this notion. The European Central Bank, or even the Federal Reserve, must be able to free up resources for the financing of renewable energy. In the name of neutrality, we have given up the ability of central banks to make these crucial monetary interventions. For this reason, active monetary policy is essential.

How should we understand the role of currencies today? They must be guided by some form of popular sovereignty. In Europe, the European Parliament should actively guide the policies of the ECB. At the moment, the ECB is not meant to intervene on behalf of any particular state. But let’s imagine that tomorrow, in the face of a public health crisis, Italy develops an interest rate problem. The ECB and the European Commission would form a troika, not to help Italy by buying public debt (that would go against the notion of neutrality). But Italy is far bigger than Greece, and if we don’t help Italy we are headed for massive and repeated crises. So this notion of neutrality is going to be hugely destructive in the long run. As far as ecological and welfare issues are concerned, it’s clear that credit should be allocated in the service of public goods provision, like hospitals, schools, and green infrastructure. If we increase public investment without changing our monetary institutions, we will accumulate public debts and see sky- rocketing interest rates. States will no longer be able to finance them- selves through financial markets. We have to look towards a Keynesian monetary policy in order to resolve this contradiction.

The second institutional reform I propose is codetermination, to a greater extent than we’ve instituted in Germany or Scandinavia. I propose full parity codetermination—that is to say that not only a firm’s deliberative bodies, but also its management should be decided equally by worker and employer representatives. That is how we can alter the structure of power relations within businesses. This applies both to companies and to banks. I anticipate that we will see a new approach to finance, production, and industrial relations if we institute policies of codetermination across the board. The two proposals go hand in hand: it’s about changing the form of consumption and production to meet public ends.

Third wayism and the problem of representation.

The problem of democratic representation has always turned on the question of the “have-nots”—that is, not only those without wealth and property, but also those marginalized on the basis of race, ethnicity, gender, origin, religion and education. Even in a…

In the 1980s, the left abandoned its language of transformation. Can it be regained?

Some time in 1991 I was invited to give a talk to the Andalusian Confederation of the Spanish Socialist Worker’s Party (PSOE). Afterwards, the secretary of the confederation walked me back to my hotel. I asked him why there was…