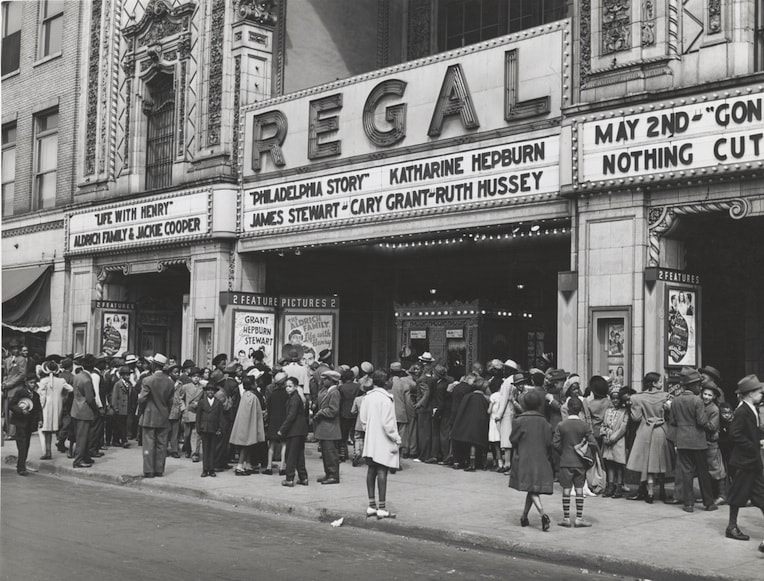 In his new book, In the Shadow of the Ivory Tower: How Universities Are Plundering Our Cities, Davarian Baldwin identifies an “increasingly parasitic” relationship between universities and the cities they occupy. Looking at Hartford, Phoenix, Chicago, and New York, Baldwin examines the hope and harm that comes with higher education’s growing control over housing costs, low-wage labor, policing practices, and political power; or what he calls “the rise of ‘UniverCities.”

Baldwin’s latest work expands upon his research on urban spaces and the Black diaspora. His previous publications include Chicago’s New Negroes: Modernity, the Great Migration, and Black Urban Life and a collection of essays co-edited with Minkah Makalani, Escape From New York! The New Negro Renaissance beyond Harlem. His Phenomenal Works recommendation, highlighting a 1945 ethnography of Chicago, offers an early look at the use of different methodologies to study and describe Black community formation, race relations, class, and social structure in urban America.

Even 75 years later, St. Clair Drake and Horace R. Cayton Jr.’s 1945 tome Black Metropolis: A Study of Negro Life in the Northern City remains my aspirational model for social scientific scholarship. Written by two graduate students, with an introduction from their comrade and friend Richard Wright, the text uses interdisciplinary methods strategically to offer a rare materialist analysis of urban inequality and community formation. Their work disrupts the dominant human ecology vision of the day, led by their mentors of the “Chicago School,” which saw the organization of cities emerging from an organic process dictated by the cultural tastes and temperaments of racial groups, rather than being driven by the accumulation of socioeconomic power. Drake and Cayton’s work directly challenged not only those who controlled their immediate professional fate, but also scholars who propped up the segregationist outlook of both the real estate industry and public policymakers in the Federal Housing Administration.

With the text at just under 800 pages, it’s easy to lose sight of the pathbreaking methodological brilliance found in Black Metropolis. For example, Drake and Cayton drew from South Side activists in the 1930s to offer one of the first academic uses of the term “ghetto” as an analytic for engaging the state-sanctioned racial segregation of African Americans in cities. Their “Black Ghetto” chapter overwhelms the dominant human ecological paradigm of their Chicago forbearers with detailed sociological data to document racial disparities in housing, labor, health, income, and other metrics—challenging any claims about the organic structure of cities. Drake and Cayton used the term “ghetto” to shed light on municipal policies like racially restrictive housing covenants, white vigilante violence, and financial divestment from Black communities, arguing that the racial organization of urban space looked not like a human ecology but fascism. Still, the authors immediately placed this sociological rendering of the “Black Ghetto” in conversation with an ethnographic account of what residents called “Bronzeville.”

The shift between the statistical and the ethnographic informs the authors’ multilayered analysis of the neighborhood’s racial and class dimensions. The “Bronzeville” chapter reads the racialized economic homogeneity imposed on the community alongside “non-economic factors” of the Black lived experience, providing a more nuanced understanding of class relations. They found that occupation, income, or even one’s relationship to the means of production inadequately measured how class was lived—especially in a community where many residents shared similar economic restrictions. Drake explains, “two stockyard workers getting the same wage are both proletarian in the Marxist sense, but one might be middle class” based on where they attended church, their social club affiliation, leisure pursuits, dress, and/or public behavior.

Drake nor Cayton dismissed the fundamental force of productive relations, but in their study of Black life, they knew they needed to delve deep into the cultural practices and associational life that shaped socioeconomic experience. This attention to both the political economy of everyday life and the cultural meaning of productive relations foreshadowed a similar shift by Marxist social scientists in the 1980s. The authors’ social and historical approach to racial hierarchy also led them to quickly dismiss the concept of “caste” in ways that anticipated today’s fascination with the term by authors like Isabel Wilkerson.

Black Metropolis was certainly not perfect. The book relied on heavily gendered ideas about “normal” and “deviant” community structure, especially when evaluating the social lives of Black women. In retrospect, Drake lamented their failure to engage in a more complex discussion of working-class urban culture while remaining silent about the “disreputable” behavior of the middle class. Yet even with these limitations, the book’s awe-inspiring mixture of statistical data, ethnographic texture, and cultural criticism was far ahead of its time and has still rarely been surpassed.

“What if infrastructure is designed, financed and adopted into the habits of everyday lives of its users in such a way that it is not a harbinger of apocalypse?” In…

As New Yorkers grapple with an uncertain future, the fiscal crisis of the 1970s and its aftermath are often invoked by the press and politicians. Today, “New York in the…

The rapid and expansive action taken by the Fed over the past two months in response to the coronavirus crisis has muddied the distinction between monetary and fiscal policy. In…