Adoration of the Calf 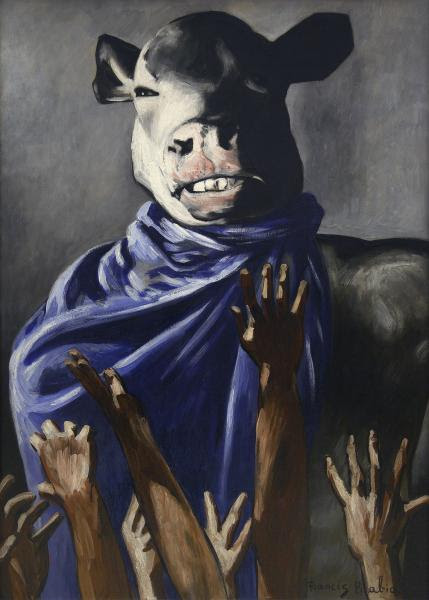 Recent weeks have seen proliferating analyses of the constitutional infrastructure of the US, and speculation over its ability to hinder the behaviors of a disruptive incumbent. New concerns reflect longstanding apprehension over the stability of presidential regimes.

A 1990 article by sociologist JUAN JOSE LINZ offers insight into the structural limitations of presidential systems, and their political consequences.

“Presidential constitutions incorporate contradictory principles and assumptions. On the one hand, such systems set out to create a strong, stable executive with enough plebiscitarian legitimation to stand fast against the array of particular interests represented in the legislature. Interest group conflict then bids fair to manifest itself in areas other than the strictly political. On the other hand, presidential constitutions also reflect profound suspicion of the personalization of power. The fundamental contradiction between the desire for a strong and stable executive and the latent suspicion of that same presidential power affects political decision making, the style of leadership, the political practices, and the rhetoric of both presidents and their opponents in presidential systems. It introduces a dimension of conflict that cannot be explained wholly by socioeconomic, political, or ideological circumstances.

Among the oft-cited advantages of presidentialism is its provision for the stability of the executive. This feature is said to furnish a welcome contrast to the tenuousness of many parliamentary governments, with their frequent cabinet crises and changes of prime minister. But the superficial volatility of parliamentary systems obscures the continuity of parties in power, the enduring character of coalitions, and the way that party leaders and key ministers have of weathering cabinet crises without relinquishing their posts. Precisely by virtue of their surface instability, they often avoid deeper crises. An embattled president can use his powers in such a way that his opponents might not be willing to wait until the end of his term to oust him, but there are no constitutional ways-save impeachment or resignation under pressure-to replace him. There are, moreover, risks attached even to these entirely legal methods; the incumbent’s supporters may feel cheated by them and rally behind him, thus exacerbating the crisis. The intense antagonisms underlying such crises cannot remain even partially concealed in the corridors and cloakrooms of the legislature. What in a parliamentary system would be a government crisis can become a full-blown regime crisis in a presidential system.”

PhD Candidate in Political Science at UCLA BRIAN T. HAMEL examines the relationships between the distribution of state provisioning programs and political outcomes. His job market paper accounts for a distinction between policy and outcomes, in the context of New Deal economic relief programs.

“The theory of retrospective voting predicts that voters are responsive to policy outcomes, but not the policies, programs, and provisions that may have produced those outcomes. I reevaluate this claim. Using a difference-indifferences design, I show that counties that received more New Deal economic relief money became more Democratic than counties that received less money regardless of changes in local macroeconomic conditions. Additionally, I find that voters were particularly responsive to direct financial assistance programs relative to economic stimulus spending, as well as suggestive evidence that the media facilitated these policy-based voting responses. Finally, while the effects of economic change are transient, the effects of New Deal spending on Democratic support in presidential elections have persisted through to today. My results suggest that voters reward and punish incumbents not just for policy ends, but for policy, too.”