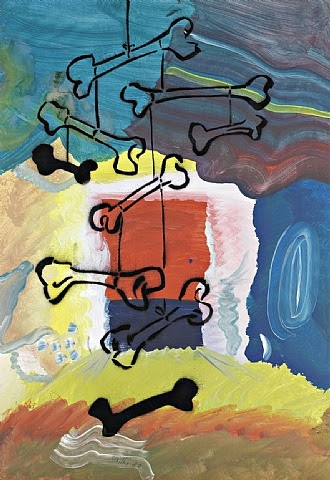 A new paper from the Center for Effective Global Action at Berkeley surveys a topic important to our researchers here at JFI: the question of long-run effects of interventions. In our literature review of cash transfer studies, we identified the need for more work beyond the bounds of a short-term randomized controlled trial. This is especially crucial for basic income, which is among those policies intended to be permanent.

The authors of the new Berkeley report, Adrien Bouguen, Yue Huang, Michael Kremer, and Edward Miguel, note that it’s a particularly apt moment for this kind of work: “Given the large numbers of RCTs launched in the 2000’s, every year that goes by means that more and more RCT studies are ‘aging into’ a phase where the assessment of long-run impacts becomes possible.”

The report includes a summary of what we know about long-run impacts so far:

“Section 2 summarizes and evaluates the growing body of evidence from RCTs on the long-term impacts of international development interventions, and find most (though not all) provide evidence for positive and meaningful effects on individual economic productivity and living standards. Most of these studies examine existing cash transfer, child health, or education interventions, and shed light on important theoretical questions such as the existence of poverty traps (Bandiera et al., 2018) and returns to human capital investments in the long term.”

Also notable is the last section, which contains considerations for study design, “lessons from our experience in conducting long-term tracking studies, as well as innovative data approaches.” Link to the full paper.

Understanding why local crime may increase during an economic boom

In a fascinating new job market paper, Texas A&M Phd candidate BRITTANY STREET examines the puzzling incidents where crime increases in response to economic prosperity. To properly analyze these black swan cases, Street isolates “the effect of local economic opportunity from the effect of changing composition due to in-migration” during periods of economic boom. Street uses the recent boom in hydraulic fracturing in North Dakota as a case study and finds that “economic expansion leads to a 22 percent reduction in criminal cases.”

“Local residents engage in less criminal activity at the start of the boom with a smaller effect in later years. Effects are largest and most robust for drug offenses, and are shown across all counties with fracking activity. Results suggest that residents reduce their criminal activity in response to improved job opportunities, but that other changes from local economic shocks, such as peer composition, seem to reduce this effect. This is consistent with economic opportunities reducing crime and highlights the role of compositional changes on the aggregate effects on crime.”

Link to the paper. And link to an explanatory thread by Street.

In this new section of the JFI Letter, we will be highlighting great work from a graduate student each week. Have you read any excellent student work recently that you’d like to see shared here? Send it our way: editorial@jainfamilyinstitute.org.