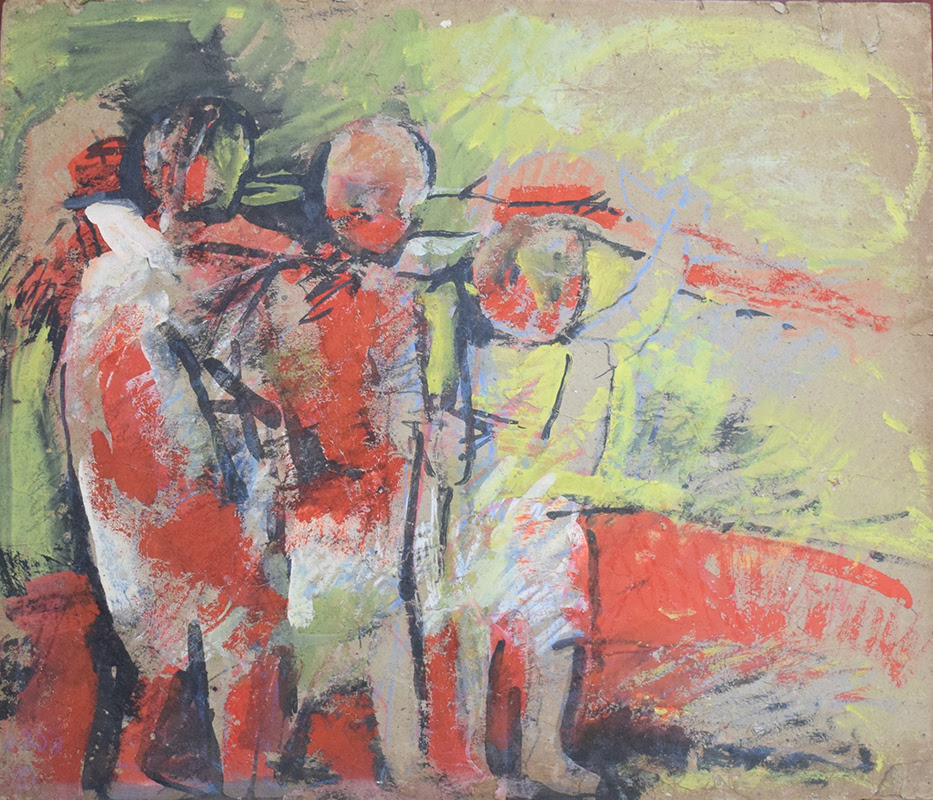 This week, approximately 50 million workers in India engaged in a national strike against what they see as the “anti-people policies” of Narendra Modi’s government. The public banking sector experienced one of the largest disruptions, with employees protesting government proposals for privatization.

“Nationalization in 1969 brought the 14 largest commercial banks under the direct control of the Indian Central Bank. Following this, the Central Bank launched an ambitious branch expansion program, which sought both to expand the rural bank branch network and equalize individual access to banks across Indian states. To ensure that rural branch expansion translated into increased credit and savings opportunities for the rural population, the Central Bank regulated banks’ deposit-taking. Between 1969 and 1990, rural lending rates were kept below urban lending rates, with the opposite being true of savings rates. After bank nationalization, the Central Bank also mandated that banks’ lending portfolios meet lending targets with respect to ‘priority’ sectors. These included loans to small businesses and small-scale entrepreneurs, and to agriculture. Finally, to ensure that banks did not concentrate their lending in urban areas, the Central Bank required that every bank branch maintain a credit-deposit ratio of 60 percent within its geographical area of operation.

Our focus is on examining the impact of the branch-expansion program on rural poverty.  Between 1961 and 2000, the number of branches opened in rural unbanked locations in our sample states increased from 105 to 29,109. Eighty percent of this expansion occurred between 1977 and 1990. After 1990, there was no further expansion into unbanked rural locations. Indian national household survey data document a dramatic rise in the importance of banks as a source of rural household credit. Between 1961 and 1991, bank borrowing as a share of total rural household debt increased from 0.3 percent to 29 percent. Evaluated at the sample mean, we find that rural branch expansion can explain a 14 to 17 percentage point decline in rural headcount—roughly half the overall fall across the period. Economic growth overall, and of nonagricultural output in particular, has been linked to rural poverty reduction over the period. Rural branch expansion promoted growth in sectors, which have been shown to affect rural poverty most strongly.”

+  “The near total neglect of rural credit in the first phase of financial sector reforms is largely responsible for the current sorry state of the rural credit delivery system.” N.A. Majumdar on the 1991 banking sector reforms. Link. And M. G. Bhide, A. Prasad and Saibal Ghosh analyze the reforms’ effects on state bank performance and capitalization. Link.

+  A 1998 article by B. Sakunthala and K. Sainath Nemali examines collective bargaining in the Indian banking sector, with a particular focus on the All India Banks Employees Association and the National Confederation of Bank Employees, two of the main unions which participated in the recent national strike. Link.

+  “It seems that the 1967 electoral debacle convinced Mrs. Gandhi, who during her first term as Prime Minister had pursued a merely technocratic approach to the problems of the day, of the need for the party to take a leftist turn.” Michelguglielmo Torri on Indira Gandhi’s decision to pursue bank nationalization. Link.

In her job market paper, YINAN LIU, Assistant Professor at Renmin University of China, looks at Medicaid long-term care following a provision in the 2006 Deficit Reduction Act to restrict access based on home equity.

“In the last two decades, there has been a substantial increase in long-term care (LTC)
expenditures in the United States. Total LTC expenditures rose from $125 billion in 1996 to $350 billion by 2016. This rapid growth of LTC spending is due to two reasons: high demand and huge cost. About 42% of adults aged 65 and above have reported functional limitations in 2017. Meanwhile, the cost of LTC is overwhelming compared to seniors’ income. Before 2006, the primary residence was a non-countable asset when determining eligibility for Medicaid LTC services, and therefore acts as a popular channel for sheltering assets. However, after the passage of the Deficit Reduction Act (DRA) in 2006, individuals with home equity above $500,000 were not able to receive payments for Medicaid LTC services. This is the largest change to Medicaid LTC eligibility since its enactment in 1965. I find that in response to the DRA, single elderly individuals reduced their home equity by $66.75K (12.1%), while increasing non-LTC consumption by $10.5K (22.5%). Using these findings and a two-stage budgeting model, I then estimate that seniors’ willingness to pay for Medicaid LTC is $1.2 per dollar of its net resource cost.”

+   “Economic War and the Commodity Shock.” Join Phenomenal World on Friday, April 8 at 11 am ET for a conversation with Javier Blas and Nicholas Mulder on sanctions and commodity markets, moderated by Alex Yablon. Register here.

+   “Where I get off the boat with the Rawls-Nozick debate is that I am not talking about Country A and Country B in the abstract past, present or future. I am discussing the relations between the United States and Haiti.” New on PW, Lily Hu interviews Olúfẹ́mi Táíwò. Link.

+   Adriano do Vale on the doctrine of central bank independence in the 1920s. Link. And see Aditi Sahasrabuddhe’s PW essay on the history of CBI. Link.

+   An analysis of 134 debt default and restructuring events in 52 countries between 1980 and 2018. By Aitor Erce, Enrico Mallucci, and Mattia Picarelli. Link.

+   “We find that SSI removal increases the number of criminal charges by a statistically significant 20% over the next two decades.” Manasi Deshpande and Michael G. Mueller-Smith examine long-term effects of changes ushered in by the 1996 welfare reform law. Link.

+   Betty Espinosa, Ana María Goetschel, and Fernando Carrasco on the reform of Ecuadorian universities under Rafael Correa and a regional move towards a globalized university system. Link.

+   “This paper assesses the long-run economic development of China by constructing a new estimate of male occupational structure during 1734-1898 by sector, sub-sector pattern, and region. This paper demonstrates that the national male occupational structure was nearly identical in 1761-70, 1821-30, 1881-90, suggesting a long-lasting structural stasis of the national economy, allowing for fluctuations between benchmark dates. Within agriculture, substantial regional differences in labor organization are found. Three distinct models are found: the Northern Regions model features a high usage of wage labor, the Yangtze Valley model presents a high level of tenancy development, and the Southern Regions model displays the highest share of landowners.” By Cheng Yang. Link.