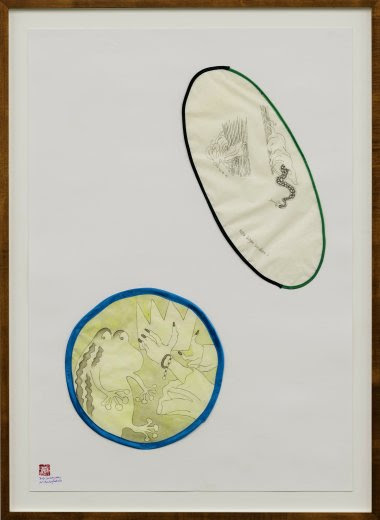 Explanations for the absence of a universal healthcare program in the United States tend to focus on the obstructive role of the American Medical Association, which, via an extensive lobbying campaign, prevented the passage of a national health insurance plan in 1945. Much less attention has been paid to the diverging and often contradictory interests of organized labor during this period.

In her 2006 book, JILL QUADAGNO considers the relationship between industrial policy and healthcare reform, analyzing how the labor movement came to unify behind private insurance providers by the late 1940s.

“Although Taft-Hartley outlawed independent, union-run welfare funds through a provision that employers had to share equally in the administration of any pension or health plan, it had left unresolved the issue of whether employers had to bargain over fringe benefits. In 1948 the National Labor Relations Board ruled that fringe benefits were subject to collective bargaining, a decision that was upheld by the Supreme Court. Then in 1949 the Wage Stabilization Board, whose job was to keep inflation from wage increases under control, determined that fringe benefits were not inflationary. With many options for increasing membership closed off, union leaders made bargaining for fringe benefits a top priority. Fringe benefits became organized labor’s key strategy for recruiting and retaining members. Over half of strikes in 1949 and 70 percent in 1950 were over this issue.

Between 1946 and 1957 the number of workers covered by negotiated health insurance plans rose from 1 million to 12 million, plus an additional 20 million dependents. Close to 95 percent of industrial workers represented by the CIO were covered, compared to only 20 percent of skilled craft workers affiliated with the AFL. As for national health insurance, most industrial unionists now ‘gave [it] only lip service.’ Private health insurance ‘had taken the heat off.’ The expansion of private health benefits divided the working class into those who had health insurance and those who did not, and it transformed the way organized labor mobilized politically. Instead of requiring leaders who could inspire the troops to stand by the barricades, the labor movement needed leaders who could master complex financial instruments. The next battle would be won by policy experts with calculators, not charismatic militants who could issue a call to arms.”

PhD candidate in Economics at the University of Oregon LUCIANA ETCHEVERRY studies development and labor economics. In a 2020 paper, Etcheverry examines the labor market outcomes of a family policy in Uruguay that allows new parents to receive full-time pay for half-time work.

“I study the introduction of a novel form of family policy implemented in Uruguay in 2014: A subsidy that allows parents employed in the formal-private sector to work half-time while receiving full-time pay, from the time maternity leave ends, and until the child is 6 months old. Even though both mother and father can alternate access to the parental care subsidy, in practice, approximately 98 percent of beneficiaries at any given month are women, highlighting an extreme gender gap in utilization. I leverage the fact that public sector workers and informal workers do not have access to the new subsidy and thus can serve as a control group within the sample of employed mothers of infants. I find that mothers are more likely to be employed following the implementation of the parental care subsidy in the short and medium-term. This effect is driven by an increase in the likelihood of being employed in the formal-private sector, specially by disadvantaged mothers (those who are less educated). Mothers of young children employed in the formal-private sector have a significant increase in income and job experience compared to mother of young children employed in other sectors. However, the policy seems to not affect hours worked. Overall, this study provides novel evidence that extensions of flexibilities after birth in the form of fully paid half-time employment causes higher labor force attachment for female workers in the short and medium-term, specially for disadvantaged mothers.”