Clinging to the Shoulders 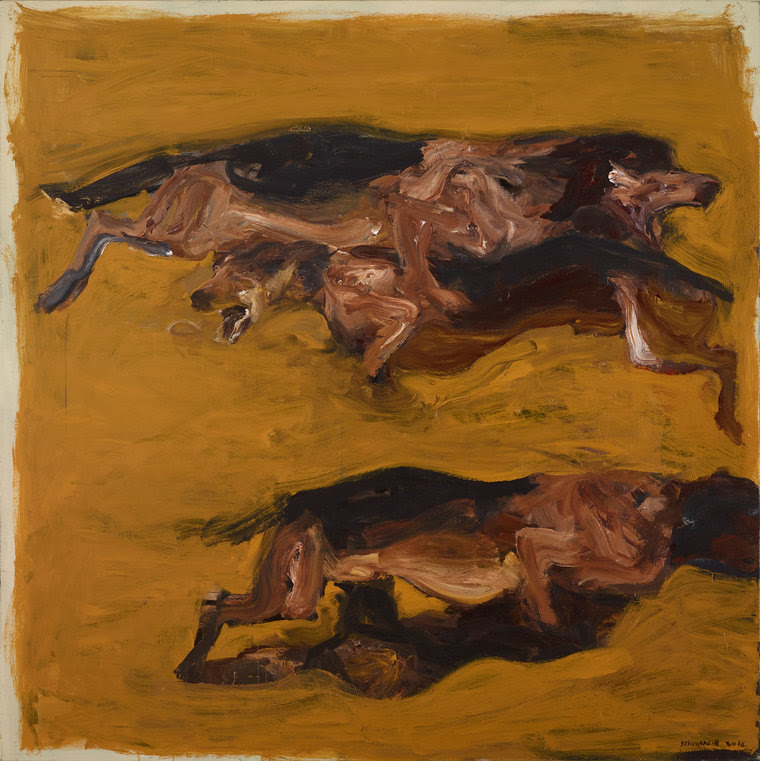 Serwan Baran, Clinging to the Shoulders, 2016.

In March of this year, the London Metal Exchange suspended trading in nickel after a 250 percent price hike brought its value to $100,000 a ton. The cancellation has shaken the commodities exchange’s reputation, and inspired a series of fierce lawsuits calling bias.

It’s not the first time that the exchange has become the site of global economic tensions. In a 2020 article, JACK SEDDON examines the organization’s micropolitics at the turn of the century.

“Since its inception in 1877, the LME has distinguished itself from futures markets in the United States through its physical-trade-orientated rather than finance-orientated membership and structure. Traditional members understood themselves to be ‘metals men,’ whose personal fortunes, and those of the market collective, depended on the success of the international metals trade. Yet, the growth in financial contracts traded on the exchange relative to underlying physical production has advanced in the three decades since banks and financial groups joined the market. In the 1970s, some 80% of trading on the LME was driven by firms (producers, fabricators, and end users) with a genuine commercial interest in metals as such. The remaining 20% was conducted by financial investors without such an interest. Now, a physical trading base of around 30% supports a huge superstructure of financial activity.

This transformation is the result of gradual changes at the political and institutional level which weakened the long-standing coalition between traditional metal merchants and the LME stewards who maintained the physical-trade-orientated market structure. Demutualization in 2000 and outside regulation shaped by and for powerful banking groups reduced the number and influence of LME members owned by physical mining companies and end users of metals. As miners, fabricators, and end users were marginalized, a column of high-speed traders on the proprietary trading desks of banks and hedge funds filled the gap, in the process transforming the nature of trading on the exchange. The interests and ideals pursued in the LME are thus conditioned by physical-trade-orientated institutional legacies and intense distributional conflicts between traditional metals merchants and financial market participants.”

+  “Many observers agree that the LME’s 1978 futures trade for aluminum reshaped global markets and the strategies of the main industry actors, but little attention has been paid to the factors behind this change.” A 2018 article by Marco Bertilorenzi examines how EU policymakers shaped global commodities markets. Link.

+  “In conjunction with the LME, international metal trading companies effectively checked oligopolistic efforts by large copper producers in an era when other producer industries like oil and steel came to be defined by such competition.” Nathan Delaney’s 2018 dissertation examines the development of the transatlantic copper market from 1870 to 1930. Link.

+ A 1991 ECLAC report on “the metal exchanges and their incidence in the development of mining in Latin America and the Caribbean.” Link. And see the transcript from an April PW event on commodity markets and the Russia sanctions. Link.

Poverty & Race in the American South

Regina Baker is Assistant Professor of Sociology at the University of Pennsylvania. In a new paper, she analyzes the impact of state institutions on inequality and poverty in the American South.

“Building on literatures on racial regimes and the legacy of slavery, this study conceptualizes and constructs a novel measure of the historical racial regime (HRR) and examines how HRR influences contemporary poverty and racial inequality in the American South. The HRR scale measures different manifestations of the U.S. racial regime across different historical periods—slavery and Jim Crow—and is based on state-level institutions including slavery, sharecropping, disfranchisement, and segregation. The analyses use Luxembourg Income Study data (2010–18) for 527,829 Southerners. Results show that residing in a state with stronger HRR is not significantly associated with greater poverty for all and especially not among White Southerners. Rather, a higher level of HRR worsens Black poverty and especially Black-White inequalities in poverty. Further, HRR explains a significant share of the Black-White poverty gap. This study demonstrates the enduring influence of historical state institutions on contemporary poverty and racial inequality.”

+   Join us on June 22 at 4pm ET (note the time change) for the launch of Diminishing Returns, a new book on the politics of secular stagnation. Featuring: Mark Blyth, Lucio Baccaro, Oddný Helgadóttir, Eveleyne Hübscher, and Jonas Pontusson. Register here.

+   “Helleiner shows that neomercantilism could be highly exploitative and autocratic, harnessed for liberation movements, or provide a basis to pursue social reform.” New on PW, Justin Vassallo reviews Eric Helleiner’s The Neomercantilists. Link.

+   On July 1 at 1:30pm ET, join us for a conversation on resource nationalism in Latin America and the politics of decarbonization, moderated by Alex Yablon and featuring Thea Riofrancos, Miguel Angel Marmolejo Cervantes, Martín Obaya. Link to register.

+   Skanda Amarnath on the recession risk following the announcement of the Fed interest rate hike. Link. And Robert Armstrong on the current state of the US economy. Link.

+   “This paper builds a new dataset on bank ownership and finds no evidence of a negative correlation between state-ownership of banks and economic growth.” New research from Ugo Panizza. Link.

+   Mukul Kumar looks at the expansion of coal plants on India’s coasts over the past three decades. Link.

+   Robert Huang and Matthew Kahn find that the carbon footprint of US public transit has not significantly decreased from 2002 to 2019. Link.

+   “To conduct this investigation into the relative importance of mechanization, we analyze the remarkably detailed data in the U.S. Commissioner of Labor’s 13th Annual Report on Hand and Machine Labor (HML). It recorded all individual tasks from start to finish associated with the production of over 620 highly specific manufactured goods using ‘machine methods’ in the late 19th century, along with those involved in the production of the same good by the traditional ‘hand methods.’ We find that (1) the more frequent use of inanimate power in factory production had significant positive effects on labor productivity but that (2) these effects accounted for just one-third of the average difference in production operation times between hand and machine labor. We then conduct a broader study of the roles of other factors, including the division of labor and the adoption of high-volume production. We find that these additional factors are of roughly similar importance in accounting for the average difference in productivity between hand and machine labor.”  By Jeremy Atack, Robert A. Margo, and Paul W. Rhode. Link.