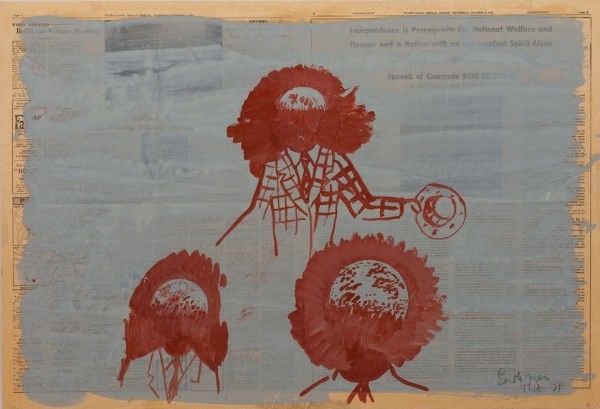 A recent Foreign Policy op-ed by JASON HICKEL examines “green growth,” a policy that calls for the absolute decoupling of GDP from the total use of natural resources. Hickel synthesizes three studies and explains that even in high-efficiency scenarios, economic growth makes it impossible to avoid unsustainably using up natural resources (including fossil fuels, minerals, livestock, forests, etc).

“Study after study shows the same thing. Scientists are beginning to realize that there are physical limits to how efficiently we can use resources. Sure, we might be able to produce cars and iPhones and skyscrapers more efficiently, but we can’t produce them out of thin air. We might shift the economy to services such as education and yoga, but even universities and workout studios require material inputs. Once we reach the limits of efficiency, pursuing any degree of economic growth drives resource use back up.”

The op-ed sparked debate about the state of capitalism in the current climate crisis, most notably in an Bloomberg op-ed by NOAH SMITH, who claims that Hickel is a member of “a small but vocal group of environmentalists telling us that growth is no longer possible—that unless growth ends, climate change and other environmental impacts will destroy civilization.” Though Smith’s op-ed doesn’t directly engage with many of Hickel’s points, his general position prompted a clarifying (and heated) response from Hickel:

“Noah is concerned that if we were to stop global growth, poor countries would be ‘stuck’ at their present level of poverty. But I have never said that poor countries shouldn’t grow—nor has anyone in this field of study (which Noah would know had he read any of the relevant literature). I have simply said that we can’t continue with aggregate global growth.

…
While poor countries may need some GDP growth, that should never—for any nation, rich or poor—be the objective as such. The objective should be to improve human well-being: better health, better education, better housing, happiness, etc. The strategy should be to target these things directly. To the extent that achieving these goals entails some growth, so be it. But that’s quite different from saying that GDP needs to grow forever.”

Life under the Old Poor Law

The positive or distortionary effects of welfare are the subject of familiar contemporary policy debate, but these arguments have been ongoing in similar form for centuries—at least since the Poor Laws, early systems of poor relief in England that date back to 1601.

In an ambitious research project that will bring more evidence to these questions, historians ALANNAH TOMKINS and TIM HITCHCOCK have begun to examine the vast archives of parish-level overseers’ vouchers—”handwritten papers typically generated whenever the parish incurred a debt”—in order to glean detailed information about the lives of regular people, poor and not, during the time of the Old Poor Law. From the project website:

“Very little is known about the midwives, tailors, workhouse mistresses, butchers and others who serviced the parish. These vouchers provide information about the identities of those who were paid for goods and services for the poor, and also reveal the scale of income to be gained by working on behalf of the parish. Additionally, they expose the networks of traders who benefited from the business—and those who did not—and the longevity of these relationships. The social and economic bonds forged between the poor and the non-poor are fully reflected at the most granular scale in these everyday sources.”

The project will permit new examinations of the history and effects of welfare that was previously impossible because of the difficulties of using the source materials:

“The presence of vouchers in parish collections has long been acknowledged, but their utility for historical research has been wholly disregarded owing to the significant technical challenges of using them. Where they survive vouchers can be tightly or chaotically folded, diverse in format, and of variable legibility, offering uncertain returns for the lone investigator.”