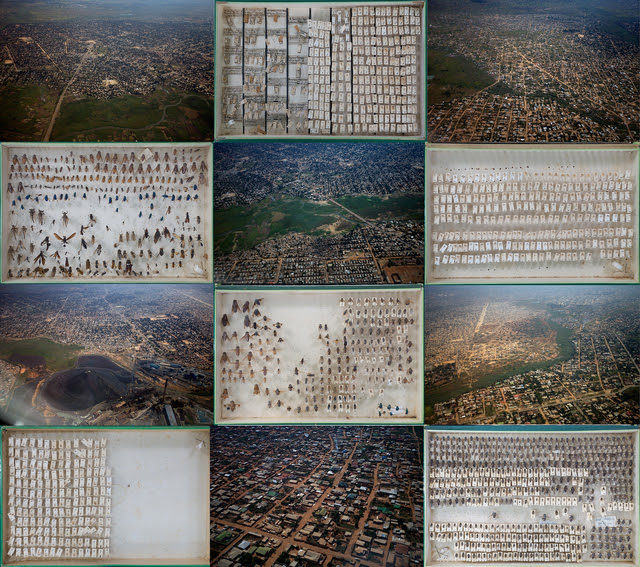 This week marked the 640th anniversary of the 1381 Great Rising, a rebellion which swept across medieval England demanding an end to serfdom and an overhaul of the legal system and the aristocracy.

A 2009 book edited by A. Haroon Akram-Lodhi and Cristóbal Kay examines the past, present, and future of peasant studies, paying close attention to the impact of globalization on configurations of rural power.

“Agrarian restructuring has altered the land-, labour- and capital-intensity of production, in ways that have profoundly altered the terrain of the agrarian question. In Brazil and Vietnam, significant linkages between the export-oriented and peasant production subsectors has facilitated an asymmetrical but mutually reinforcing expansion of both subsectors, and consequently domestic demand. In both, the agricultural export sector now drives growth that, through its impact on product prices and wages, fosters increases in domestic demand in the rural economy in the first instance, but also more generally in the economy as a whole. Within both Brazil and Vietnam, rural accumulation continues to be of importance for both capital and labour and, in this sense, the classical concerns of the agrarian question remain salient.

By countrast, in countries as varied as Bolivia, Egypt, Ghana, Guatemala, Honduras, India, Indonesia, Kenya, Morocco, Namibia, Pakistan, Peru, the Philippines, South Africa, Tanzania, Tunisia, Uganda, Uzbekistan and Zimbabwe, the processes of market-led land appropriation can be witnessed, though contingent trajectories of variation have produced manifestly different outcomes in specific settings. In particular, higher-value agricultural exports are an important determinant of aggregate rates of rural accumulation, but substantially weaker linkages between the export and peasant subsectors have fostered a significantly weaker distribution of the gains from rural accumulation and thus equality-deteriorating patterns of rural growth. Indeed, the greater emphasis on higher-value agricultural exports, coupled with devaluations and the removal of import restrictions resulting from ongoing structural adjustment in agriculture, has effectively, and in some cases deliberately, neglected agricultural production for the home market. Thus a range of countries in Africa, Asia and Latin America are increasingly engaged in the production of specialist farm output for niche consumer markets in developed capitalist economies, usually under the aegis of agro-food transnational corporations operating upstream in the commodity chain. The result, in many countries, has been to generate a reproduction squeeze within the increasingly fragmented peasant sector.”

FELIPE FORD COLE is the Sherwood Fellow at the University of Pennsylvania Law School. In a chapter co-authored with Juan Flores Zendejas, Ford Cole examines the role of sovereign debt and intervention in Latin America in the 19th century.

“The 19th century witnessed a high number of of episodes in which a government’s failure to repay its debt led to the erosion of a country’s sovereignty. In the most extreme cases, such disputes would trigger the intervention of European powers—mostly Britain and France—and the establishment of colonial regimes. Interestingly, the colonial wars and foreign control commissions that could be observed in Southern Europe, North Africa, and the Middle East were seldom seen in Latin America. This is odd given that Latin American governments frequently defaulted on their external debts during this period. Different episodes of sovereign defaults witnessed the rise of merchant banks and other, private agents as actors with capacities to alter the economic policies of a country, or to exert different types of control over public revenues, expenditures, and monetary policy. But this does not mean that more heavy-handed options to force repayment were absent. As shown in the Mexican, Venezuelan, or Central American cases, the threat of external interventions existed as the region also fell into the field of imperial competition. Recognition between Latin American nations and European powers that came with independence in the 1820s meant that they enjoyed the right to non-intervention. But because Latin American nations were considered throughout the 19th century as part of a semi-periphery, neither colonized nor within the family of ‘civilized’ nations, they could not enforce this right against the same European powers when they sought to enforce debt claims.”

Each week we highlight research from a graduate student, postdoc, or early-career professor. Send us recommendations: editorial@jainfamilyinstitute.org