Flower Meadow in the North 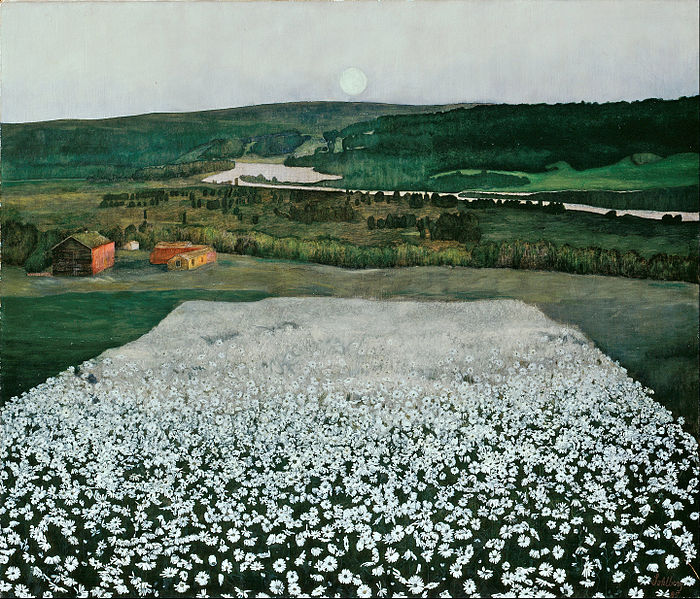 Title IV of the Higher Education Act of 1965 permits certain postsecondary institutions to be eligible for federal financial aid funds. A wide variety of programs are Title IV eligible: public, private, for-profit, vocational. Yet there are also a vast number of non-Title-IV (NT4) programs, offering credentials, certifications, and various forms of training—and neither the Department of Education, nor any other body, collects unified data on all these programs. How many students attend them? What subjects are they learning? What are their outcomes?

There’s only been one recent paper that’s made a serious attempt to understand the scale of NT4 programs. In a 2012 working paper, Stephanie Cellini and Claudia Goldin calculated that NT4 institutions educate 27% of students enrolled in for-profit institutions each year (670,000 enrollments).

A 2017 paper by Jessie Brown and Martin Kurzweil for the American Academy of Arts and Sciences attempts to map the alternative postsecondary landscape, including “certificate programs; work-based training; skills-based short courses; MOOCs; and competency-based education programs.” That paper finds that these programs are growing:

“While each of these alternatives has roots that reach back decades if not longer, for a number of reasons, alternatives have increased in size, diversity, and importance in recent years, and are likely to continue to grow. Though the length and cost of alternative programs vary, most last for less than two years and cost significantly less than a four-year degree, the cost of which continues to rise rapidly… A characteristic feature of all the programs discussed is their flexibility to align directly with specific employer needs and competencies in skill-based fields. Despite these reasons for their appeal and likely growth, evidence of the efficacy and value of these alternatives—for students and taxpayers—is still thin.”

As the debate over the skills gap continues and the cost of college soars, the obscurity in which these programs operate becomes increasingly untenable. Link to that paper.

New evidence on the fallout of welfare block grants

In a forthcoming paper, Columbia economics postdoc ZACHARY PAROLIN produces new evidence of the deleterious effects of 1996 welfare reform—specifically, the decision to turn the federally administered Aid to Families With Dependent Children (AFDC) to the state-administered Temporary Assistance to Needy Families (TANF) program. Parolin conducts a detailed audit of the cross-state differences in spending prioritization that emerged through TANF, and elucidates the relationship between a state’s racial composition and its allocation of resources. He finds that states with higher black populations, in keeping with racist anti-welfare rhetoric, focus more of their spending on “family formation” programs, rather than cash assistance, and that this has contributed to the black-white child poverty gap.

“Since the program’s implementation, states have been granted broad discretion in deciding how to allocate TANF resources, so long as the programs or policies funded can be deemed to serve one of four purposes: (1) the provision of cash assistance, (2) the promotion of “job preparation, work, and marriage,” (3) the prevention of “out-of-wedlock pregnancies,” and (4) the “formation and maintenance of two-parent families.” Research on state heterogeneity in TANF has narrowed in almost exclusively on the first of these four purposes, highlighting regional differences in TANF cash benefit levels or barriers to the receipt of cash assistance. This strict focus on cash assistance, however, misses more than three-fourths of the program’s expenditures: in 2014, the average state allocated only 22.6 percent of its budget toward the provision of cash assistance.

Black children in the United States are more than twice as likely as white children to live in poverty. While past research has primarily attributed this phenomenon to the family structure of black children, this paper investigates how state-level heterogeneity in social assistance programs contributes to the black-white child poverty gap. I find that racial inequities in states’ administration of the Temporary Assistance for Needy Families (TANF) program contributed to the impoverishment of approximately 256,000 black children per year from 2012-2014. State-year panel data demonstrates that states with larger percentages of black residents are less likely to prioritize the ‘provision of cash assistance’ but more likely to allocate funds toward the ‘discouragement of lone motherhood.’ Neutralizing inequities in states’ TANF spending priorities would reduce the black-white child poverty gap by up to 15 percent—comparable to the reduction effect of moving all children in single-mother households to two-parent households.”