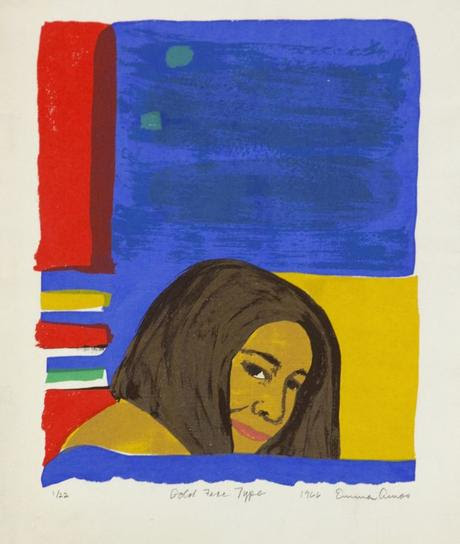 Ongoing interest rate hikes by the Federal Reserve combined with the recently published “mini-budget” have sent the UK economy into turmoil, prompting the Bank of England to buy £65 billion in long term government securities.

In a 2021 article, DANIELA GABOR examines the reemergence of monetary financing, and its implications for central bank independence.From the paper:

“Revolutions in central banking do not occur very often. That, it is typically agreed, is a good thing. Yet, since the global financial crisis, we seem to be on the verge of a revolution, as central banks have resorted to increasingly large purchases of government bonds. The return to monetary financing threatens the common wisdom of the past 40 years, that the monetary and fiscal arm of the state should operate separately from each other to avoid ‘fiscal dominance’. But even its most zealous guardians—central banks —recognise that monetary policy cannot single-handedly address deep economic crises without support from fiscal policies. Even as their footprint in government bond markets grows rapidly, central banks have been at pain to argue that the ‘inevitable strengthening of the interplay between monetary and fiscal policies’ should not be interpreted as a return to fiscal dominance. Rather, large scale purchases of government bonds can be a legitimate and effective monetary policy tool.

This paper disentangles the claims that we are witnessing a revolution in central banking. It argues that not all central bank purchases of government bonds are alike, but they should be evaluated against the objectives of the interventions and the broader macro-financial setup of the economy. It distinguishes two regimes of monetary financing—shadow vs sub-ordinated—across (a) objectives of intervention, (b) targets, (c) institutional hierarchy, (d) macroeconomic paradigm, and (e) accumulation regime/distribution of political power. From this perspective, w are living through a revolution without revolutionaries, in which large central bank purchases of government bonds should not be interpreted as a return to Keynesian powerful fiscal authorities and emasculated central banks.”

+  “We study how from its foundation as a private corporation in 1694 the Bank of England extended large amounts of credit to support the British private economy and to support an increasingly centralized British state.” On the Economic History Society Blog, Patrick O’Brien and Nuno Palmaconsider the Bank of England’s role in Britain’s fiscal-military state. Link.

In her job market paper, PhD candidate at the Wharton School at UPenn ANGELA GUNN investigates the effects of state and federal policy on interstate waters.

“I investigate spillover effects of state-level water quality enforcement on interstate waters. To separate the effect of state-level policy from other sources of water quality variation, I measure water quality downstream of a state before and after the state receives federal authorization to conduct its own pollution permitting program.  I construct an index of water quality at the stream segment-year level using dissolved oxygen saturation readings from 1977 through 2020. I match this water quality index to a geospatial data set of virtually all rivers and streams in the continental United States in order to classify a segment’s exposure to upstream out-of-state waters. I find negative downstream spillover effects of up to 0.08 standard deviations, concentrated in the Northeast and Southeast. I additionally investigate whether interstate water compacts and political cooperation reduce cross-state spillovers. I find suggestive evidence that water quality on border rivers increases when neighboring states share political affiliation. Finally, I find evidence that interstate cooperative agreements have potential to resolve cross-state inefficiencies, but that cooperation is fragile.”

+   “I argue that the Chinese central government’s investment in high-speed railways is shaped by the bottom-up bargaining efforts of the territorial governments.” New on PW, Lizhi Liu interviews Xiao Ma on China’s high-speed rail network. Link.

+   “Given the challenges of our own day, policymakers could learn from Burns’s commitment to collaborating with Congress and the White House to bring all the possible tools to bear to support price and financial stability.” Chris Hughes rethinks the legacy of Arthur Burns. Link.

+   Phillip B. Levine and Dubravka Ritter on the US racial wealth gap and access to financial aid. Link. And see JFI Lead Researcher Laura Beamer‘s report on financial aid and cost deception at US universities. Link.

+   Eric Vázquez on Bitcoin and dollarization in El Salvador. Link.

+   “The Big Three automakers are using the transition to electric cars as an opportunity to bring on an underclass of nominally unionized but lower-tier workers, or to skip unions at new factories altogether.” Lee Harris’s investigates worker conditions and unionization in the electric vehicle industry. Link.

+   Kai Zhou, Jaroslav Koutský, and Justin B. Hollander on “urban shrinkage” in China, the US, and the Czech Republic. Link.

+   “In 1960, as part of the early People’s Republic of China’s (PRC) cultural diplomacy, a troupe of almost one hundred Chinese performers and officials visited Canada, where they were widely identified as the ‘Peking Opera.’ This was the high Cold War, ten years before Canada would recognize the PRC. Internal government documents show that granting permission for the opera visit constituted a considerable shift in Canadian policy, allowing a large-scale exchange with Communist China at a time when it was not possible for such a tour to visit the United States. For China, visits of performing arts groups were a major part of international diplomacy. For Canadian impresarios, hosting the Peking Opera was a way of legitimizing their festivals and theatres internationally. Among Chinese Canadian communities, reactions to the visit showed that the pendulum had begun to swing away from Taipei and toward Beijing, and for the Royal Canadian Mounted Police the tour members were suspicious figures to be put under close surveillance as they interacted with Canadians.” By John Stenberg. Link.