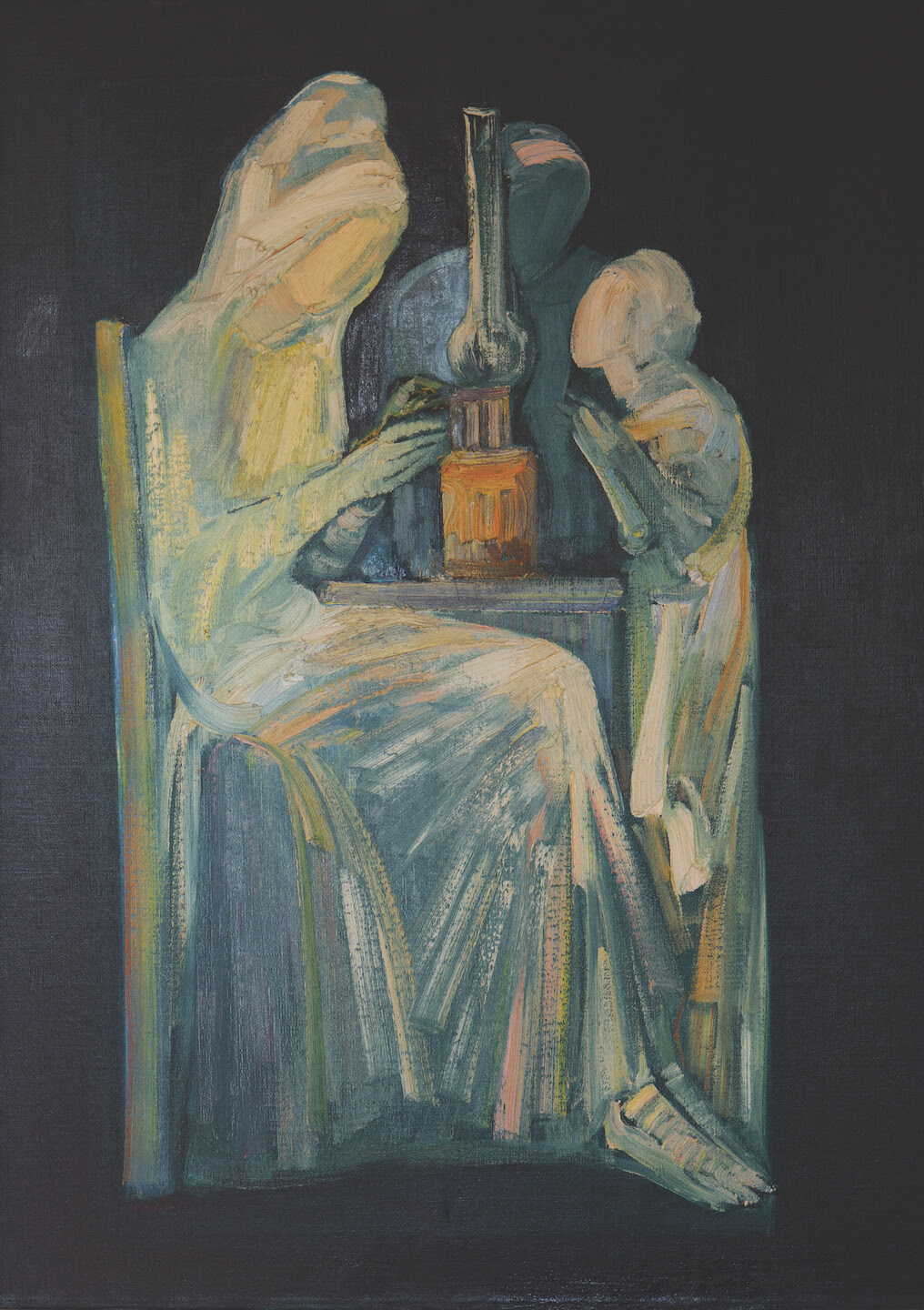 News around the potential reversal of Roe v. Wade in the United States has brought renewed attention to abortion rights movements in other parts of the globe, and in particular, Latin America. After decades of court cases, legislative efforts, and mass protests, the past two years have seen the decriminalization of abortion in Argentina, Mexico, and Colombia.

In a 2013 paper, DEBORA LOPRIETE places the debate around abortion in Argentina within the larger context of welfare and gender policy after the end of the dictatorship in 1983.

“Although the democratization of Argentina in 1983 was a political opportunity for the advancement of women’s rights, the neoliberalism and social conservatism of the 1990s created obstacles to the subsequent development of gender policies. A gender-equality agenda was initiated with the ratification in 1985 of the UN’s Convention on the Elimination of All Forms of Discrimination against Women, the establishment in 1991 of a quota of a minimum of 30 percent women candidates for the Congress, and the creation in 1992 of the Consejo Nacional de la Mujer (National Women’s Council—CNM [since 2009 known as the Consejo Nacional de las Mujeres]).

The founding of the CNM was part of a global process of establishment of mechanisms for promoting and monitoring a gender perspective in public policy. The goal of this process, known as ‘gender mainstreaming,’ was gender equality through policies that advanced women’s rights in the areas of violence against women, equal pay for equal work, reproductive rights, and the participation of women in decision making. However, welfare retrenchment during the 1990s was directed at the family allowance system, many women were suddenly incorporated into the labor market, and President Carlos Menem, supported by the Vatican, opposed reproductive rights. The 2001–2002 economic crises launched a post-neoliberal framework based on poverty reduction and social inclusion and created some opportunities for women to advance their rights, fostering programs for sexual health and responsible procreation, but social assistance for poor mothers and family support was dominated by maternalism. As the CNM took on more responsibility for delivering social assistance, it abandoned its original gender-equality mandate.”

+  “The common failure of Latin American countries to liberalize abortion, in spite of their openness to gender-related policy changes in other areas, confirms that gender policy issues need to be disaggregated.” In her 2003 book, Mala Htun compares abortion and family policy in Argentina, Brazil, and Chile. Link. And Merike Blofield looks at the role of the Church in abortion politics in eleven countries. Link.

+  “The need to increase the population, either through an increase in the fertility rate, decrease in the mortality, or the promotion of immigration, was part of the aims of the Triennial Plan for Reconstruction and National Liberation (1974-1977).” Karina Alejandra Felitti on the “pronatalism” of the third Peronist government. Link (in Spanish).

+  A 2020 article by Jasmine Gideon, Marianna Leite, and Gabriela Alvarez Minte probes the contradiction between the state-led expansion of healthcare services and persistent, poor healthcare outcomes for women in Chile and Brazil. Link.

Instructor in economics at the University of Manitoba SRISTHI YADAV studies caste and agrarian change in India. A new paper analyzes agrarian class relations and economic diversification in Haryana.

“This paper seeks to analyse agrarian class relations in Sangli, a village in Rewari district, southern Haryana, in light of the linkages of agricultural households with non-agricultural economic activities. I find that better-off households that are primarily dependent on agriculture are the most likely to re-invest in agriculture. Agricultural surpluses allow upper caste landowning households to diversify into businesses or formal employment; alternatively, landownership provides a failsafe against precarious daily wage work, which is the only type of work available to lower caste landless households who lack economic and social capital. This segmentation of diversification opportunities is understood as conjugated oppression resting on caste and land ownership.”

+   Following the 50-year anniversary of the collapse of Bretton Woods, how has the global monetary system transformed? Join Phenomenal World for a discussion on the past, present, and future of the IMF, featuring Mona Ali, Karina Patricio Ferreira Lima, Richard Kozul-Wright, Chris Marsh, and Lara Merling. Register here.

+   “Many education scholars refer to these discriminatory practices as resource hoarding, but ‘kleptocracy’ explicitly names stealing of resources from disadvantaged communities, emphasizing the relational mechanisms of dispossessions rather than wealth accumulation alone.” Also new on PW, Esther Cyna analyzes the origins of school finance inequality in the US. Link.

+   “Financial and supply networks have chokepoints, which powerful states can use to punish individuals, businesses and even nations.” Henry Farrell and Abraham L. Newman on Russia and the weaponization of networks. Link.

+   “Like sieges, country-wide sanctions do not distinguish between armed actors and civilians, and all too often lead to starvation.” By Joshua Craze. Link.

+   Regan Deonanan and Daren Conrad on the long-term effects of foreign direct investment in Guyana. Link.

+   “The Indian non-financial corporate sector, rather than the commercial banking system, came to be the conduit integrating the Indian economy with international financial markets.” By Arpan Ganguly and Ramaa Vasudevan. Link.

+   “This paper investigates the role of sentiment in the US economy from 1920 to 1934 using digitised articles from The Wall Street Journal. We hypothesise that newspaper articles of the time contain both information related to the state of emotions or confidence of economic agents and factual information about or related to the fundamentals of the economy. In our model, the emotion or ‘sentiment’ component can have independent effects on the economy that are not directly related to the fundamentals they describe. We derive a monthly sentiment index and use a 10-variable vector error correction model to identify sentiment shocks that are orthogonal to fundamentals. Intermittent impacts of up to 15 per cent on industrial production, 10 per cent on the S&P 500 and bank loans, and 37 basis points for the credit risk spread suggest a large role for sentiment.” By Ali Kabiri, Harold James, John Landon-Lane, David Tuckett, and Rickard Nyman. Link.