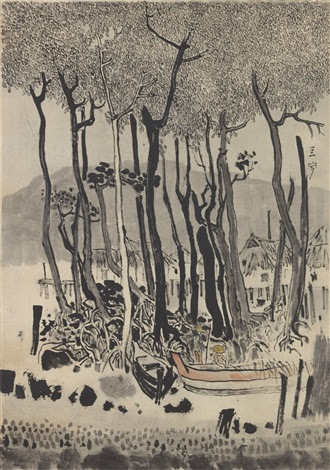 In a 2016 book chapter, TYLER PRIEST exposes the distinct tensions between means and ends which have characterized the company from its inception.

“Political elites in Brazil had always believed the country possessed hidden oil riches. So certain were they that in 1953 they created a state-owned oil company, incubated under the slogan, ‘o petróleo é nosso’ (the oil is ours), even before there was any oil to claim. Like in many other nations, the Brazilian oil industry was born in a wave of nationalist fervor. But the objectives and results were different. Other state-owned oil companies (or national oil companies, NOCs), such as Mexico’s Pemex, Venezuela’s PDVSA, or Norway’s Statoil, were created to manage large oil reserves previously discovered by foreign companies, and to develop these reserves for export. Petrobrás, by contrast, started off with an overriding imperative to turn Brazil into an oil producer in order to meet rising consumption at home. The most apt comparison to Petrobrás, in this regard, is Shell Oil.

By the early 1990s, Petrobrás had become an aggressive investor in offshore technology, and an internationally competitive state-owned enterprise. Petrobrás’s ability to discover and develop large offshore oil fields, however, depended on a constant infusion of outside geological, geophysical, and engineering expertise. I examine the largely unacknowledged role of multinational oil service companies, contractors, and consultants in the creation and maintenance of an otherwise nationally controlled oil sector. Once deepwater discoveries were made offshore Brazil, cooperative research and development through joint industry projects, involving many of the same contractors operating in both the deepwater Gulf of Mexico and Campos Basin, enabled Petrobrás to bring them on production. The creation of Brazilian industrial capacity to support upstream oil development thus came after discovering large reserves, not prior to it, and by participating in international technological networks, not operating independently from them.”

Link to the chapter.

+  “We analyze the relationship between the state, Petrobrás and industrial elites in light of Brazil’s renewed emphasis on sector specific industrial development.” A 2018 article by Eliza Massi and Jewellord Nem Singh reflect on the company’s development role in the aftermath of the Lava Jato scandal. Link.

+  “In 2007, President Luiz Inacio Lula da Silva announced the discovery of the largest oil reserves found on the planet. In 2013, it was announced that the pre-salt field was to be handed over to an international consortium of oil companies.” Einar Braathen analyzes social movements against the auctioning of oil fields. Link.

+  From 1993, Laura Randall examines Petrobrás’s “labor relations, the development of its suppliers of capital goods and research, and its impact on the economy and environment in Brazil.” Link.

+  “After 1918, Brazilian governments became increasingly hostile to the foreign geologists who explored within national territory, and in 1927 a journalist called for legislation to ‘defend’ Brazil’s yet undiscovered oilfield.” From 1972, Peter Seaborn Smith offers an intricate look at early Brazilian energy politics. Link.

Assistant Professor at the University of Denver ALVIN CAMBA studies the political economy of development in Southeast Asia. In a 2021 paper, he compares how Chinese firms approach investment risk in the Philippines, Malaysia, and Indonesia.

“How do Chinese firms assess investment risk? I argue that major Chinese firms tend to invest in countries whose leaders they perceive as strong. However, their perception of a host country leader’s strength arises from a range of subjective and relational factors, including their party school socialization, Chinese state’s preferences for strong leaders, efforts by the host country regime to ‘sell’ the image of a strong leader, and information brokerage by Chinese think tanks. Thus, the path taken by Chinese firms cannot be fully explained by ‘objective’ measurable indicators such as policy bank financing or natural endowments; social relationships and norms are crucial too. There are also unintended consequences of investing in countries where they consider leaders to be strong. If the leader turns out to be weak, this ultimately increases the likelihood of cancellation of ongoing major Chinese projects. In contrast, if the leader is indeed strong, this strategy could result in pushback, leaving Chinese firms vulnerable to the leader’s whim to act against Chinese interests. To illustrate, I draw on elite interviews, contrasting Chinese investment in the Philippines under Arroyo (2001–2010) and Duterte (2016-), Malaysia under Najib (2009–2018), and Indonesia under Jokowi (2014-).”

+   “Piketty wants to say: you introduced progressive taxation before, you can do it again. But we cannot have the alignment of the early twentieth century today.” New on PW: Noam Maggor interviews historian Robin Einhorn on the origins of the American fiscal state. Link.

+   “Built upon a unique and complex history of state land ownership, this massive housing initiative has transformed the way of life for a historically rural, agriculture-driven nation.” In a new report in JFI’s Social Wealth portfolio, Naomi Zewde & Vivian Schwab examine a social housing program in Addis Ababa. Link. And view a recording of this week’s event on the report, urbanization, and high-density public housing here.

+   “Our estimates indicate that making that expansion permanent would cost $97 billion per year and generate social benefits with net present value of $982 billion per year.” A cost-benefit analysis of a US child allowance. Link.

+   Ryan Briggs on the failures of IRBs. Link.

+   “We use newly digitized records from the U.S. Post Office to study how strengthening state capacity affects public service delivery and innovation in over 2,800 cities between 1875-1905.” By Abhay Aneja & Guo Xu. Link.

+   “Using sanctions against very large economies will simply not be possible without compensatory policies that support the sanctioners’ economies and the rest of the world.” Nicholas Mulder on the Russia sanctions and lessons from the 1930s. Link. And an interview with Thane Gustafson in n+1 on oil and gas after the sanctions. Link.

+   Sunil Kashyap examines the mobilizing forces of small caste- and religion-based senas and their role in the BJP’s victory in Uttar Pradesh, India. Link.

+   “Marriage strategies in the rural Basque country of the 19th century differed according to social background and gender. Propertied families helped some of their children to settle in local rural villages and others to emigrate to cities (women) or to America (men). Landless families, by contrast, continued to settle most of their children in local rural villages, others emigrating to America only later in the century, avoiding the cities at all cost. Men, no matter their social background, benefited the most from new economic opportunities because most of them married into families of equal or higher status. Women, by contrast, did not have equal opportunities because few married upward and outside their professional group. When women did not marry within their socio-professional group or remain single, they married into families of lower status (more often than men).” By Marie-Pierre Arrizabalaga. Link.