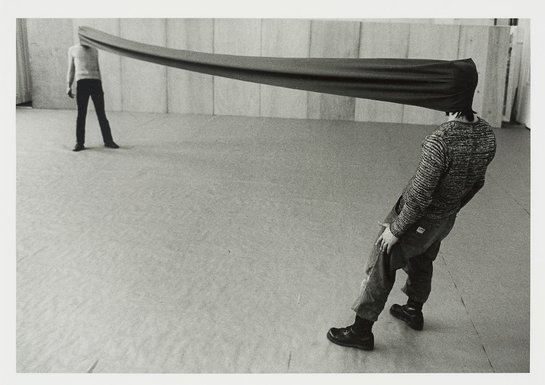 EACH POINT ON THE CHAIN

Arguments for Value-Added Tax in the US, and using VAT to fund basic income

The Wall Street Journal lays out the basics popup: yes: “Unlike a traditional sales tax, a VAT is a levy on consumption that taxes the value added to a product or service by businesses at each point in the chain of production.”

VATs are ubiquitous—except in the United States. According to a 2013 Hamilton Project report popup: yes, “In recent years, the VAT has raised about 20 percent of the world’s tax revenue (Keen and Lockwood 2007). This experience suggests that the VAT can raise substantial revenue, is administrable, and is minimally harmful to economic growth.”  The TPC notes popup: yes that “every economically advanced nation except the United States” has a VAT. Countries adopted VATs over time: the EU first unified all its VATs in the 1970s, China adopted a VAT in 1984, Canada in 1991, and so on. Now the US is the only country in the OECD without one.

Why is there no VAT in the US?

“Back in 1988, Harvard economist Larry Summers […] explained popup: yes that the reason the U.S. doesn’t have a VAT is because liberals think it’s regressive and conservatives think it’s a money machine. We’ll get a VAT, he said, when they reverse their positions.” (Forbes popup: yes.)

A VAT could certainly be a revenue-raising powerhouse. According to the CBO popup: yes, a 5% VAT could raise 2.7 trillion dollars in 2017-2026 with a broad base, or 1.8 trillion with a narrow base—the most massive of all the options for revenue popup: yes in their 2016 report.

And as for the regressive concerns, VAT proposals usually suggest adjusting other taxes or credits commensurately. A 2010 Tax Policy report popup: yes considers a VAT in the context of lowering payroll or corporate taxes, and the Hamilton Project suggests popup: yes adding tax credits or straightforward cash to low-income households.

VATs are appealing beyond their ability to raise a lot of money. They’re also easier to administer and document than other tax forms. A 2014 study popup: yes by Dina Pomeranz examines the way the VAT is documented in Chile, and finds that “forms of taxation such as the VAT, which leave a stronger paper trail and thereby generate more information for the tax authority, provide an advantage for tax collection over other forms of taxation, such as a retail sales tax.” Beyond that, Michael Graetz argues popup: yes in the Wall Street Journal, “shifting taxes from production to consumption would stimulate jobs and investments and induce companies to base headquarters here rather than abroad.” The Tax Foundation has advocated popup: yes for a VAT to replace the Corporate Income Tax for similar reasons.

In a Medium post popup: yes, Santens explains the benefits of a 10% VAT to fund UBI: “For those who fear the idea of people taking their basic incomes and earning no additional income, it would mean that aside from the other 90% that gets transformed into wages and salaries through purchases of goods and services, 10% of their basic incomes would go right back into funding everyone else’s basic income.”

In a 2012 paper popup: yes, Philippe Van Parijs and Yannick Vanderborght make the case that a VAT is preferable to income tax for funding UBI in the European Union. “Whether in developed or in less developed countries, the main advantages claimed for VAT over the income tax at the national level are that it has a tax base that extends more widely beyond wages and that it turns out to be, if anything, less regressive than actual income tax schemes, adulterated as these tend to be by exemptions, discounts, the separate taxation of capital income, loopholes and sheer evasion.”

Per Scott Santens on Twitter popup: yes, other than its massive scale and ease of administration, VAT matches UBI because it prevents the perception that the government is giving out money, then removing it via income taxes.

How Parent PLUS loans worsen the racial wealth divide

RACHEL FISHMAN of NEW AMERICA scrutinizes Parent PLUS loans, federal loans with high borrowing limits which parents can take out to help their children attend college.

KEVIN CAREY summarizes popup: yes on Twitter: “Instead of making college affordable for black students, the federal government is making what are arguably predatory loans… Parent PLUS has become yet another ‘universal’ program that, in reality, makes the black/white wealth gap worse.”

“New analysis of Education Department data show just how risky PLUS loans are for these families. This analysis also shows that when parent loans and student loans are considered together, federal student loan policies are driving an intergenerational accumulation of debt that burden the neediest families.

This report looks at the Parent PLUS loan program and how it exacerbates the racial wealth divide by promoting debt among low-income Black families. The report focuses on Black families because they experience a wider racial wealth divide, and there is alarming new evidence that they also have the worst student loan repayment outcomes of any racial or ethnic demographic. The first part of the report examines the demographics of Parent PLUS families using Education Department data. It looks at average intergenerational debt for those families who borrow using PLUS and student loans.

This analysis reveals that low-income Black families are burdened with large intergenerational education debts compared to their white peers. The second part of this report focuses on the implications of the racial wealth gap and how policies like PLUS have widened it. It shows how the PLUS program has come roaring back to life after the credit check regulation was weakened.”

In a recent article for the YALE LAW JOURNAL, legal scholar DAVID POZEN charts an “ideological drift” of transparency in government from the Progressive era to the present:

“In the formative periods of American “open government” law, the idea of transparency was linked with progressive politics. Advocates of transparency understood themselves to be promoting values such as bureaucratic rationality, social justice, and trust in public institutions. Transparency was meant to make government stronger and more egalitarian. In the twenty-first century, transparency is doing different work. Although a wide range of actors appeal to transparency in a wide range of contexts, the dominant strain in the policy discourse emphasizes its capacity to check administrative abuse, enhance private choice, and reduce other forms of regulation. Transparency is meant to make government smaller and less egregious.

Many factors have played a part [in this transition], including corporate capture of freedom of information laws, the exponential growth in national security secrecy, the emergence of the digital age and associated technologies of disclosure, the desire to facilitate international trade and investment, and the ascendance of market-based theories of regulation. Perhaps the most fundamental driver of this ideological drift, however, is the most easily overlooked: the diminishing marginal returns to governmental transparency. As public institutions became subject to more and more policies of formal openness and accountability, demands for transparency became more and more threatening to the functioning and legitimacy of those institutions and, consequently, to progressive political agendas.

This area of law and advocacy has become on balance substantially more libertarian, in both cultural and functional terms, than it used to be.”