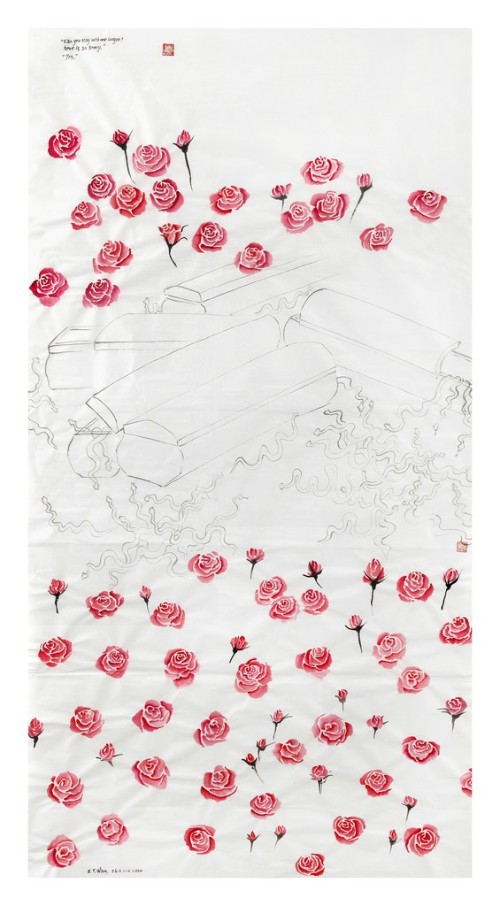 A new paper by ERIK BRYNJOLFSSON et al. suggests using massive online choice experiments as a method to find the true impact of digital goods on well-being. The background section gives an example of the impact that is currently unmeasured:

“… [in] a number of sectors … physical goods and services are being substituted with digital goods and services. An apropos example of such a transition good is an encyclopedia. Since the 2000s, people have increasingly flocked to Wikipedia to get information about a wide variety of topics updated in real time by volunteers. In 2012, Encyclopedia Britannica, which had been one of the most popular encyclopedias, ceased printing books after 244 years (Pepitone 2012). Wikipedia has over 60 times as many articles as Britannica had, and its accuracy has been found to be on par with Britannica (Giles 2005). Far more people use Wikipedia than ever used Britannica—demand and well-being have presumably increased substantially. But while the revenues from Britannica sales were counted in GDP statistics, Wikipedia has virtually no revenues and therefore doesn’t contribute anything to GDP other than a few minimal costs for running servers and related activities and some voluntary contributions to cover these costs…For such transition goods, consumer surplus increases as free access spurs demand, but revenue decreases as prices become zero. Hence GDP and consumer welfare actually move in opposite directions.”

One finding of note: “50% of the Facebook users in our sample would give up all access to Facebook for one month if we paid them about $50 or more.” Link to paper on NBER here popup: yes. A free draft is available here popup: yes.

“Progressive property” and the ownership of personal data

Legal researcher JESSICA ROBERTS brings the “progressive property” school of thought to bear on the thorny debates over the ownership of genetic data:

“People historically have not had meaningful ownership rights in their genetic data.… However, recently the patent stranglehold that biotech has had on genetic information has weakened, as individuals are gaining what look like de facto property interests in their DNA. People who contribute specimens for research are beginning to demand “biorights,” including compensation, access rights, and continuing control.

By some estimates, biobanks in the United States alone house over 500 million biospecimens with that number increasing by 20 million every year. New spheres of ownership are rare in property law. Virtually all of the world’s territory is already spoken for, so the possibility of a new brand of entitlement, creatio ex nihilo, presents a particularly compelling opportunity to apply this new school of thought.”

THE CONTEXT OF SPRAWL

On the manufacture and study of vehicle traffic

In a 2015 post on the fantastic and sadly inactive Urban Kchoze popup: yes blog, traffic engineer SIMON VALLÉE lays out a critique of traffic studies, which often rely on standardized vehicle trip data:

“By using that data as is, there are a flurry of assumptions that are made:

All locations of a given land use with similar floor area (or other quantitative feature) will have a similar number of trips generated, it doesn’t matter if it’s a restaurant in the heart of a city or in a tiny town in the boondocks. Essentially all trips generated or attracted by the location will be made in cars.
Congestion level and traffic conditions will have no effect on the number of trips made to and from that location.

Now, people may point out that these assumptions aren’t always, or even frequently, true, but these still form the basis of most traffic studies. Why? Well, engineers are taught during their formation that being “conservative” with their calculations is always the best option.

This approach and the assumptions that support it make traffic studies a self-fulfilling prophecy: over-designing roads while neglecting non-car travel ensures that almost all trips in the area will be made by car, confirming the initial assumptions of quasi-universal car use, because cars are the only mode of travel the road design caters to.”

Link popup: yes to the post. In a related piece, Vallée sketches out a broader argument about traffic engineering, and proposes congestion should be approached through an economic lens:

“The typical approach of seeing congestion or vehicle traffic as an engineer problem is supposing that vehicle flows are essentially static, a known input into the model. XXXX vehicles per hours come at the intersection by the south and then go through the intersection towards the north. This value is taken as a constant: no matter how congested the intersection, the same number of people will want to make this movement, at the same vehicle flow.… The economic approach sees congestion as a matter of demand (number of vehicle trips) exceeding supply (road capacity), which can be compensated either by increasing supply (increasing road capacity) or increasing the price of using roads (through higher travel times and/or direct monetary costs) to decrease demand, rather than merely a matter of a static load applied to a fixed system.”