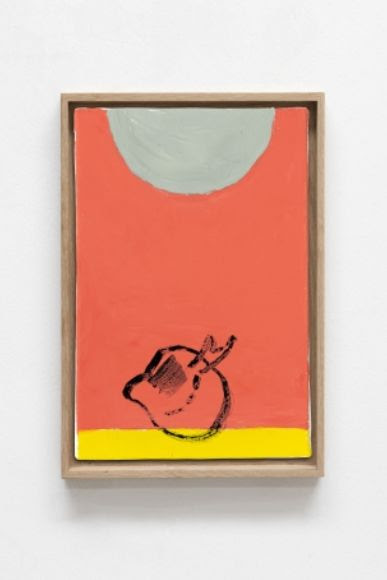 In October, over 10,000 John Deere workers went on strike, 1,400 Kellogg’s workers followed suit, and observers anticipated thousands more IATSE members and Kaiser Permanente workers to walk out. (After voting down two contracts, workers at Deere reached an agreement last week ending the monthlong strike.) The uptick in industrial activity, which some called “Striketober,” coincided with the highest approval rating of labor unions since 1965—though not all labor scholars agreed it was a strike wave.

As workers deal with the ongoing effects of the Covid-19 pandemic, the recent labor activity has revived debate over what causes strike surges—with speculations for the present including hazardous working conditions in the pandemic, stagnant wage growth, and labor shortages.

In a 1982 article, BRUCE E. KAUFMAN investigates the determinants of strike activity in the US between 1900 and 1977.

“Economic variables influence strike activity through their effect on the ability of either side to force the other to acquiesce to its demands. In this respect the most important economic variable to consider is the unemployment rate. The success of a strike depends on the extent to which workers can minimize costs to themselves while imposing large costs on the employer. Periods of low unemployment increase the bargaining power of workers on both counts: employees have greater alternative sources of work while the costs to the firm both in the form of profits forgone and of difficulty of attracting substitute workers are increased.

The pattern of strikes in the United States has also been heavily influenced by the passage of several important pieces of labor legislation. The clearest example of this link between the political arena and strikes surrounds the enactment of the NIRA in 1933 and, after its invalidation by the Supreme Court, of the NLRA (Wagner Act) in 1935. The empirical analysis in this paper indicates that each of these environmental factors had a role in determining the unique pattern of strike activity over the last eight decades. Significantly, however, the quantitative importance of these various economic and noneconomic factors in giving rise to fluctuations in industrial conflict has varied considerably over different periods.”

+  In a 1986 article, James. E Martin investigates worker willingness to strike by analyzing a questionnaire for public school employees. Link. And Philip Rubio explores the significance of the Great Postal Strike of 1970. Link.

+   Two wider looks at worker power and labor markets: Andrew Elrod on ‘labor shortages’ and the US construction industry, link, and Sebastian Teupe on worker power and monetary policy in the US and Germany during the Gold Standard Era, link.

+   From the Industrial and Labor Relations School at Cornell University, a database for tracking union and nonunion strike activity. Link.

In her job market paper, PhD candidate in economics at Harvard ALEX ALBRIGHT examines the effects of eliminating money bail for low-level offenses.

“Are the effects of money bail on pretrial misconduct large enough to justify its costs? Money bail advocates argue that its usage is critical for averting misconduct, while skeptics counter that its effects are small and not worth the human costs of pretrial detention. I examine these tradeoffs using a program in Kentucky that eliminated financial bail for a subset of low-level cases. I use administrative data and a stacked differences-in-differences approach to estimate the program’s effects on misconduct and detention. The program decreased the rate of financial bail by 50.5 p.p. Even though initial bail amounts were only $360 on average, the program increased the rate of one-day pretrial release by 13.7 p.p., indicating an inability to put up even small bail amounts initially barred release. The program increased failure to appear in court by 3.3 p.p. and had no detectable effect on pretrial rearrest, with the data ruling out even modest sized increases.”

+   “The central bankers’ rhetoric on Finance Day at COP26 was closely aligned to the preferences of financial capital.” New on PW, Daniela Gabor reflects on the role of private finance in decarbonization. Link.

+   “Deindustrialization was one of the most disruptive social transformations of the twentieth century. Why did democratic capitalist regimes permit and survive this process, while state socialist regimes did not?” Maximilian Krahé on deindustrialization in the US, UK, and Poland. Link. And see PW’s book on the decline of social democracy in Europe. Link.

+   A breakdown of the House-passed Build Back Better Act from the NYT. Link. For a breakdown of the BBB and infrastructure bill’s effects, see this sheet from Princeton’s REPEAT center. Link.

+   A McKinsey report looks at the role of corporations and flows to households in the 21st century. Link.

+   “We find that there would have been 20% more branches and 9.3% more markets with at least one branch after ten years in the absence of the crisis.” Marc Rysman, Robert M. Townsend, and Christoph Walsh on Thai banking following the 1997 financial crisis. Link.

+   Two from Roosevelt Institute: Sammi Aibinder and Lindsay Owens on how public investment can control rent inflation; Todd Tucker on how price controls have been used to shape industries. Link, link.

+   Koji Hirata on the Manchurian and Japanese origins of socialist industrialization in the PRC. Link. And see Ernest Ming-Tak Leung’s PW essay on the origins of East Asian developmentalism. Link.

+   “We study what impact malaria eradication programs had on the Black-white wage convergence seen in the 1940s. Our paper finds the following baseline results: increased exposure to the malaria eradication program was associated with higher schooling attainment and higher incomes for whites. The same benefits did not accrue to Blacks. Specifically, a one standard deviation increase in malaria exposure was associated with a 1 percentage point increase in the probability of middle school completion for whites born after the eradication program. We find no such significant changes in schooling for Blacks. Consequently, the Black-white schooling gap widened as a result of the intervention. Similar to the result for schooling, the income gains only accrued to whites, with Black income negligibly impacted.” By Emily Battaglia and Faizaan Kisat. Link.