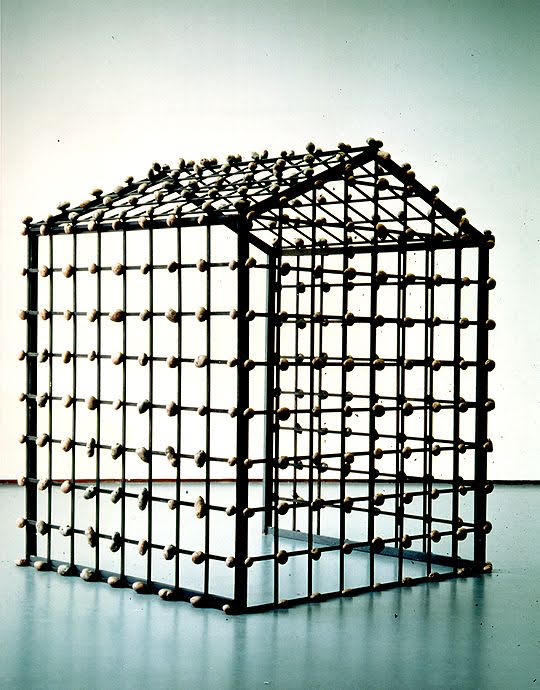 “Our results support the concern that BTB [Ban the Box] policies encourage racial discrimination: the black-white gap in callbacks grew dramatically at companies that removed the box after the policy went into effect. Before BTB, white applicants to employers with the box received 7% more callbacks than similar black applicants, but BTB increased this gap to 43%. We believe that the best interpretation of these results is that employers are relying on exaggerated impressions of real-world racial differences in felony conviction rates.”

Newly published by AMANDA AGAN and SONJA STARR, in line with their previous work on the same topic, available here.

An excerpt from Virginia Eubanks’s Automating Inequality: How High-Tech Tools Profile, Police, and Punish the Poor

“Geographical isolation might be an important factor in child maltreatment, for example, but it won’t be represented in the data set because most families accessing public services in Allegheny County live in dense urban neighborhoods. A family living in relative isolation in a well-off suburb is much less likely to be reported to a child abuse or neglect hotline than one living in crowded housing conditions. Wealthier caregivers use private insurance or pay out of pocket for mental health or addiction treatment, so they are not included in the county’s database.

“Imagine the furor if Allegheny County proposed including monthly reports from nannies, babysitters, private therapists, Alcoholics Anonymous, and luxury rehabilitation centers to predict child abuse among middle-class families. ‘We really hope to get private insurance data. We’d love to have it,’ says Erin Dalton, director of Allegheny County’s Office of Data Analysis, Research and Evaluation. But, as she herself admits, getting private data is likely impossible. The professional middle class would not stand for such intrusive data gathering.”

Link to the excerpt. See the end of this newsletter for an extended comment from Jay, who notes some of the shortcomings of these pieces.

Considerations on a fund for all Americans

“With the current consumption-based approach to social and economic policy, there will always be a disconnect between the macroeconomic health of the U.S. economy and the economic fortunes of the typical American family. That’s because technology-induced productivity growth often results in a windfall for the few at the top and little or no increased income rewards for those at the bottom. By contrast, if everyone were an investor, national productivity gains could instead be distributed in the form of dividends. When productivity went up, we could actually work less and take more time off when our kids were born or our parents were ailing, for instance. Such a work-deemphasizing approach would represent nothing short of a whole new economic policy–one better fit to a post-industrial knowledge economy and a fragile global ecosystem threatened by our consumerist culture.”

In a 2009 piece, DALTON CONLEY sketches out what a fund would look like. Full piece here.

A brief tour through the rest of the recent history of the idea:

The NCCPR piece is good as criticism of the NYT’s editorial decisions. It rightly points out myriad problems with their reporting. It doesn’t do as well, though, on critiquing the actual program. The Wired piece is better, but still seems misdirected.

They don’t however, constitute arguments for ditching the algorithm. What’s relevant for that decision is whether the algorithm does better than the relevant alternative – the previously-existing screening system (or a modification thereof). And there seems to be very little in the way of argumentation for the claim that it doesn’t. The blog post rightly points out that there are systematic prejudices and injustices in the way foster care and childhood services are administered. The Wired piece points out that most of the racial disproportionality “actually arises from referral bias, not screening bias.” That’s true of the previous system. It’s true of the new system. This isn’t a problem with the algorithm per se, it’s a problem with the way experts think about these decisions. Better ways of thinking would likely lead to better systems, human or algorithmic.

Algorithmic analyses aren’t a silver bullet against systematic bias. People who think they are, are wrong, plain and simple. But automatic decision systems do have an advantage for those fighting such bias: when they’re open (as in the Allegheny County system), they allow for examination of where bias enters the system.

The analytics failures the blog post worries about are false positives: the algorithm wrongly decides that a child is at high risk. But this worry is incomplete. Any classification algorithm has to deal with a tradeoff between false positives (a child that isn’t at risk is labeled at-risk) and false negatives (a child that is at risk is labeled safe). The characteristics of this tradeoff vary from algorithm to algorithm (this is usually described by the ROC curve; see this video for a brief explanation). A good classifier will require fewer false positives for a given false negative rate, but for any real-world classifier, there is some trade-off.

So there are really two big decisions any classifier designer has to make. First, she’s got to choose the algorithm (and hence the tradeoff curve). Second, she’s got to choose a target level: how many false negatives are we willing to accept? Once she does these things, the number of false positives is determined – she doesn’t have any more choice in the matter. It doesn’t make a lot of sense to criticize getting lots of false positives without taking these facts into account. If you’re going to criticize the accuracy of the algorithm, you need to either criticize the choice of algorithm, or the target cutoff.

A) First, we might worry that the designer chose a bad classifier: that better choices exist, which would result in fewer false positives at the target level of false negatives. One question you could ask is whether the new algorithm has a worse trade-off than the previous classification method (since humans sitting in offices using whatever process they use is a decision method, too!). We should hope that the algorithm at least improves on that; I didn’t notice any contrary claims in the articles.

Could the designers of this system have built an algorithm that improved even more on the status quo? Certainly so – with caveats. What the team did, briefly, was to first choose a class of models (probit/boosted probit), do preliminary tests to see which input features mattered for classification, and then select from that class the best model given the training data they had access to. The team reported their methods here (pdf); the actual mean AUC for the classifier is around 0.7604, which for most problems would be considered a decent-but-not-spectacular tradeoff profile.

They could have improved on this if they had better data; but they didn’t. Among the class of models, given the selection of input features (which I’ll not get into, because none of the critics focus on it), the classifier they chose was the best they could have chosen. If they had chosen a different model with these features, they would have gotten worse results: there would be more mistakes.

The Wired article notes that “by relying on data that is only collected on families using public resources, the AFST unfairly targets low-income families for child welfare scrutiny.” This is, in a way, misleading. The input data certainly overrepresents the poor. But if the input data accurately represents the differences between poor children who are abused and poor children who are not, that doesn’t entail that the classifier will be biased against the poor. Rather, it means that the classifier will perform better when trying to decide whether a poor child is at risk than it will when trying to decide whether a middle- or upper-class child is at risk. On the other hand, if the input data fails to accurately represent the facts, by wrongly labeling past cases, this is, as above, an issue that has very little to do with the algorithm design. The data used were past decisions by case workers about whether to remove a child from his or her home. If the agency has been making those decisions badly (remember, these are the actual placement decisions, not the pre-screening decisions the algorithm is used for), then the problem is with the agency’s standards. I don’t think anyone would suggest that algorithm developers should be making that call.

They could also have improved it by using a different class of models. Interestingly, a different class of models could alleviate some of the differential accuracy worries noted above. If, for example, the predictors of neglect are markedly different for poor children and well-off children, the conditional dependencies can be much more easily captured with a decision tree or neural net than with a straightforward probit, especially given the effects of strong regularization. Interestingly, they chose not to use such methods because “they have the weakness that they tend to be ‘black box’ in the sense that it is more difficult to understand why a family received a high score” (p. 14). This seems to me like a valid place for criticism; rather than weighing the value of interpretability against the importance of various outcomes, they simply took it as a hard constraint. But the critics haven’t touched this point.

B) Second, we might worry that the algorithm designer has chosen the wrong target value for false-negatives. Where to set this target is a value judgment (ahem). In most scientific investigations, it’s considered worse to believe a false claim than to miss out on a true claim: the tradeoff is weighted so that we get few false positives, at the expense of many false negatives. In medical trials, the situation is often more relaxed: we’re willing to countenance a moderate number of treatments that don’t work if doing so means we only very rarely miss out on cures. In cases like child welfare, ex ante we would probably think that the tradeoff should be strongly weighted toward avoiding false negatives: we want to save as many at-risk children as we can, even if that means we mistakenly intervene occasionally.

There are reasons to think this ex ante intuition is wrong-headed, and some are brought up in the linked articles. If, as a matter of fact, mistakenly intervening is very harmful, then maybe we should be willing to let some at-risk children slip through the net in order to reduce the number of mistaken interventions. If we can quantify the harms, then we can solve for the optimal cutoff using straightforward expected-utility optimization procedures. But doing this quantification is, unavoidably, a question of values: just how much worse is it to allow a child to remain in an abusive home than it is to take a child out of a perfectly fine home? This is a decision of ethics and public policy. The algorithm designers clearly shouldn’t be making this decision without the input of the child welfare advocates, but there’s no indication that they did (and the Pittsburgh algorithm was explicitly developed with input from community leaders).