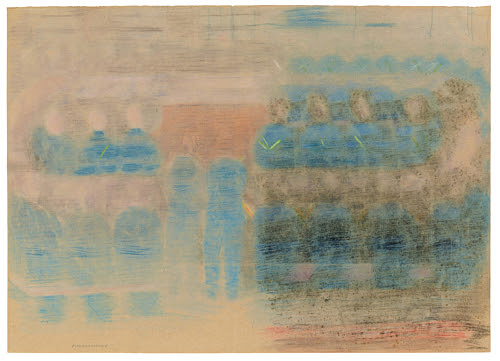 Deindustrialization is a global phenomenon taking place more rapidly in middle- income countries than in high-income ones. Despite the global decline of manufacturing employment, “industrial policy” is increasingly salient in research and policy debates. But deindustrialization poses significant challenges for industrial strategy—particularly as it relates to direct state investment in productive capacity.

In a new article, “Industrial Policy in the 21st Century,” Ha-Joon Chang and Antonio Andreoni lay the groundwork for a new theory of industrial policy:

“Since the 18th century, the debate surrounding industrial policy has been one of the most important in the political economy of development. We discuss a number of issues which cannot be accommodated within the neoclassical framework and which are also often neglected by evolutionary and structuralist contributions—namely, commitment under uncertainty, learning in production, macroeconomic management, and conflict management. We also address three new challenges for industrial policy makers in a changing world: the global value chain, the increasing financialization of the world economy, and changes in the rules of the global economic system.

Despite differences across countries in terms of their stages and levels of industrialization, their macroeconomic regimes and their political economy settings, the three sets of neglected issues we focus on are and will remain of paramount importance. The need to address long-term grand challenges like climate change calls for massive and coordinated investments in energy systems, production practices and mobility. The achievement of these global transformations still depends on micro-level structural changes in productive organizations and government interventions in creating new worlds of production as well as managing industrial and social restructuring.”

PhD candidate in Economics at the New School REMZI BARIS TERCIOGLU examines the complexities of growth and distribution in the United States since the 1947. In a 2019 working paper, he re-calculates real output growth when financial, healthcare and professional-business services are categorized as intermediate-consumption.

“Since the 1980s, financial, healthcare and professional-business services (PBS) have grown rapidly and produced more of the US value-added, however, these services do not produce final uses for households. This paper explores the impacts of treating finance, healthcare, and PBS as intermediate consumption of the economy on US growth rates, decomposition of expenditures, and distribution of income over 1947-2017. After adjustments to the National Income and Product Accounts (NIPAs), the annual per capita growth declines by one-fourth after 1980, decomposition of expenditures changes in favor of investment and government spending, and the compensation of employees (CE) share of output declines sharply as more than 90% of the expenditures on finance, healthcare and PBS are financed out of CE. Average CE stagnates even though labor productivity continues to grow after adjustments; thus creating a productivity gap. The current treatment of finance, healthcare, and PBS in the NIPAs not only overestimates growth but also understates income inequality”