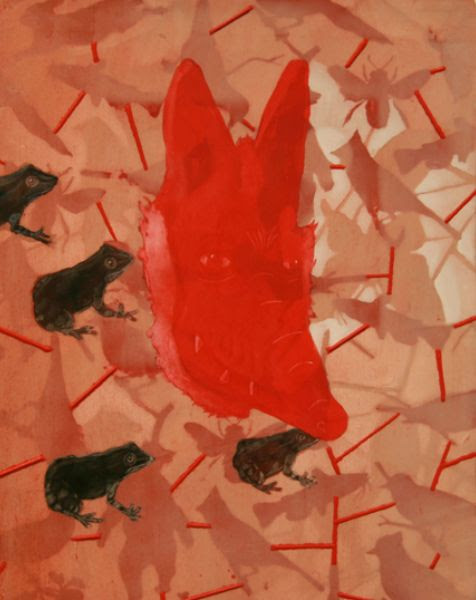 Haiti won independence from France in 1804, but in return for recognizing its formerly enslaved colony, France later forced Haiti to pay an indemnity of 150 million francs and give preferential treatment to French exports. The debt was equivalent to 270 percent of GDP—Haiti only paid off its debt in 1950.

Considering the absence of Haiti in larger conversations around sovereign debt, a new paper by Kim Oosterlinck, Ugo Panizza, Mark C. Weidemaier, and Mitu Gulati argues that Haiti’s debt should be seen as odious. The authors make the case that Haiti paid an exorbitant cost on an illegitimate debt, and that the nation is entitled to reparations.

“By any reasonable definition, the Haitian Independence Debt would seem to be odious. The circumstances suggest coercion, as does the fact that the agreement obliged Haitians to pay compensation for the freedom they had already won. The amount has been reported at around 300% of Haitian GDP (270% in our estimates), and it was understood that Haiti could pay only by borrowing vast sums from French banks, thus transforming the indemnity into a debt burden that would persist for generations. The debt cannot reasonably be characterized as in the best interest of the Haitian people. Yet we see little mention of it in the literature on odious debt or, indeed, in the larger literatures on sovereign debt or debt and development. To be sure, authors writing in French examine the intertwined history of Haiti and France and often discuss the Haitian Independence Debt. Likewise, articles in the popular press occasionally ask whether France owes compensation to Haiti for the episode. But these discussions have not yet made their way to the general sovereign debt literature or into the sub-field examining the doctrine of odious sovereign debt. Nor have they prompted a deeper examination of whether that doctrine should extend to debts imposed by former imperial powers in the context of independence and decolonization.

From one perspective, it is not surprising that the odious debt literature overlooks the Haitian Independence Debt. The standard model of odious debt presumes corruption in the borrower government. The Haitian Independence Debt does not fit this model. Still, it is puzzling that the literature on “odious” sovereign debts ignores perhaps the single most odious sovereign debt in history.”

The spotlight of this newsletter was written by guest contributor Simon Hinrichsen, a doctoral student at London School of Economics and a portfolio manager at a pension fund. His work and research focus on sovereign debt, international finance, and open economy macroeconomics in emerging markets. Find him on twitter @simonh_dk and link to his research.

PhD candidate in political science at Northwestern University KUMAR RAMANATHAN studies the emergence of the civil rights agenda in the mid-20th century. In a recent article, he examines the role of civil rights policy in family and medical leave.

“Family and medical leave policy in the United States is often noted for its lack of wage compensation, but is also distinctive in its gender neutrality and its broad coverage of several types of leave (combining pregnancy leave with medical, parental, and caregiving leave). This article argues that the distinctive design of leave policy in the United States is explained by its origins in contestation over the civil rights policy regime that emerged in the 1960s. Before the 1960s, advocates had unsuccessfully pursued maternity leave provision through a social insurance model akin to that of programs such as unemployment insurance. In the early 1970s, women’s movement advocates creatively and strategically formulated demands for maternity leave provision that fit an interpretation of the new policy regime’s antidiscrimination logic. Because of this decision to advance an antidiscrimination claim, advocates became committed to pursuing a leave guarantee on gender-neutral grounds, which in turn enabled the broad-coverage leave design.”