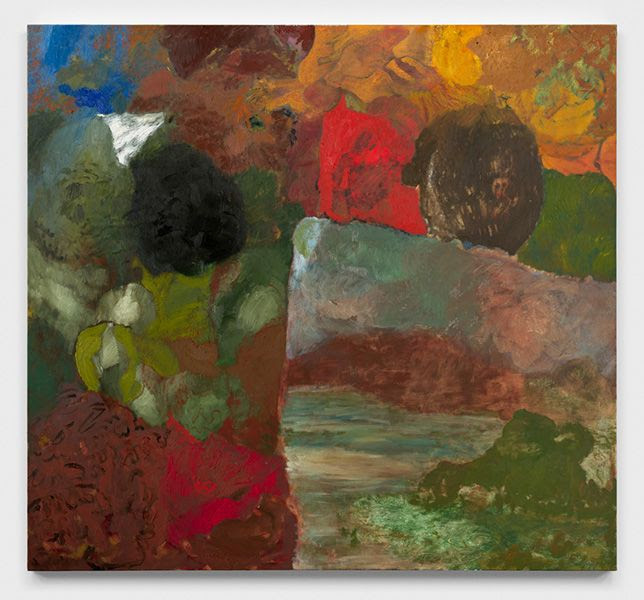 In a 2020 paper, ROSANA PINHEIRO-MACHADO and LUCIA MURY SCALCO use an ethnographic approach to understand how former Lula voters shifted their support to Bolsonaro in 2018. From the paper:

“Porto Alegre, capital of the southernmost state of Rio Grande do Sul, is one of the paradigmatic places to investigate the rise of a far-right candidate in Brazil because it was the cradle of the Workers’ Party’s participatory budgeting (PB) in the 1990s and the site of the landmark World Social Forum in 2005. Not long before the election of Bolsonaro, the city was widely known as largely left-wing, ‘a possible utopia,’ a model for the world of grassroots democracy at the local level. However, in 2018, Bolsonaro won in all neighborhoods of the city, including the poorest ones. During the PT’s administration of the city in the 1990s, PB meetings were intense and constituted a fundamental channel to foster new political subjectivities among the poor. In the Morro, women were active political mobilizers. In 2002, Lula won the presidential race and started a new era for the party. After years of popular mobilization, this period was marked by poverty reduction and the adoption of social and financial inclusion policies. However, this phase of PT institutionalization also brought about depoliticization of the party base and gradual emptying of community forums, such as PB. Lulism focused on empowering disadvantaged groups through visibility, recognition, and affirmative action. Consumption, financial inclusion, and the fact that the poor had access to air travel for the first time, for example, became a national emblem. Through access to manufactured goods, our interlocutors challenged race- and class-based structures that perpetuated the monopoly held by the elite on distinction. Yet, in contrast to their parents’ and grandparents’ modes of collective organization (e.g., participatory budgeting), this process now occurred in a more diffuse, contradictory, and individualized manner.

Since we left the field site at the start of 2014, Brazil has undergone drastic changes. The mass demonstrations in June 2013 inaugurated an era of political instability. In 2014, the right-wing demonstrations in support of the impeachment of former president Dilma Rousseff started, Brazilian cities hosted the World Cup, and Rousseff was narrowly reelected. This year also marked the commencement of the so-called Car Wash—a criminal investigation focused on corruption by the federal police—resulted in the imprisonment of former president Lula in 2018. The ‘Brazilian dream’ proved to be unsustainable in the long term: economic growth plunged from 7.5 percent in 2010 to -3.77 percent in 2015. This state of limbo led to the degradation of daily life in Morro. In Porto Alegre in particular, this period coincided with one of the worst state public security crises, derived from a fierce dispute between drug trafficking factions. When we returned to our fieldwork in November 2016, our interlocutors reported that they no longer had economic resources or access to credit. They were indebted to credit cards, banks, chain stores, and informal moneylenders. By adopting a conservative, populist narrative, Bolsonaro offered simple solutions to complex problems in the midst of political and economic collapse.”

+  “Bolsonaro’s presidency ended up having a paradoxical effect at the regional level: instead of strengthening the radical Right, he mostly weakened them, and few wanted to appear by his side.” Pablo Stefanoni on the election results Link.

+  “If elected in November 2022, will Lula da Silva’s Workers’ Party challenge the hegemony of big finance and rescue the economy from rentierism?” From earlier this year, an essay by Guilherme Leite Gonçalves & Lena Lavinas. Link. In 2021, a PW panel featuring Lavinas, André Singer, and Barbara Weinstein centered on financialization and social policy in Brazil. Link to the transcript.

+  “Examination of the relationship between financial capital and other bourgeois fractions in this context disputes the hypotheses of a bourgeois united front and of a convergence around rentism.” André Flores Penha Valle on the impeachment of President Dilma Rousseff, in a recent issue of Latin American Perspectives on Brazil. Link.

CAMILLE COLE is a Junior Research Fellow at Cambridge University studying Ottoman Iraq. In a 2018 paper, she investigates infrastructure investments and Ottoman-British relations in the late-nineteenth century.

“Ottoman Iraq presents a revealing case in thinking about the forms that British economic interests were able to take globally: although it encompassed zones of Britain’s informal empire, the Ottoman state intensified its own imperial ambitions towards the end of the nineteenth century. Ottoman policies in southern Iraq were neither always at odds nor always in alignment with British aims in the region. A few central contradictions shaped the Ottoman approach towards British involvement in Iraq. Most basically, Ottoman suspicions of British motives restricted the expression of British economic interests. At the same time, Ottoman policies encouraged the kind of technologically enabled economic intervention embodied by British steamship and irrigation projects. Steamship trade not only seemed to exemplify modernity, but also represented a relatively easy source of tax revenues. Irrigation fulfilled important governing priorities and promised larger tax revenues. This kind of local consideration was entangled with controversial empire-wide questions, including British oversight of Ottoman finances and the Capitulations.”

+   Watch a recording of Thursday’s event on “The Geopolitics of Stuff” featuring Kate Mackenzie, Tim Sahay, Skanda Amarnath, Thea Riofrancos, and Joe Weisenthal. Link. The discussion marked the launch of The Polycrisis, a new project led by Mackenzie and Sahay and published by Phenomenal World. Sign up to follow The Polycrisis here.

+   “In just four days, between March 29 and April 1, the Apruebo (approve) vote lost its comfortable lead in the polls over the Rechazo (reject) and never recovered.” Macarena Segovia and Paulina Toro on the Chilean constitutional vote. Link.

+   Daniela Gabor in The Guardian on the Truss tax cuts. Link.

+   Erik Bengtsson on agrarian politics and labor in the formation of Sweden’s democracy. Link.

+   “The IRA’s total spending is likely to be more than $800 billion, double what the CBO projects.” Robinson Meyer on the IRA and the climate economy. Link.

+   Nicholas Mulder on the Russia sanctions and the Global South. Link. And see the transcript of an April PW event featuring Mulder and Javier Blas on sanctions and economic war. Link.

+   “The carbon intensity of the US economy exhibits a sharp and unambiguous peak in 1917. This was a time in world history that is notable for at least two reasons: World War I ended, and the Spanish Flu broke out one year later in 1918. This paper contends that these events, coupled with (not unrelated) turmoil in the domestic coal industry, were largely responsible for the turning point in carbon intensity. After 1918, reliance on coal plummeted while oil and gas use were on the rise. After the disruptive events of the Flu and WWI, energy derived from oil rapidly increased as a share of GDP. Both coal and gas energy intensities fell until 1921. Then, after the recessions following the pandemic and the war, energy from gas climbed quickly while reliance on coal continued to fall. Reduced reliance on coal, coupled with real GDP growth, though at a modest 1.6% pace until the U.S. began to participate in WWII, resulted in precipitous reductions in carbon intensity. In fact, between 1918 and 1940 CO2 emissions fell at an annual rate of 1.3%.” By Nicholas Muller. Link.