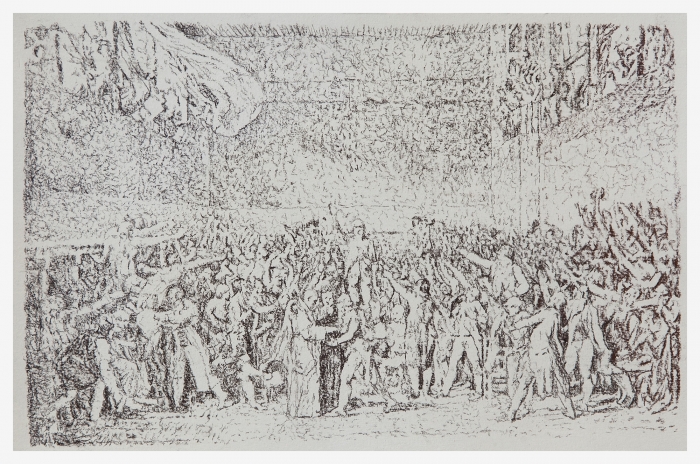 The role of labor (with some notable exceptions) has been relatively marginal in debates over how to decarbonize the economy. But given the growing number of clean energy jobs (and some recent labor news), it is reasonable to predict that any large-scale shifts in the nature of energy production will be accompanied by large-scale shifts in the nature of energy work and the labor relations that define it.

In his 2011 book Carbon Democracy, Columbia University professor TIMOTHY MITCHELL explores the political history of energy production. The wide-ranging study spans history from the industrial revolution to the Arab Spring, and charts the relationship between carbon-based energy production and various forms of governance. Among the arguments at the core of the book is Mitchell’s identification of the emergence of democratic labor institutions within the structure and position of coal mines during industrialization—a position that was weakened in the transition to oil.

“Between 1881 and 1905, coal miners in the United States went on strike at a rate of about three times the average for workers in all major industries, and at double the rate of the next-highest industry. The rise of mass democracy is often attributed to the emergence of new forms of political consciousness, and the autonomy enjoyed by coal miners lends itself to this kind of explanation. There is no need, however, to detour into questions of a shared culture or collective consciousness to understand the new forms of agency that miners helped assemble. Strikes became effective, not because of mining’s isolation, but because of the flows of carbon that connected chambers beneath the ground to every factory, office, home, or means of transportation that depended on steam or electric power.

Changes in the way forms of fossil energy were extracted, transported and used made energy networks less vulnerable to the political claims of those whose labor kept them running. Unlike the movement of coal, the flow of oil could not readily enable large numbers of people to exercise novel forms of political power.”

Link to the book preview, link to a 2009 article that preceded its publication.

In his job market paper, JEFFREY BLOEM analyzes the unintended consequences of the Dodd-Frank Act, which, in the wake of the financial crisis, heightened the transparency requirements for trade in minerals from Central Africa. The act attempted to cut ties with armed rebel groups by mandating that companies cease purchasing minerals from rebel-controlled mines. Bloem compares the intensity and spread of conflict in countries covered by the Dodd-Frank Act with that in sub-Saharan African countries which the Act did not cover.

“Impact estimates show that the Dodd-Frank Act roughly doubled the probability of conflict at the sub-national level within the DRC. This general result persists across different types of conflict. Violence against civilians, rebel group battles, riots and protests, and deadly conflict all increase within the DRC due to the passage of the Dodd-Frank Act. There are at least, two relevant theoretical mechanisms that could explain these results. The feasibility mechanism suggests that limiting the revenue earned by armed rebel groups through the extraction of 3TG minerals tightens the budget constraint of armed rebel groups and limits their ability to cause conflict. Alternatively, the opportunity cost mechanism suggests that a reduction of income earned by families, households, and individuals in Eastern DRC decreases the opportunity cost of joining a rebel group and increases the ability of armed rebel groups to perpetuate conflict.

Although policies and norms that push the private sector toward more accountable business practices are likely necessary, they are not sufficient. Ultimately, the Dodd-Frank Act, while perhaps forming beneficial international norms regarding natural resource extraction in the context of weak political institutions, has also made life much more difficult for many in Africa’s Great Lakes Region and in the DRC in particular.”