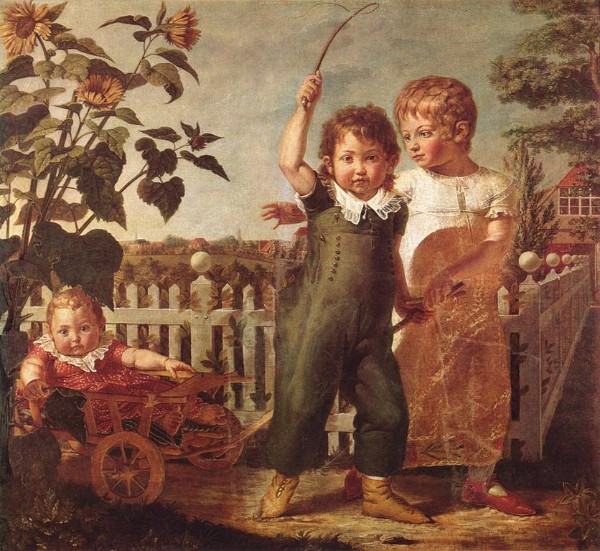 “A DOLL POSSESSED BY A DEMON”

Familiar cartoon characters are placed in bizarre scenarios, sometimes by human content creators, sometimes by automated systems, for the purpose of attracting views and ad money. First, from the New York Times:

“But the app [YouTube Kids] contains dark corners, too, as videos that are disturbing for children slip past its filters, either by mistake or because bad actors have found ways to fool the YouTube Kids algorithms.

“In recent months, parents like Ms. Burns have complained that their children have been shown videos with well-known characters in violent or lewd situations and other clips with disturbing imagery, sometimes set to nursery rhymes. Many have taken to Facebook to warn others, and share video screenshots showing moments ranging from a Claymation Spider-Man urinating on Elsa of ‘Frozen’ to Nick Jr. characters in a strip club.”

Full piece by SAPNA MAHESHWARI in the Times here.

On Medium, JAMES BRIDLE expands on the topic, and criticizes the structure of YouTube itself for incentivizing these kinds of videos, many of which have millions of views.

“These videos, wherever they are made, however they come to be made, and whatever their conscious intention (i.e. to accumulate ad revenue) are feeding upon a system which was consciously intended to show videos to children for profit. The unconsciously-generated, emergent outcomes of that are all over the place.

“While it is tempting to dismiss the wilder examples as trolling, of which a significant number certainly are, that fails to account for the sheer volume of content weighted in a particularly grotesque direction. It presents many and complexly entangled dangers, including that, just as with the increasing focus on alleged Russian interference in social media, such events will be used as justification for increased control over the internet, increasing censorship, and so on.”

Margarita comments: YouTube knows next to nothing about the content of its videos. This is despite the fact that research for video information retrieval has been progressing steadily in the last decade, with training and test sets being based on YouTube videos, for a lot of papers. The negligence on YouTube’s part is somewhat justified by the resource intensity of performing video signal information retrieval, considered in conjunction with the enormous rate with which gigabytes of new content emerge on the platform. However, YouTube has ignored other less sophisticated ways of learning about content too: through text analysis on comments or external links analysis, for example. (And YouTube has only recently expanded its algorithm to focus on time spent watching in addition to simply tracking clicks, likes, and search queries.)

Examining the transmission of emotions

“Human populations are arranged in social networks that determine interactions and influence the spread of diseases, behaviors and ideas. We evaluate the spread of long-term emotional states across a social network. We introduce a novel form of the classical susceptible–infected–susceptible disease model which includes the possibility for ‘spontaneous’ (or ‘automatic’) infection, in addition to disease transmission (the SISa model). Using this framework and data from the Framingham Heart Study, we provide formal evidence that positive and negative emotional states behave like infectious diseases spreading across social networks over long periods of time […] Determining to what extent particular emotions or behaviors are infectious is a promising direction for further research with important implications for social science, epidemiology and health policy. Our model provides a theoretical framework for studying the interpersonal spread of any state that may also arise spontaneously, such as emotions, behaviors, health states, ideas or diseases with reservoirs.”

ht Lauren, who comments: Interesting to consider this social, interpersonal notion in comparison to popular interpretations of mental illness wherein the causes are largely considered to be at least in part due to some biological predisposition in a given individual. Here, the assumption is that one is “susceptible” simply by being a person (rather than, for example, a person with a specific genetic characteristic which makes them more or less likely to be discontent regardless of social contact).

“Although previous work has examined information cascades, rumors, and hoaxes, to the best of our knowledge, very little work provides a holistic view of the modern information ecosystem. This knowledge, however, is crucial for understanding the alternative news world and for designing appropriate detection/mitigation strategies. Anecdotal evidence and press coverage suggest that alternative news dissemination might start on fringe sites, eventually reaching mainstream online social networks and news outlets. Nevertheless, this phenomenon has not been measured and no thorough analysis has focused on how news moves from one online service to another.

ht Zeynep Tufekci, who shared this summary of the study, and Margarita.