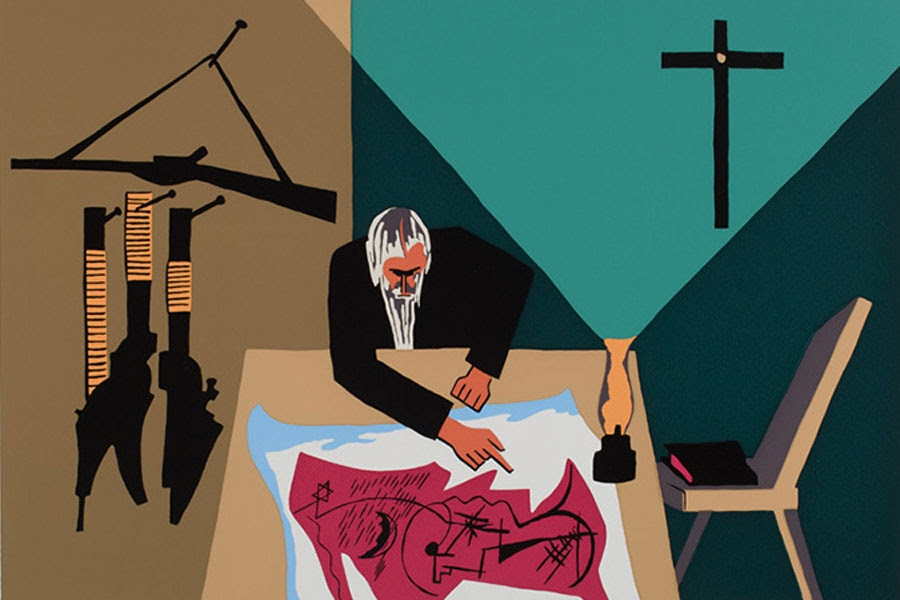 The proposed Covid-19 stimulus package in the US has reignited debate around inflation. Much contemporary concern and discussion on the topic still bears the mark of the 1970s, the Volcker disinflation, and the past consensus around the relationship between unemployment and inflation.

In a recent paper, Jonathon Hazell, Juan Herreño, Emi Nakamura, and Jón Steinsson find evidence that points instead to the determining role of expectations around future monetary policy.

“The episode in US economic history that has perhaps most strongly influenced the profession’s thinking regarding the slope of the Phillips curve is the Volcker disinflation. In the early 1980s, Paul Volcker’s Federal Reserve sharply tightened monetary policy. Unemployment rose sharply and inflation fell sharply. The conventional interpretation of this episode is that it provides evidence for a relatively steep Phillips curve. The insensitivity of inflation to changes in unemployment over the past few decades has led many economists to suggest that the Phillips curve has disappeared—or is ‘hibernating.’ During the Great Recession, unemployment rose to levels comparable to those during the Volcker disinflation, yet inflation fell by much less. The ‘missing disinflation’ during and after the Great Recession then gave way to ‘missing reinflation’ in the late 2010s as unemployment fell to levels not seen in 50 years, but inflation inched up only slightly. A similar debate raged in the late 1990s, when unemployment was also very low without this leading to much of a rise in inflation. Some have argued that the apparent flattening of the Phillips curve signals an important flaw in the Keynesian model.

An alternative to the standard narrative of the Volcker disinflation is that the decline in inflation was driven not by a steep Phillips curve but by shifts in beliefs about the long-run monetary regime in the United States that caused the rapid fall in long-run inflation expectations. Volcker’s monetary policy constituted a sharp regime shift that was imperfectly credible at the outset but became gradually more credible as time passed. This regime shift led to a large and sustained decline in long-term inflation expectations over the 1980s but also a transitory rise in unemployment. Perhaps it was this large change in inflation expectations that was the primary cause of the rapid fall in inflation over this period rather than high unemployment working through a steep Phillips curve.”

Presidential Fellow in Environmental History at the University of Manchester ADITYA RAMESH studies infrastructure projects, city-building, and technocratic politics in the British colonial and postcolonial world. A recent paper examines the construction of large dams financed through state debt in 19th-century Madras.

“The nineteenth century witnessed a major expansion in the construction of public works including canals, roads, and railways across the British empire. The question that colonial governments faced during the nineteenth century was on how to finance public works. Irrigation-related public works projects were to be divided under two headings – ‘protective’ and ‘productive’. Protective works would be financed from current revenue, and were largely for undertaking systematic repairs and executing small projects. A project classified as ‘productive’ implied a large financial outlay, drawn through complex networks of loans from financial markets in London, including the Bank of England, and guaranteed by the government of India. Provincial governments would have to approach the government of India with plans for particular public works projects in order to obtain loans. Key to approval was financial viability. Technical plans made by engineers would have to guarantee certain returns from a project, typically within ten or twenty years, depending on the project. In other words, projects would have to be self-financing, not immediately, but in the future. This category of ‘productive works’ – a way in which the economic potential of rivers could be harnessed through technology and finance – was profoundly important for the rise of the large dam as a state-led enterprise. The article argues that at the heart of the large dam, therefore, was a more fundamental relationship between the expansion of Victorian capital, contingent events such as the famine, and natural resources in the colonies.”