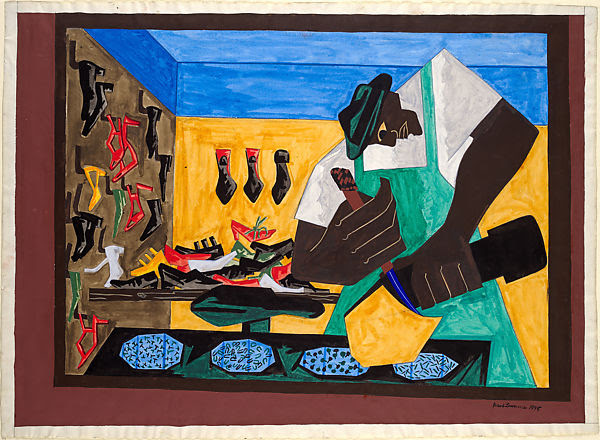 In the midst of a global semiconductor shortage, the US Senate is considering a bill that would fund $52 billion in chip subsidies for domestic production. Today, the vast majority of semiconductors are produced in East Asia, and 90 percent of advanced chips are produced by the Taiwan Semiconductor Manufacturing Co.
In their 2000 book, JOHN A. MATHEWS and DONG-SUNG CHO examine the origins of Taiwan’s semiconductor industry, which grew from public investment and technology transfers with the US.

“[Taiwan’s Electronics Research and Service Organization] scoured the world for knowledge of integrated circuit (IC) fabrication, emulating Japanese methods of study tours and knowledge leverage. In 1976 RCA was prevailed upon to transfer its obsolete IC fabrication technology to the fledgling ERSO. RCA was at this point thinking of getting out of semiconductors, and saw no harm in earning some royalties on its 7-micron technology, then severely behind the world LSI best of 2-micron circuit design. From ERSO’s perspective, the technology transfer from RCA offered a window into the secret world of advanced technology. A group of young and enthusiastic engineers spent the best part of a year in the US and at ERSO learning the technology of IC fabrication from RCA. It is out of this group that virtually the entire senior echelons of the subsequent semiconductor industry in Taiwan was formed. ERSO built its pilot IC fabrication plant under RCA guidance, and started producing its own experimental chips. ICs such as those needed in electronic watches were produced first, using RCA designs. Later the ERSO engineers were able to produce their own designs, and tweak their equipment to improve the yields, so much so that by 1978 or 1979 ERSO was securing better yields than RCA itself. The US firm started buying chips from its erstwhile pupil, albeit on a very small scale.

But Taiwan’s leaders were much more ambitious. Principal among these leaders was Dr K. T. Li. He served as Minister for Economic Affairs and went on from there to the Ministry of Finance. As ERSO was embarking on its semiconductor venture, Li retired from the Ministry of Finance, and looked around for ways to stimulate the country’s high-technology development. His first act was to call together the country’s scientific and technical elite to consider the country’s future. This conference, staged in 1978 and attended by 400 of the country’s best and brightest, proved to be a landmark event. The conference adopted a ‘Science and Technology Development Program’ which was subsequently endorsed by Cabinet. Most significantly, it called for the creation of specialist infrastructure needed to support advanced industries like semiconductors.”

+ “The history of the Korean semiconductor industry started with the foreign direct investment of US firms like Fairchild and Motorola in the mid 1960s, which were increasingly investing in low-wage countries in order to reduce their production costs.” A 1996 OECD report on the development of the Korean semiconductor industry, by S. Ran Kim. Link.

+  “By announcing an allocation of US$9.78 billion towards developing a full-stack semiconductor ecosystem, New Delhi made clear that industrial policies are its instruments of choice.” Pranay Kotasthane and Arjun Gargeyas argue that India should follow Taiwan’s path in semiconductor production. Link.

+  “Many of today’s chips will be obsolete in the time it takes Congress to pass legislation affecting them.” A report on semiconductors from the Foreign Policy Research Center. Link. And for some of the best analysis on semiconductors, see Employ America’s 2021 series on the topic. Link.

Gerardo A. Torres Contreras is Research Fellow in Energy Justice and Transitions at the University of Sussex Business School. In a recent article, he examines the social and economic effects of wind farms in a Mexican ejido—a parcel of land distributed after the Mexican Revolution of 1910.

“In 1994, La Venta, Mexico became the first ejido to have a wind farm installed. Wind energy investment in the ejido has been so significant that, by 2020, they have extended to over 50 per cent of the land, occupying 3,221.8 hectares. Drawing on agricultural censuses on the ejido, discontinuous fieldwork in the region from 2017 to 2019, and 40 semi-structured oral history interviews focused on wind energy expansion and land use dynamics with current and former land authorities, activists and ejidatarios, this paper argues that wind investment has accelerated patterns of social differentiation among landowner subgroups, thereby exacerbating pre-existing land inequalities. In an ejido where land allocations were skewed towards a few hands at its foundation and land deals are regulated by the Agrarian Law, large landholders have capitalised on the wind industry by diversifying their income and differentiating their trajectories from those with less land. The socio-material arrangements brought about by wind energy in the ejido La Venta have allowed small landholders to sustain their livelihoods by relying on their petty agricultural productivity and using wind rents as a safety net. This suggests that, in the ejido land system, pauperisation rather than displacement is a likely outcome for this subgroup.”

+   “Biden’s EV tax incentive and López Obrador’s lithium nationalization are evidence of nascent competition between the US and Mexico around billions in potential green investments in the automotive sector.” New on PW, Alejandra González Jiménez examines the history of Mexico’s automotive sector and the present-day politics of electric vehicle production. Link.

+   “Abolishing Sri Lanka’s much-hated executive presidential system of government through a comprehensive package of political reforms will have to be a priority in the policy agenda of any new government.” Jayadeva Uyangoda on Rajapaksa’s resignation. Link.

+   Antonio Freitas and Alessandro Miebach compare racial inequality in Brazil and the US in the 21st century. Link.

+   “Real disposable income for the bottom 50% was 20% higher in 2021 than in 2019, but fell in the first half of 2022 as the expansion of the welfare state during the pandemic was rolled back.” Thomas Blanchet, Emmanuel Saez, and Gabriel Zucman construct “real-time” income distributions. Link.

+   “After the Civil War a near-consensus did emerge in the United States regarding key goals that ought to guide U.S. relations with Latin America, and Mexico in particular—including creating new markets for American exports, expanding U.S. investment in Mexico’s mining and agricultural industries, and developing cross-border transportation networks to enable the movement of Mexican minerals and other raw materials into the United States. These aims elicited a considerable degree of unanimity in an otherwise deeply divided post–Civil War society. That fact was not lost on certain prominent editors, journalists, and political leaders who in the early 1870s began to call for a nationwide effort to extend U.S. financial and commercial influence south of the Rio Grande. A unifying mission of national aggrandizement abroad, they hoped, would help Americans forget the wartime resentments many of them still held toward one another.” By Alys Beverton. Link.