The Spell of the Lake 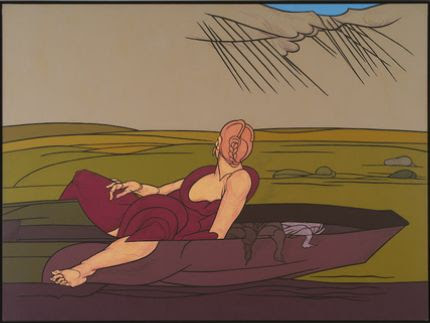 In the late 2000s, the term “land grab” rose to prominence to describe large-scale acquisitions of farmland in Africa, Asia, and Latin America. Reports of “land grabs” also inspired debates around the specific functions of foreign investment, domestic policies in the global South, and commodity prices in development.

A 2012 article by LORENZO COTULA takes a critical approach towards “land grab” literature and distinguishes contemporary land acquisition patterns from their historical counterparts.

“There is nothing new in the acquisition of land in the global South to produce crops for export to the global North, and some crops have a long history in tropical plantations (e.g. rubber). However, the biofuels boom has brought new actors (e.g. constellations of energy, agribusiness and biotech companies) and new crops (e.g. jatropha), or has reinvigorated interest in longstanding crops (e.g. sugar cane, palm oil). Carbon markets are changing the nature of the financial returns at stake and, more fundamentally, the very relationship between humankind and nature. The growing participation of financial players in the global land rush brings to the land arena a new set of players, motivations and investment models. In the words of Peluso and Lund, ‘there is no one grand land grab, but a series of changing contexts, emergent processes and forces, and contestations that are producing new conditions and facilitating shifts in both de jure and de facto land control.’

However one looks at it, the land rush, if sustained over the next few years, will have profound implications for the future of world agriculture, including the roles of states and markets, of agribusiness and family farming, and of the global trading system. For example, as companies increase their degree of vertical integration and as governments acquire land overseas to import agricultural produce, a growing share of world agricultural trade will occur within the ‘closed circuit’ of corporate or country systems – deepening a trend that has emerged over the past few decades. In turn, this trend may have repercussions in multiple directions: to name a few, greater vertical integration of value chains can squeeze local operators; intra-firm transactions may increase opportunities for tax avoidance through transfer pricing; and mercantilist approaches to outsourcing agricultural production for national food security can ultimately undermine the multilateral trading system.”

“Global firms often access capital markets by issuing securities through cross-border affiliates. Standard economic data associate such offshore securities with the location of the issuing affiliates, rather than the country of their ultimate parents, so they offer a highly distorted view of global portfolios. In this paper, we match foreign subsidiaries located in tax havens to their parents with a security-level dataset on global fund holdings and restate bilateral investment positions to reflect the true financial linkages across countries. The resulting nationality-based statistics paint a vastly different picture of global capital allocation than the original residency-based data. First, the revised positions involve significantly larger bilateral portfolio debt investments from developed markets to large emerging markets including the “BRICS” countries. Firms in those countries disproportionately issue bonds through affiliates that are resident in tax havens in part to minimize the burden of withholding taxes that apply to interest payments on foreign-held bonds. As a result, our revised positions reveal that U.S. investments in Brazilian corporate bonds, for example, equal $50 billion, much larger than the $8 billion position listed in TIC. Second, the revised positions involve a massive increase in the bilateral holdings of Chinese equities by each of the advanced economies. For example, whereas the national statistics for 2017 list the United States as holding $154 billion in Chinese common equities, we find the position to be worth about $700 billion.”