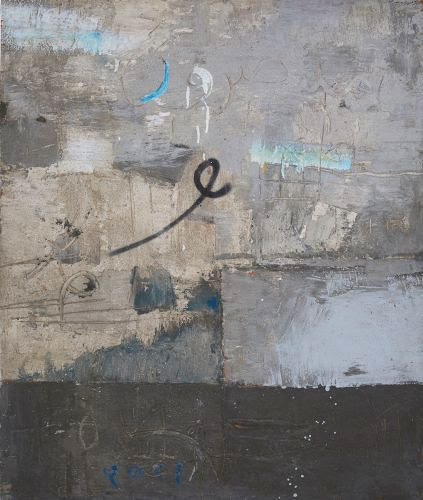 A top economic advisor in the Dominican Republic recently estimated that the loss of Russian and Ukranian visitors would cost the country $400 million in tourism revenue. With 9.5 percent of GDP traced back to tourism reciepts, the DR is the most tourism-dependent country in Latin America.

In a 2008 paper, AMALIA L. CABEZAS examines the history of the sector and its effects on the Dominican labor market.

“International tourism in the Dominican Republic grew slowly at the end of the 1960s as a way of generating development without making large investments in manufacturing and technology. Since tourism relies on the packaging of natural assets, it was considered to support economic growth by using existing resources, such as sandy beaches, a warm and sunny climate, ‘friendly people,’ and local arts and music. In 1968 the Plan Nacional de Desarrollo established the outline of a strategy for the tourism sector. In 1971 the Central Bank established a department for the promotion of tourism development to be financed by the World Bank. Through loans and with the technical expertise of the World Bank and Inter-American Development Bank, in the 1970s the Dominican Republic began to move away from state-led industrialization and sugar toward tourism and free-trade zones. The acceleration of its incorporation into the global economy was facilitated by structural adjustment programs that, for example, devalued the Dominican peso in 1987 to help the country compete for foreign investment.

Tourism rapidly displaced sugar as the main source of earnings, and by 1997 it was generating more than half of the country’s total foreign exchange. The government created generous tax concessions to stimulate foreign investment with the goals of producing employment, paying off the foreign debt, and generating revenue. In the long run, however, this approach failed to create sustainable development or to enhance the well-being of the majority of the population. National elites have benefited, as the increasing polarization of income indicates, but the majority of the population has been relegated to positions of servility in a competitive labor market that provides predominantly low-paid, seasonal, and unstable jobs.”

+  Tamara Diana Wilson looks at the impacts of tourism across Latin America, including in Bolivia, Chile, Ecuador, and Peru. Link. And Wasiq Khan examines the divergence in industry between the DR and its neighbor, Haiti. Link.

+  “Particular factors that affected the economy at the time were the slowdown in tourism after the September 11th attacks on the USA, the reduced growth rate of the USA’s economy, and higher petroleum import prices.” Jose R. Sanchez-Fung on the links between tourism, dollarization, and the New Millenium banking crisis in the DR. Link.

The History of RCTs

Luciana de Souza Leão is Assistant Professor of Sociology at the University of Michigan. In a 2019 paper co-authored with Gil Eyal, she offers a historical perspective to the current wave of randomized control trials in development economics.

“We compare recent development RCTs with an earlier wave of development experiments dating from the 1960s and 1970s to investigate the links between the academic success of randomistas and historical changes in the development aid industry. We show how the recent privatization and fragmentation of the foreign aid sector enabled randomistas to bypass the political resistance to randomization among development workers and beneficiaries, which had bedeviled their predecessors. Comparing current development RCTs to earlier experiments, we find that they tend to be of shorter duration, smaller scope, and that they often limit themselves to evaluating only what can be easily measured. While this might be useful to cement the alliance between randomistas and global foundations interested in demonstrating the impact of their giving, we argue that the targeted interventions characteristic of the randomista movement obscure the harder task of addressing the complex mechanisms reproducing global poverty.”

Link to the paper, link to de Souza Leão’s website.

+   Three on the IMF, sovereign debt, and climate: Kate Aronoff on the IMF’s “half measures” for debt relief around the world, Catherine Osborne on Ecuador’s inability to meet climate goals, and Lee Harris’ recent PW essay on IMF austerity & Pakistan’s renewables sector.  Link, link, and link.

+   Gregor Semieniuk on how industrial policy can advance the low-carbon transition. Link.

+   Ramaa Vasudevan on the Fed’s corporate bond-purchase program in 2008, and its implications for the Fed’s pandemic response. Link.

+   “We link satellite smoke plumes with labor market outcomes to estimate that an additional day of smoke exposure reduces quarterly earnings by about 0.1 percent.” Mark Borgschulte, David Molitor, and Eric Zou study the labor market effects of wildlife smoke in the US. Link.

+   Linda Yin-nor Tjia examines China’s joint projects in Kazakhstan over the past 30 years, linking them to the nation’s rising geopolitical importance and its oil-driven sovereign wealth funds. Link.

+   “The debate on whether managerial control was divorced from share ownership in early twentieth-century Britain exhibits an extreme lack of consensus. Here we substantially resolve these issues, relying on a source, the Investor’s year book. This directory itemizes shareholder numbers and the amount held by directors: fuller information than is available in the UK for the next eight decades. The results are striking: the level of board ownership in British companies was lower before the First World War than observed anywhere towards the end of the twentieth century. The conventional wisdom that the century experienced a revolutionary ‘divorce’ of ownership from control and the rise of a new ‘managerial’ capitalism is an urban myth.The evolution of managerial control in the UK was substantially complete before 1914.” By James Foreman-Peck and Leslie Hannah. Link.