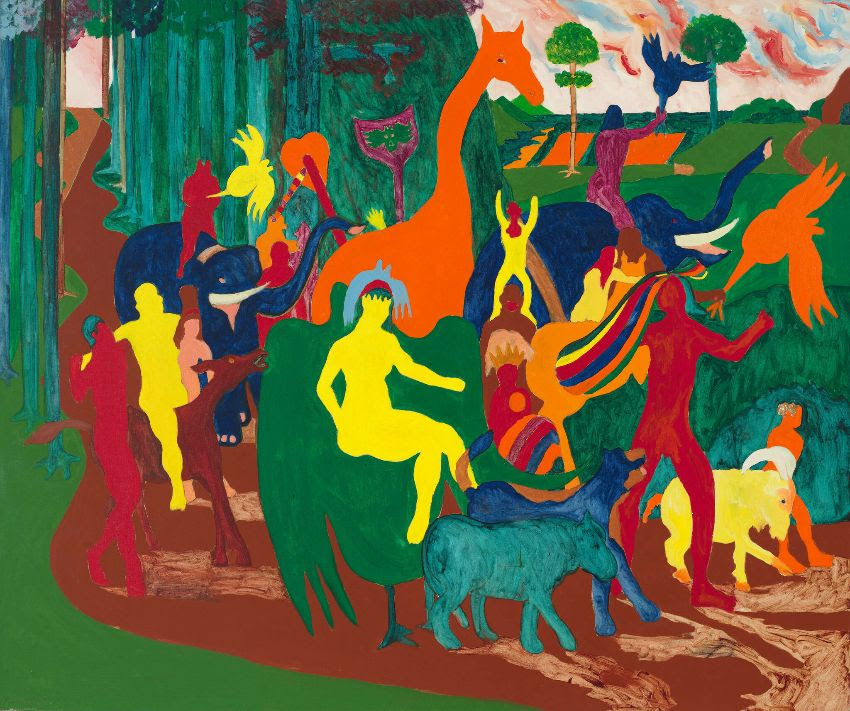 Earlier this month, a wave of protests spread across Kazakhstan. Though prompted by rising gas prices, the demonstrations soon came to target the country’s decades long trajectory of corruption and resource privatization.

A 2001 article by ERIKA WEINTHAL and PAULINE JONES LUONG contextualizes this trajectory by comparing models of resource ownership in five post-soviet states.

“The Soviet Union’s collapse in 1991 produced not only several newly independent states but also a new set of major oil and gas producers: the Russian Federation, Azerbaijan, Kazakhstan, Turkmenistan, and Uzbekistan. Together with Iran, these five energy-rich Soviet successor states make up the Caspian Basin, which is estimated to hold the largest oil and gas reserves in the world outside the Persian Gulf. They had almost identical starting points when they discovered the potential market value of their oil and gas reserves and assumed control over them. Despite these similarities, they pursued notably distinct strategies toward developing their energy sector. At one end of the spectrum, Turkmenistan and Uzbekistan maintained full state ownership over their respective oil and gas reserves and rejected the direct involvement of international actors in developing them. At the other end, Kazakhstan completely privatized its energy sector by selling the majority of shares in formerly state-owned oil and gas enterprises to foreign investors. In between these two extremes, the Russian Federation privatized its energy sector to domestic capitalists with only a minimal amount of international involvement, whereas Azerbaijan maintained full state ownership over its energy reserves and invited foreign companies to assume a direct role in developing them.

The purpose of this article is to explain these empirical puzzles and, indoing so, formulate a broader theory of the initial formation of natural resource development strategies. In short, we argue that state leaders choose energy development strategies based on the domestic constraints they face when they either first discover or gain newfound authority over their energy reserves: (a) the availability of alternative sources of export revenue and (b) the level of political contestation. These two domestic factors determine the amount of resources that state leaders possess in the status quo versus the costs they must continue to incur to satisfy their supporters and to appease or defeat their opponents. Hence, they also determine the extent to which state leaders must rely on the energy sector to retain their power.”

+  In a 2002 book, Weinthal analyzes the politics of water ownership in the Aral Sea. Link.

+  A collection of essays from a 2005 conference on the cotton sector in Central Asia. Including: changing agrarian models in Uzbekistan, privatized production in South Kyrgyzstan, migrant labor conditions in Kazakhstan. Link.

+  From 2013: Kobil Ruziev and Toshtemir Majidov analyze “the differing effects of the Global Financial Crisis on Kazakhstan, the Kyrgyz Republic and Uzbekistan through trade, foreign worker remittances and banking sector channels.” Link.

“Over the past decades, China has made remarkable achievements in infrastructure development. However, the 1994 fiscal reform shifted a large portion of local tax revenue to the central government. China’s budgetary law had prevented subnational governments from either running a fiscal deficit or borrowing directly from creditors. To circumvent this statutory restriction, local governments set up state-owned enterprises (SOE) to borrow indirectly for infrastructure investment. This special type of SOE is called the “Local Government Financing Vehicle” (LGFV). The debt raised by LGFVs skyrocketed in the aftermath of the 2008 financial crisis, which aroused widespread attention among policymakers, practitioners, and economists. How does the institutional arrangement in China’s financial market increase the cost of capital in infrastructure financing for underdeveloped areas? First, transportation infrastructure in fiscally strapped cities is more growth-enhancing, as evidenced by higher shadow price in a hedonic approach. However, their cost of capital can hardly rival those of wealthy ones. Second, LGFVs in wealthy and high-notch cities operate with higher leverage and utilize more bond financing, but do not outperform those of low-income cities in terms of profitability and liquidity.”

+   “We estimate that the program cumulatively preserved between 2 and 3 million job-years of employment over 14 months at a cost of $170K to $257K per job-year retained.” An evaluation of the Paycheck Protection Program. Link.

+   “How do we know how many people are working?” Skanda Amarnath and Alex Williams in Barron’s on prime-age employment rate versus the U-3 unemployment rate, and the implications of employment metrics the Fed’s dual mandate. Link.

+   Sultan Mehmood, Shaheen Naseer, and Daniel Li Chen examine Pakistani policymakers’ responses to evidence. “Treated deputy ministers were willing to spend 50% more from their own pockets and 300% more from public funds for evidence in the form of randomised evaluations. In contrast, they were 50% less willing to pay for correlational evidence.” Link. h/t Paul

+   “Something strange has happened to Yemen’s banknotes. Old rials and new rials have ceased to be fungible. Any rial note that was printed prior to 2016 is now worth around 10% more than newer rial notes.” JP Koning on Yemen’s bifurcated monetary system. Link to a 2020 post, link to a recent update.

+   “Austerity measures taken to varying degrees by the Nixon, Ford, and Carter administrations coincided with accelerating price increases.” In Equitable Growth, Andrew Elrod looks to 1970s ‘stagflation’ to warn against austerity measures today. Link. See also: Elrod’s recent PW essay on the theory and history of price controls in the US. Link.

+   On the long-term environmental consequences of the Korean War, by Su-Kyoung Hwang. Link.

+   “Are There Too Many Farms in the World?” Mark Rosenzweig and Andrew Foster on farm size, output, and productivity. Link.

+   “This paper is about what we call the first digital revolution, a radical transformation of the world, particularly evident in the world of finance, which occurred under the reign of Queen Victoria, with bifurcation between 1850 and 1880. The computers that generated the first digital revolution were organic: They were human machines. Starting with the annuity, for which early calculators developed formulae enabling the determination of interest rates, a universe of financial calculations emerged comprising algorithms and the computers that employed them. These innovations were rapidly disseminated throughout the 19th century. The inflection point was 1848. To support this transformation, ‘human computers’ had to be trained, formatted, and organized to upload the latest information. This task fell upon the British Institute of Actuaries, created in the same year, which started the registration of ‘human machines.'” By Marc Flandreau and Geoffroy Legentilhomme. Link.