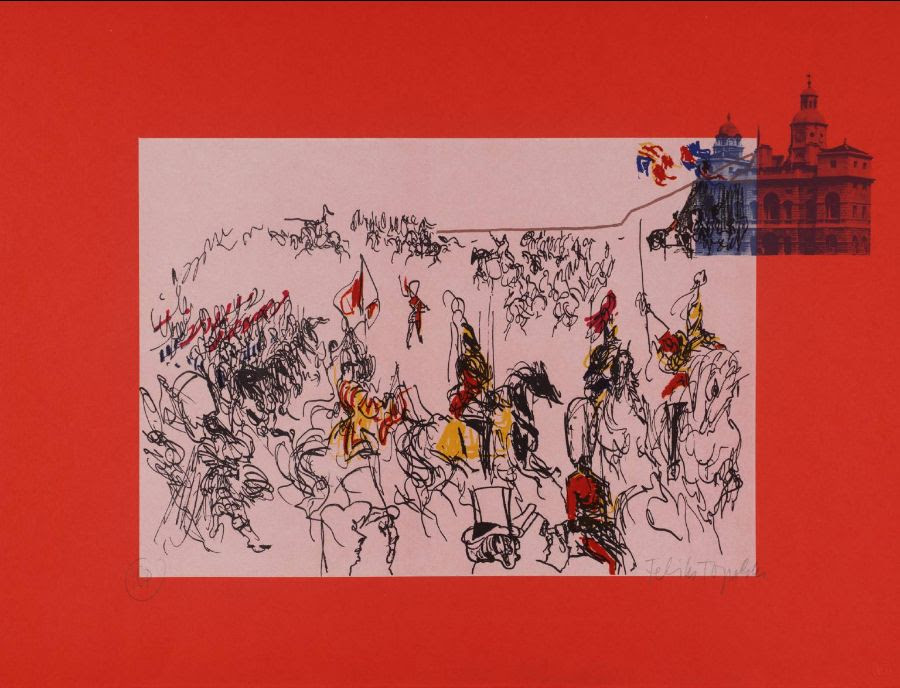 In January 2021, Crown Prince of Saudi Arabia Mohammed bin Salman unveiled plans to build ‘The Line’, a $500bn futuristic 170km carbon-free city strip in Neom destined to be fully automated, fueled by clean energy, linked to neighboring Jordan and Egypt, and at the core of Vision 2030, a national development plan to diversify the heavily oil-dependent Saudi economy. Critics have argued that the project provides little more than a ‘mix of science fiction and corporate buzzwords’ and that Mohammed bin Salman ‘thinks that building cities will happen in the same way as it does in video games.’

Over the past decade, plans for megaprojects encompassing futuristic cities and large-scale transnational connectivity infrastructure across the global South have come to embody fantastical promises of modernity, development, and economic integration. What can political economy tell us about the relationship between resource-rich economies and such developmental fantasies?

In a 1997 book, FERNANDO CORONIL explores how the circulation of oil rents shaped the process of state formation in Venezuela, where the national myths and the modern state were sealed with the particular properties of oil.

“The acclaimed Venezuelan political commentator José Ignacio Carbujas related the state’s providential appearance to its worldly materiality and highlights the cultural and political effects of its extraordinary wealth. As if wishing to acknowledge and disavow the state’s exalted self-representation, he notes that in Venezuela the state is a ‘magnanimous sorcerer’ endowed with the power to replace reality with fictions propped up by oil wealth. ‘Oil is fantastic and induces fantasies,’ Carbujas says. Its power to awaken fantasies enables state leaders to fashion political life into a dazzling spectacle of national progress through ‘tricks of prestidigitation.’ State representatives, the visible embodiments of the invisible powers of oil money, appear on the state’s stage as powerful magicians who pull social reality, from public institutions to cosmogonies, out of a hat.

In this book, I explore the appearance of the Venezuelan state as a transcendent and unifying agent of the nation. I argue that the deification of the state took place as part of the transformation of Venezuela into an oil nation. Thus transformed into a petrostate, the Venezuelan state came to hold not only the monopoly of political violence but of the nation’s natural wealth. The state has exercised this monopoly dramaturgically, securing compliance through the spectacular display of its imperious presence. The Venezuelan state has been constituted as a unifying force by producing fantasies of collective integration into centralized political institutions. By manufacturing dazzling manufacturing projects that engender collective fantasies of progress, it casts its spell over audience and performers alike. As a ‘magnanimous sorcerer,’ the state seizes its subjects by inducing a condition or state of being receptive to its illusions—a magical state.”

This top section of the newsletter was written by guest contributor Ilias Alami, a political economist based at Maastricht University and the author of Money Power and Financial Capital in Emerging Markets, which was shortlisted for the British International Studies Association 2019 best book in international political economy award. He is currently writing a book on state capitalism. He tweets at @IliasAlami.

PhD Candidate in political economy at the University of Sydney CHAIRUL ADI compares the fiscal multipliers of public and private debt.

“The research question in this paper is whether public and private debt affects the effectiveness of a fiscal policy; this paper will investigate the impact of public and private debt levels in determining the size of the fiscal multiplier. Instead of viewing private debt levels merely from the perspective of household debt, this paper will employ data of the domestic credit available to the private sector as the proxy of private debt. The analysis is presented based on a balanced panel consisting of 16 economies during the period from 1996 to 2012. The result of this paper supports the Keynesians’ argument that the increase in government spending should be expansionary. Government spending generates positive values for the impact multiplier, ranging from 0.29 to 0.44 and for the cumulative multiplier, for two years, of between 0.45 and 0.58. Revenue-based fiscal policies, on the other hand, seem to follow the Ricardian equivalence hypothesis, that views tax cuts as an inconsequential policy. Worthy of note, this paper proposes not to solely view the spending instrument as a total entity, but one should classify government spending into its separate elements, as it might lead to different results.”

Link to the paper, link to Adi’s profile.