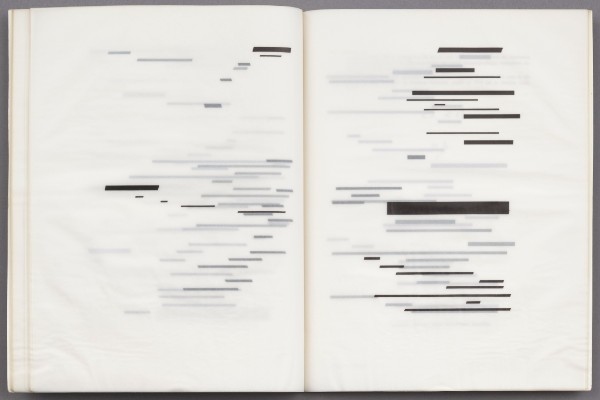 THE FUTURE OF UNDERGRADUATE EDUCATION

A new report argues that quality, not access, is the pivotal challenge for colleges and universities

From the American Academy of Arts and Sciences, a 112-page report with “practical and actionable recommendations to improve the undergraduate experience”:

“Progress toward universal education has expanded most recently to colleges and universities. Today, almost 90 percent of high school graduates can expect to enroll in an undergraduate institution at some point during young adulthood and they are joined by millions of adults seeking to improve their lives. What was once a challenge of quantity in American undergraduate education, of enrolling as many students as possible, is now a challenge of quality—of making sure that all students receive the rigorous education they need to succeed, that they are able to complete the studies they begin, and that they can do this affordably, without mortgaging the very future they seek to improve.”

Link to the full report. Co-authors include Gail Mellow, Sherry Lansing, Mitch Daniels, and Shirley Tilghman. ht Will, who highlights a few of the report’s recommendations that stand out:

The rapid development of machine learning and AI raises a sci-fi specter going back at least to Frankenstein: well-intentioned geniuses use technology to create something they can neither understand nor control, disaster ensues. So it’s not surprising that there’s an emerging sense of urgency around making AI understandable. If we can’t explain how the systems work, the thought goes, we can’t know that we’re not designing them badly, that we’re not leading them astray through hidden assumptions in our data, that we’re not training them to reflect our prejudices. And, to be sure, there are great examples of both practical and moral failures of AI systems in Aaron Borstein’s Nautilus article.

I think, however, that there are reasons for skepticism around the explainable AI (“XAI”) project as it stands. In particular, explanation is an astonishingly difficult concept to define. You could fill a book with attempts to define it and their refutations (people have: Wesley Salmon’s Four Decades of Scientific Explanation is a classic). It’s extraordinarily unlikely that a definition that can be operationalized algorithmically will be discovered any time soon. But this pessimism can be tempered with a higher-order skepticism: explanation is almost certainly a red herring, and not what we need to allay our fears.

First: explanation is hard. Although the notion of explanation, as an object of study, is relatively new to computer science and technology studies, it’s old hat to analytic philosophy (“analytic” philosophers are the folks who brought us formal logic, set theory, and computability theory, as opposed to “continental” philosophers like Derrida and Žižek). There’s a literature in logic, philosophy of science, philosophy of mathematics, ethics, and philosophy of action spanning more than 75 years that treats explanation as its primary focus (for some overviews see the Stanford Encylcopedia of Philosophy’s articles on scientific explanation, reasons for action, and explanation in mathematics). Perhaps the most salient lesson of this literature is that the obvious definitions just don’t work. They all meet with recalcitrant counterexamples.

Writers in XAI unfamiliar with this literature are now recreating the earliest attempts at definitions. So the Bonsai piece seems to think of explanation as a matter of “discriminat[ing] between [a] particular classification and any other classification that could have been derived” — what philosophers call counterfactual dependence. The Harvard interdisciplinary group, meanwhile, endorses both the counterfactual dependence notion (“Would changing a certain factor have changed the decision?”) and a causal notion (“what factor caused a difference in outcomes?”).

But neither of these characterizations correctly captures the notion of explanation. Take the causal notion: to explain an event is to describe its causes. There are all sorts of explanations that don’t meet this definition. Think of someone defending against libel by saying: “What I said isn’t libel, because it’s true, and libelous claims are false by definition.” The truth of the claim, together with the definition of ‘libel,’ explains why the claim isn’t libel, but neither causes anything. The relationship here is constitutive, rather than causal. Likewise, there are explanations of mathematical theorems, explanations from equilibrium states, and statistical explanations that are non-causal.

Or take counterfactual dependence: the event being explained wouldn’t have happened without the explaining factor. This is both too narrow and too broad to work as a definition. Too narrow, since it misses out on the above explanations; it’s simply not true that a non-libelous statement would have been libelous had our definition of ‘libel’ been different, any more than it’s true that horses wouldn’t have had tails if our definition of ‘tail’ had been different (as Steve Yablo puts it, “how people talk doesn’t change the anatomy of horses”). Too broad, since it fails to rule out bad explanations that cite minor or irrelevant factors: say I’m driving drunk and crash; although it’s true that I wouldn’t have crashed if I’d lost my keys, failing to lose my keys doesn’t explain the crash. My drunkenness does!

My point is not to trash these authors; these sorts of well-motivated (but decidedly bad) definitions of explanation are exactly what we’d expect smart people to come up with when they’re just starting off on the project of describing explanation formally. And of course, we can try all sorts of moves, by modifying the definitions slightly, or narrowing their scope, or distinguishing between different kinds of explanation; in fact, this is exactly the game that plays out in the literature. Instead, the point is that, at least to the extent that successful development of XAI depends upon a coherent picture of explanation, those working in the field would do better by learning from the work that’s gone before, rather than trying to re-discover everything from scratch. It’s late in the game, and there are substantially more sophisticated and defensible pictures of explanation around these days (Michael Strevens, Elliott Sober, Philip Kitcher, Bas van Fraassen, Brad Skow, and Robert Batterman are some of the key figures).

Explanations happen on multiple levels. There can be, and there almost always are, multiple concurrent good explanations for the same event. Why did Sally kick Sam? Think of the directions we can go with an explanation. Because he insulted her. Because she was angry at him. Because she wanted to cause Sam pain and predicted that kicking him would effectively do so. Because certain regions of her brain activated in certain ways, signaling her leg to move, causing her foot to impact Sam. Because her neurons fired in a particular way, causing her muscle fibers to contract. Because a vast, complex system of particles underwent a cascade of state changes that eventually ended in one of unfathomably many possible realizations of a Sally-kicks-Sam state.

So without more clarity about what we’re seeking from explanations, it’s not at all obvious what level we’re hoping XAI explanations will sit at. It’s also not obvious what sorts of analogies are appropriate to the sort of explanations appropriate for human actions. The closest (in terms both of the comfort we’re seeking from such explanations and of the language in which writers seem to discuss them) would seem to be the high-level reasons for action. But there’s a pretty big problem with that: an algorithm doesn’t have reasons in the sense that Sally’s anger is a reason for her kicking Sam. At least in AI’s extant forms, it’s pure metaphor to think about such a system’s beliefs and desires, much less its commitments, motivations, and justifications.

Is there a middle-ground alternative that is appropriate to algorithms? The notion of interpretability found in some XAI writing points to one: we want to be able to articulate in clear, comprehensible terms what features are being used in what ways by the algorithm. One way to cash this out is in terms of rational reconstruction – trying to imagine a fictional rational agent making the decision, and tracking the steps and factors used by that agent as rough parallels to those of the algorithm. This is akin to the reasonable person test used in some legal contexts: rather than try to “get inside the head” of a subject, we simply imagine whether a reasonable person could or would have done the same in the same context.

Yet it’s still not clear how much we can demand along these lines. Many authors (including the Harvard group) demand that the process be determinate and consistent across contexts. Assume that it is. If an algorithm lends itself to rational reconstruction, it seems that the features to which the algorithm responds must be to some extent recognizable to humans, and the decision process by which the algorithm uses them to classify must be to some extent expressible to humans. But this presents a dichotomy. If the features perfectly reflect human-recognizable features, and the process is easily describable, this makes the algorithm look very like a decision tree or similar. For most of the tasks in question, these perform poorly. On the other hand, if the interpretations are themselves only vague or rough analogies, then it’s not clear how reliable such explanations are: our rational reconstructions seem more creation than recreation. There’s a trade-off between how well the algorithms work, and how well they can be explained. The real question, it seems, is how to balance this trade-off.