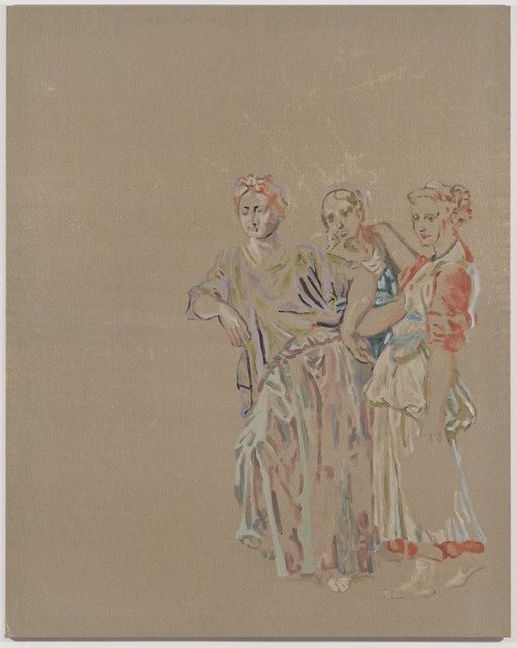 Tufekci: “…Facebook does not ask people what they want, in the moment or any other way. It sets up structures, incentives, metrics & runs with it.”

Mosseri: “We actually ask 10s of thousands of people a day how much they want to see specific stories in the News Feed, in addition to other things.”

Tufekci: “That’s not asking your users, that’s research on your product. Imagine a Facebook whose customers are users—you’d do so much differently. I mean asking all people, in deliberate fashion, with sensible defaults—there are always defaults—even giving them choices they can change…Think of the targeting offered to advertisers—with support to make them more effective—and flip the possibilities, with users as customers. The users are offered very little in comparison. The metrics are mostly momentary and implicit. That’s a recipe to play to impulse.”

The tweets are originally from Zeynep Tufekci in response to Benedict Evans (link), but the conversation is much easier to read in Hamza Shaban’s screenshots here.

See the end of this newsletter for an extended comment from Jay.

Mechanisms and causes between micro and macro

Daniel Little, the philosopher of social science behind Understanding Society, has written numerous posts on the topic. Begin with this one from 2014:

“It is fairly well accepted that there are social mechanisms underlying various patterns of the social world — free-rider problems, communications networks, etc. But the examples that come readily to mind are generally specified at the level of individuals. The new institutionalists, for example, describe numerous social mechanisms that explain social outcomes; but these mechanisms typically have to do with the actions that purposive individuals take within a given set of rules and incentives.

“The question here is whether we can also make sense of the notion of a mechanism that takes place at the social level. Are there meso-level social mechanisms? (As always, it is acknowledged that social stuff depends on the actions of the actors.)”

In the post, Little defines a causal mechanism and a meso-level mechanism, then offers example research.

“…It is possible to identify a raft of social explanations in sociology that represent causal assertions of social mechanisms linking one meso-level condition to another. Here are a few examples:

More of Little’s posts on the topic are here. ht Steve Randy Waldman

Enthographer Bernardo Zacka on his time at an anti-poverty agency

From Zacka’s piece in the Boston Review, on the structure and function of bureaucracies in context:

“The text of the law is often ambiguous and riddled with conflicts. It lends itself to various interpretations, and can be ‘operationalized’ in a variety of ways. Resolving such indeterminacies is not merely a technical challenge, but one that requires bureaucrats to prioritize certain values and interests over others. Moral and political decision-making continue well within bureaucratic agencies, as the meaning of the law is clarified and given practical countenance.”

From Zacka’s piece in the Atlantic, a narrative view into his work at the agency:

“The moral dimension of street-level work has two sides, then. Empowering in one respect, it elevates bureaucrats beyond the tedium of applying rules, and imparts gravity to what they do. Yet it also makes them complicit in the shortcomings of the system they embody, for they become implicated in it not just as operators, but as thinking and reasoning agents as well. With this comes a more acute sense of personal responsibility.”

Lauren comments: “In spite of the critiques that are often, and in my opinion, hastily made against ethnography—it is “unscientific”, biased, over-narrativized—it is difficult, if not impossible to deny the strength of that field when it comes to contextualizing and depicting the nuances of living a life inextricably embedded in a given culture or intersection thereof. (Look also at: Sudhir Venkatesh, Michael Taussig, Clifford Geertz, Matt Desmond, Annette Lareau, Shamus Khan.) ht Lauren and ht Juliana Bidadanure

There are really two different ideas worth highlighting here, both of which undermine the standard “free choice”/“open market” picture of information, which, for the sake of simplicity, says that the goal of a content curation mechanism should be to maximize expected user preference satisfaction, that users are themselves best positioned to judge what will optimize their expected value, and that observing their overall tendencies in choosing what to read is a good guide to those preferences.

The first, and most obvious, is that, for human beings with constraints and bounded rationality, it’s absurd to discount the role played by the form in which choices are presented. Psychology and behavioral economics have established at this point that there are many situations in which people don’t choose rationally: framing effects (Kahneman and Tversky), choice overload (Toffler), and predictive failures (Gilbert) are just some of the ways this happens. Given this, it’s not obvious that people’s choices among a stream of options are very good guides to their preferences. Moreover, it’s not obvious, even if momentary preferences are well-revealed by a system, that it’s these momentary preferences, rather than higher-order reflective preferences, that we should be paying attention to. As Tufekci puts it, “‘What people want’ has very different answers depending upon how you measure it.”

The second, and more subtle, worry derives from the fact that preferences aren’t static. Not only do they change over time, but this change occurs in feedback with consumption: what we prefer isn’t independent of what we in fact see. This is easy to observe in our actual preferences: on the opening night of the new Star Wars, it’s a pretty good bet that I’ll like it; three months down the road, it will no longer be the best recommendation for me, because I’ve already seen it. Conversely, if I read works from a particular point of view, I may normalize the presuppositions and tone of that point of view to the extent that reading works from opposing positions is uncomfortable. On the grand scale, this leads to what Ian Hacking calls the “looping effects of human kinds.” On an individual scale, though, we don’t need to be this ambitious; it suffices here to recognize that when what we read changes what we like, the question of which choice will optimize our expected preference satisfaction becomes much more complex, and will often have no solution (even in theory). Optimization in this scenario is appropriately thought of as selecting between entire histories or paths, not between individual items which form pieces of staggeringly huge numbers of paths. Under this sort of condition, it’s strictly false that, even if (pace the above considerations) users are well-positioned to judge which among any given set of options will best satisfy them, these choices will lead to a globally optimal sequence of choices. Nor does weakening the notion of preference away from global paths provide much help, since it’s not clear that there’s any straightforward sense of “preference” that users can be inferred to be optimizing in the sense of revealed preference theory (Amartya Sen pointed this out 40 years ago in “Rational Fools”: “On the one hand, our love of variety makes it illegitimate to consider individual acts of choice as the proper units (rather than sequences of choices) while, on the other hand, lapse of time makes it difficult to distinguish between inconsistencies and changing preferences”). In the context of social media, where we know there are strong positive reinforcement effects, these instabilities are magnificently exacerbated. Given this, the standard position looks incredibly flimsy: you can’t use user tendencies to infer preferences, you can’t expect users to be good optimizers of their own preferences, and you can’t even make sense of the idea that the mechanism’s goal should be to optimize preference satisfaction!