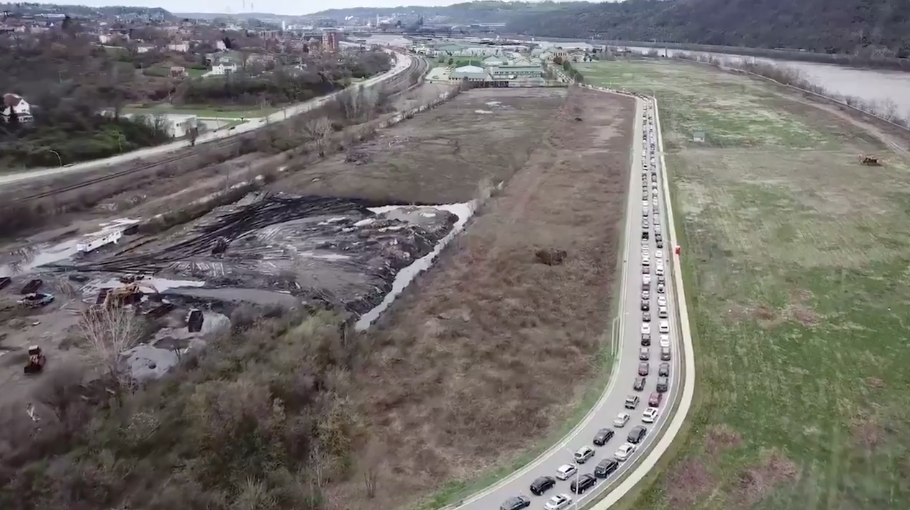 Today’s Bureau of Labor Statistics (BLS) report hardly registers the cataclysm in the US job market. The sharp 0.9 percent uptick in unemployment—itself newsworthy—only grasps the very beginnings of the shutdown of the American economy. Since the BLS surveys were conducted in the week of March 12, 10 million people have filed for jobless benefits. Only when the April numbers are released at the beginning of next month will we begin to get a fuller statistical picture of the magnitude of the Covid-19 crash. Based on jobless claims so far, the true unemployment rate is probably already over 10 percent. Given the decade-long, bull run of the stock market, one might imagine that the US economy was in good shape before that crash began, and that the labor market can therefore bounce back from the novel coronavirus’s punch once the public health crisis ends. However, the opposite is true: the fundamentals of the US economy were already incredibly weak. They have been for some time. After a decade of slow economic expansion, the US labor market was barely beginning to recover from the last crisis in 2008. If the past is any guide to the future, it will likely take even longer to recover from this one. We are only starting to get a sense of the true extent of this disaster from the perspective of American workers.

What we already know is that alongside a public health crisis, a broader economic crisis is unfolding, which affects the working population most of all. The labor force is rapidly dividing into three sections. If initial estimates are correct, around a third of Americans will be working from home. The Fed’s back-of-the-envelope tally sees a third continuing to go to work, despite dangerous conditions and lacking appropriate protections. That would mean that the remaining third are already laid off, or will be in the coming weeks.

In losing their jobs, American workers are not only losing their livelihoods. For most households, a job remains a lifeline to health insurance, which is especially critical in pandemic conditions. Many people, including the dependents of the newly unemployed, are now losing this lifeline. Last year, the Fed found that 40 percent of Americans would have trouble coming up with $400 in an emergency. Given how broken the US healthcare system is, unanticipated medical bills were already triggering many such emergencies before Covid-19. The present crisis acts as an accelerant on an already fragile situation.

Due to the speed at which the economy is currently collapsing, some analysts are predicting that the coming recession will rival the Great Depression. That would be a massive problem for even a healthy economy to face. However, it will be especially difficult for our economy to face, given how poorly it has performed in recent years. Despite being the longest upswing on record, the past business cycle was the weakest since the Great Depression. Real GDP grew at an average annual pace of just 1.7 percent between 2008 and 2019, as compared to 2.5 percent between 2001 and 2007, and 3.4 percent between 1991 and 2000. For comparison, the average economic growth rate over the quarter century from 1948 to 1973 was 4.0 percent per year.

Structural slowdowns in American economic growth track differently depending on one’s class position—that is, the extent to which a given household depends on wages rather than returns on capital for the majority of its income. After the 2007 crash, the Fed took extraordinary measures to rescue the value of financial assets, even simulating a major, post-crisis stock market boom. The same was not true of employment. The labor market fell victim to a long, “jobless recovery,” which was only the latest in a series of jobless recoveries since the mid-1970s. Upticks of unemployment used to look like narrow spikes; now they look more like thick wedges. Weak labor markets gave rise to a divergence between US labor productivity growth and workers’ pay, in turn causing a steep and historic decline in the American labor share of income and a rise in the capital share. The last business cycle merely extended these trends.

It took seven years, until 2014, for post-recession job levels to reach their pre-crisis peak. This jobless growth resulted not from accelerating automation, but rather from a long-term stagnation in economic growth rates, which has had lasting consequences for American workers. By 2019, the final year of the last business cycle, the unemployment rate had fallen to 3.5 percent, its lowest level since the mid-1960s. The economy should have been overheating, with high rates of inflation, yet nominal wage growth for many workers was only beginning to pick up speed. Economists at the Fed argue that, in today’s economy, the unemployment rate no longer adequately captures true labor-market slack. Prime-age employment-to-population ratios were just recovering to pre-recession levels, as people who had dropped out of the workforce ten years ago continued to trickle back to work. Meanwhile, many workers were looking for employment while working because the jobs they had secured post-recession were inadequate, paying low wages relative to their accumulated experience, skills, and education. Statistics only provide a shallow portrait of the extent of suffering American workers have experienced.

Underemployment was widespread even among workers with college educations, who are supposed to be insulated from poor labor market conditions. According to the EPI, the bottom 60 percent of college educated workers still had lower wages in 2018 than they had in 2000. Many remained stuck in jobs that did not previously require college degrees even though they had taken on large burdens of student debt, for which the government’s temporary freeze on interest payments has so far provided only limited relief. What was in many respects a nascent recovery for working people in 2018 and 2019 has now been cut off in its infancy.

Working-class households are likely to be even worse off this time around as compared to 2008, and not only because the unemployment rate is expected to climb much higher. Having lost their healthcare in the midst of a pandemic, many households will be faced with rising medical debts, even as they lose family members to Covid-19. If Trump’s proposed cuts to food stamps had not been blocked—they were originally set to take effect this week, on April 1st—the situation for many households would have been even more dire. The past few weeks have witnessed spectacular reversals on the part of some US firms, which would be comical if not indicative of extreme hardships now faced by American workers. Uber, which spent huge sums of money fighting the efforts of its drivers to be recognized as employees, will now be forced to help those same drivers apply for unemployment relief under the CARES act. Yet, like all other workers, these drivers will have a difficult time accessing unemployment benefits.

The US was unprepared for a labor market crisis of this magnitude. The OECD reported that, already at the peak of the last crisis, only 38 percent of unemployed workers received benefits in the US (as compared to 51 percent in the UK, 60 percent in France, and 99 percent in Germany). According to the NELP, in the years since 2008 many states dealt with budgetary constraints by making it more difficult for workers to apply for unemployment benefits, increasing eligibility requirements while decreasing payouts. As a symptom of this wider trend, states’ websites are crashing under the pressure of attempted applications.

Looking forward, what are likely to be the longer-term effects of rising unemployment today? Utilizing tools developed in the aftermath of the Lehman Brothers collapse in 2007, the Fed may very well prove capable of stabilizing the financial architecture of the US—and the world—although it is too soon to tell whether their efforts will be successful. Even so, the fallout for American workers is likely to be enormous. With no engine of growth besides the ‘wealth effect’ induced by rising asset values, the US economy is likely to grow even more slowly than it did during the last business cycle—especially if businesses and households are left paying down large accumulated debts and delayed payments. Under those conditions, the labor market will take even longer to recover this time than it did last time, and last time it took seven years to recover.

Workers will therefore find themselves subject to another long period of employment and income insecurity, likely resulting in further increases in economic inequality. Many people will fall through the cracks, crushed by payments on student loans, car loans, credit cards, medical debts, and rent and mortgage arrears in the context of a weak economy. A substantial portion of the $2 trillion stimulus package consists of handouts to US corporations with little oversight, which is unlikely to drive the American economy back to health. In recent years, corporations have chosen to hold their cash, distribute it as dividends, or buyback their own stocks to raise stockholders’ returns rather than investing in expansion. Changing this situation would require challenging the stranglehold that private investors exert over the economy—something that politicians and their wealthy backers will continue to resist with all their might.

Politics and the Price Level

In Spring 2018, two significant labor disputes broke out at opposite ends of the earth. The first, in Brazil, was a two-week-long mass strike of 400,000 truckers in response to…

In 2022, the audience for books about John Maynard Keynes is probably as large as it has ever been. With two global economic crises followed by widespread use of government…

Politics and the Price Level

In 1959, the leaders of the Organization for European Economic Cooperation (OEEC, now the OECD) appointed a Group of Independent Experts “to study the experience of rising prices” in the…