This essay first appeared in GREEN, a journal from Groupe d’études géopolitiques. When NATO held its two-day summit in Madrid in June 2022, the Spanish government deployed ten thousand police officers to cordon off entire parts of the city, including the Prado and the Reina Sofia museums, to the public. A day before the summit… 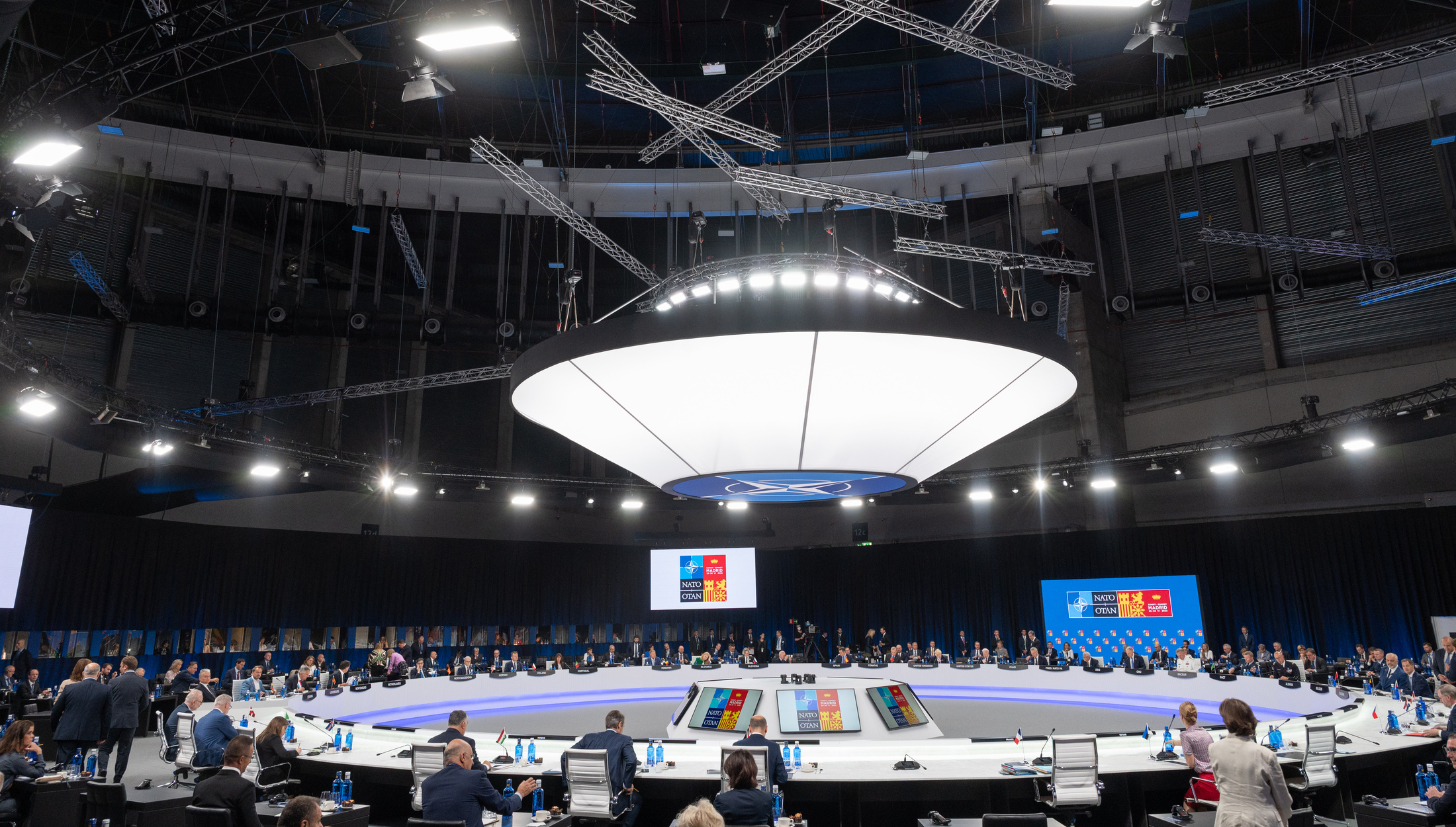 The reputational limits of central banks

After a decade of low or negative interest rates, central banks are back in the business of fighting inflation. One of the clearest signs of the change in monetary policy stance is the largely synchronized tightening across high-income countries—last year,…

In an effort to stymie “indigenous” chip development in China, the US Bureau of Industry and Security (BIS) introduced new controls on semiconductor technology exported to the People’s Republic of China (PRC) last October. Targeting high-performance and advanced memory chips,…

An interview with Richard Bensel

Few scholars have done more to elucidate the relationship between democracy and economic development in the United States and its corresponding regional—or “sectional”—antagonisms than Richard Franklin Bensel, the Gary S. Davis professor of government at Cornell University. Among Bensel’s published…

Small countries, big firms, and the end of the fifth Schumpetarian wave

In the early 2000s, Finland was the darling of industrial and employment policy analysts everywhere. This small country with a population of 5.5 million and a GDP roughly equal to the state of Oregon experienced what looked like a high…

Facts on the Ground

Uncertainty and information in the global energy system

Assessing the crisis The energy system that underpins contemporary life is marked with blindspots. Take the fossil fuel sector. Facing simultaneous existential and geopolitical vulnerability—due to Russia invading Ukraine, advances in renewable energy, and the climate imperative—there is profound uncertainty…

“The systemic, long-term nexus between the political elites and big business will not go away anytime soon,” wrote journalist M. K. Venu  in 2015. Writing in the aftermath of Obama’s second visit to India, Venu suggested that “crony capitalism” had…

The troubled future of World Bank-funded hydropower in Zambia

Most of Zambia’s grid electricity is generated by hydropower. Over the past decade, recurring droughts—in 2015, 2016, 2019, and now again in 2022—have exposed the deep vulnerabilities in the system. These droughts have unleashed unprecedented power outages, with low reservoir…

COP27 and financing the green transition

The conclusion of COP27 reflected persisting uncertainties around coordinated global action towards decarbonization. Major agreements—including the establishment of a loss and damage fund—were reached, but the burden of mounting debt among global South countries continued to limit climate ambition. The…

Chile, Brazil, and the future of the Latin American Left

The recent victories of left parties across Latin America—most recently the election of President Luiz Inácio Lula da Silva in Brazil—have prompted comparisons with the Pink Tide of the early 2000s. But with narrow margins of victory against far-right opponents,…

The derisking roll-out at COP27

Landscape with a Boat

How US dollar hegemony fuels the climate crisis

The climate crisis offers a new angle from which to evaluate US dollar hegemony, since carbon emissions are tied to economic activity.

There has been little research into the inflationary implications of either climate change itself, or of responses to climate change. The majority of work on central banking and climate change is concerned with topics like firm-level or macroprudential regulation, collateral requirements, and asset-purchasing…

An interview with Isabella Weber

In How China Escaped Shock Therapy (2021), Isabella Weber analyzes how China applied market reforms selectively, avoiding the broad agenda of liberalization advocated for in the West. Retaining oversight of prices for critical goods was key to this strategy.  Recently,…

Over the past year, Phenomenal World has inspired discussion across spheres of political economy, publishing on topics including the politics of debt and climate, the aftermath of the Russian invasion of Ukraine, inflation and its policy responses, and pivotal elections…

Europe’s “Leap Into the Future”

Do exceptional crisis-fighting policies signal the arrival of an interventionist Europe?

In 2020, as demand for liquefied natural gas boomed in Asia, the shippable fuel was an afterthought in Europe. But when Russia’s invasion of Ukraine in February 2022 imperiled the continent’s energy supply, Europe panicked and spent the intervening year…

This week’s Mercosur summit exposed rifts between the trade bloc’s four members—Argentina, Brazil, Uruguay, and Paraguay—with Uruguay stating the intention to form trade partnerships outside the bloc, and Argentina pushing for a renegotiation of the 2019 EU-Mercosur agreement.

After months of negotiations, US congressional lawmakers are desperately trying to avert a national strike on the country’s railways. With nearly half of the workforce rejecting the Biden administration’s earlier proposals, pressure on business and trade union representatives is rising.

Subscribe to Phenomenal World Sources, a weekly digest of compelling research across the social sciences. Read the archive here.

The Politics of the Price Level

Series are collections of works published by Phenomenal World on a single subject or area of research. Series are commissioned to analyze particular issues or historical moments, and are either ongoing projects or collected as one-time volumes.