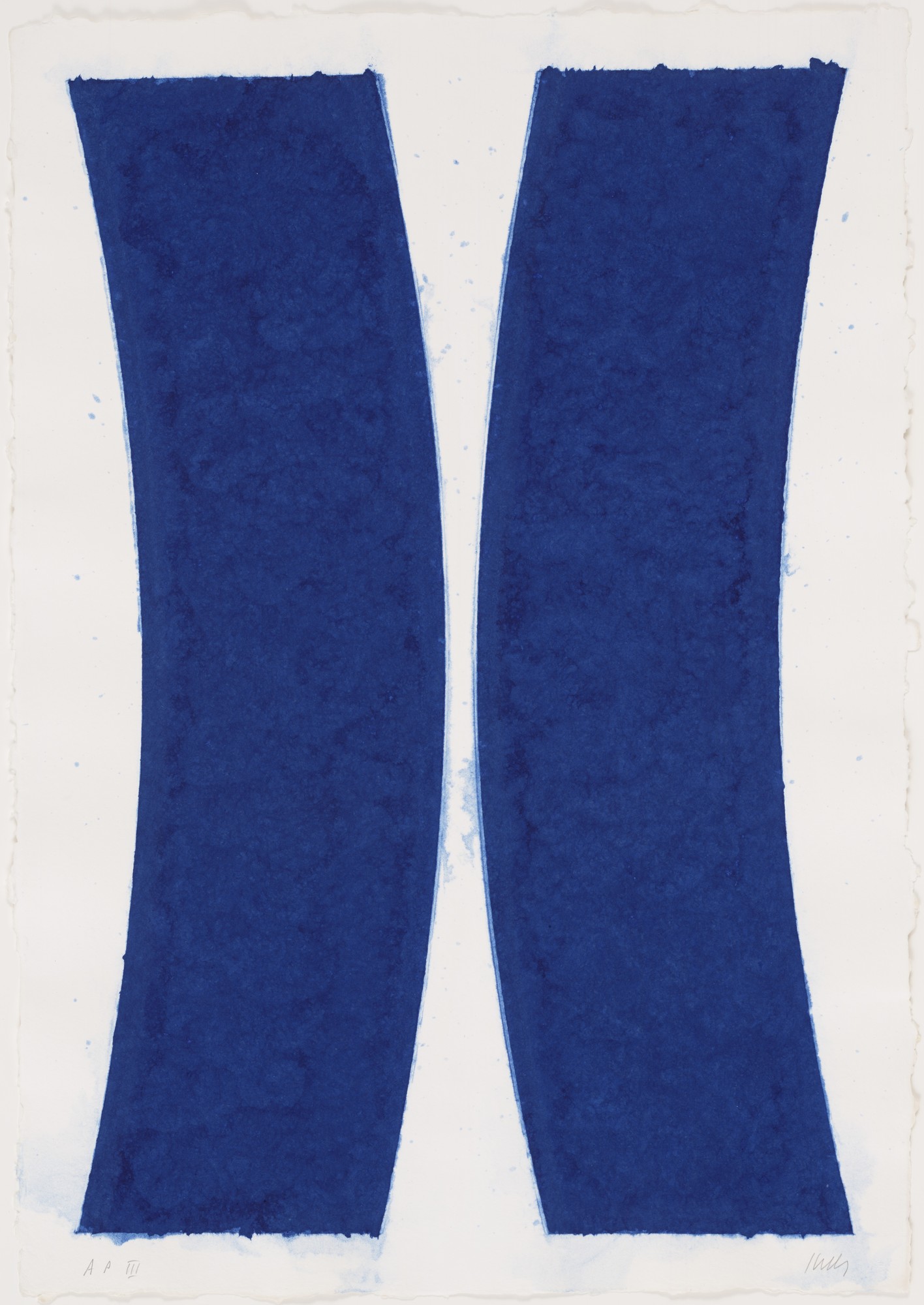 We live in the age of the central bank. The financial crisis of 2008 and the COVID-19 crash of 2020 have made visible the central role of the US Federal Reserve and its overseas counterparts in the international financial system. The tasks of central banks are dramatic—rescuing banks and preventing financial collapse—and have earned them applause for avoiding a second and third Great Depression, and have brought relief to the economy. But these actions bore a distributional impact. Most of the financial policies adopted in response to the crisis—quantitative easing, bond purchases, and low interest rates—have protected wealth without creating new opportunities for those who don’t possess it. As the “K-shaped” charts of the 2020 recovery made plain, a market rebound did not spell economic well-being for ordinary people.

The outsize role of central banks—especially the Fed—in the international financial system has led to some skepticism about central banks and their independence. Central bank independence (CBI) grants the Fed immunity from public accountability and political interference. The Fed’s position as an independent authority in an internationally integrated market has allowed it to play, outside national borders, lender of last resort: extending liquidity assistance to foreign central banks through currency swap lines without requiring Congressional approval.1 Since the 1970s, CBI has been justified using the language of credible commitment and the assumed apolitical nature of monetary policy. Protection from public pressure is thought to allow central bankers to act in accordance with the principles of economics to make policies which are “confidently expected to work.”2

From the point of view of the public, the claim of political-economic neutrality may be harder to believe. While CBI is meant to shield monetary policy from partisan politics, central banks are political institutions in a relatively straightforward sense; central banks protect the interests of creditors over those of debtors, for instance. In guaranteeing the actions of private banks, central banks have allowed and encouraged them to engage in risky and reckless practices. As the 2008 crisis showed, this has occurred at the expense of members of the general public, many of whom received no bailout after losing their homes and incomes.

Central bank independence today may be something of an anachronism. As policy, CBI was formally instituted in many Western economies in the 1990s and is often associated with the “Third Way” policies that dominated that decade. But CBI has a much longer history. Tensions between democratic governance and central banking date back to the early twentieth century, when two key factors shaped the development of central banks as we know them today. The first was the founding of the Federal Reserve System in 1913. The second was the partnership between the heads of the world’s dominant central banks: Montagu Norman, the governor of the Bank of England; and Benjamin Strong, the governor of the New York Fed. Together, they cemented the interests of central banks with those of private finance, and regularized independence and cooperation in a manner that evolved at odds with democratic governance.

The Federal Reserve System was born out of the realization that the state should not rely on private financiers, such as J.P. Morgan, to stem financial crises like the Panic of 1907. Like many of its European counterparts, the Fed was privately owned and accountable to its directors and shareholders—private bankers. This constellation of power gained significance in the aftermath of World War I, when central banks came to carry “virtually the whole responsibility of maintaining economic stability.”3

It’s within this context that Norman and Strong, both former private bankers now in charge of the world’s foremost central banks, laid the groundwork for the two principal practices that characterize modern-day central banking: independence and cooperation. Their vision was put down by Norman in a 1921 manifesto detailing central banking principles:

But these views emerged in a context very different from the prewar years. Around Europe, growing labor movements and the expansion of the vote sparked fears of political and economic instability. Operating in a decidedly more democratic postwar climate, central bankers grew wary of government interference in economic matters. In interviews with Bank of England historian Richard Sayers, several of Norman’s colleagues relayed Norman’s distrust in governments and his efforts to keep them from interfering at the Bank. One associate told Sayers that Norman often said, “the Treasury is your worst enemy. Inflation always comes from the [governments].”5 Distance from governmental interference gave central banks greater credibility among their foreign peers. Indeed, in 1921, the Reichsbank of Germany was discredited for yielding to political influence over economic and monetary matters, and for being too close to the government.

In the period of postwar economic rehabilitation, these sentiments were shared around the globe. In 1921, Strong wrote to Innouye Junnosuke at the Bank of Japan about governments’ roles in postwar economic rehabilitation: “I must say quite frankly that I dread the point of view of politicians in these matters, and if I must say so without discourtesy to people of such importance, I dread their blunders in economic matters.”6The publication of Norman’s manifesto coincided with several informal conversations between Strong and Innouye on the formation of “a better understanding between principal banks of issue.”[^Ibid] Strong had the same conversation with Charles Addis, the leading director of the Bank of England and the head of Hong Kong and Shanghai Bank. These principles became formally recognized at the 1922 Genoa Conference, where the Report of the Financial Commission recommended that “‘banks of issue should be free from political pressure’ and that the financial system would be managed with the ‘practice of continuous cooperation among central banks of issue.’”7 In line with these resolutions, in 1925, Norman wrote to Strong of his hope to “inaugurate [a] private and eclectic Central Banks’ ‘Club,’ small at first, large in the future.”8

The practice of ad hoc cooperation continued throughout the 1920s, and regularly did so under the radar, in secret and secluded meetings.9Such meetings were normalized in the Bank for International Settlements (BIS), created in 1930 to realize Norman’s wish “to make an umbrella, so that we can all get under it when it rains.”10 To draw the institution’s statutes, Norman recruited Walter Layton, then editor of The Economist, and pushed him to “work out some form of words that would place the bank beyond the reach of governments.”11 Layton opposed this policy “because it’s the right of every democratic government to reserve its freedom of action,” but eventually admitted defeat.12 The idea was materialized in the Bank’s constitution. Over the decades that followed, this umbrella bank evolved into a preferred locus for central bank cooperation and diplomacy, offered central banks respite from political interference, and helped them secure their independence from governments.

The Norman-Strong partnership made a practice of bailing out domestic banks and private banks abroad throughout the 1920s, thereby setting a precedent of protecting wealth. Their autonomy allowed them to engage in international cooperation. In addition to the more routine types of cooperation like information sharing and standard setting, the Bank of England and the Fed extended, throughout the decade, large and long-term credits to central banks abroad in the face of financial pressure and for the purpose of currency stabilization. Such cooperation broke down with Strong’s sudden death in 1928, when central bank assistance to other central banks to maintain their currencies shifted toward more isolationist and nationalist policies. With the Norman-Strong partnership gone, even the Bank of England and the Fed were less willing to go more than halfway to help one another. This turn toward isolationism occurred more or less on the eve of the 1929 stock market crash, further impeding cooperation when faced with the Great Depression, a calamity that has been deemed a failure of central banking.

Although central banks have been nationalized since the interwar years, they continue to follow the precedent set by their forebears. About a hundred years after Norman and Strong reshaped central banking, central bankers in 2008 navigated the crisis in their predecessors’ shoes, bearing in mind the consequences of inaction from the 1930s.

The privileges of central banks only grow in times of crisis. Just over a decade ago, central bankers issued swaps overseas, some argue, without clear legislative authority to do so. While these measures were not unlawful, they stretched the boundaries of central bank jurisdiction overseas, further distancing central banks from the citizens to whom they ought to be accountable. Importantly, their policies continue to protect the interests of the financial sector over those of the public. When the 2008 crisis hit, central bankers at the Fed, like their 1920s predecessors, took dramatic steps to bail out large financial institutions, consequently reinforcing and expanding existing wealth disparities and undermining a key justification for CBI: monetary policies do not have distributional effects.

In response to the pandemic, central banks have been forced to take even more dramatic steps to meet the needs of the broader public than they did in 2008, such as direct lending to state and municipal governments and supporting loans to small and midsize businesses and NGOs. Expanding mandates to include financial stability (as at the Bank of England), and increased communication with the public on significant policy decisions also suggest a shift toward greater transparency.13 But questions of legitimacy still loom large. Increased communication from central banks may make central bank practices less mysterious, more accessible, and more informative for the broader public. But these changes do not resolve the fundamental lack of accountability at the heart of central bank practices.

The world’s leading central bankers designed and instituted policies and practices of independence which facilitated international cooperation without governmental interference in the early 1900s. Over time, these practices have embedded central banks’ interests and goals with those of the wealthy. But had central bankers prioritized the economic needs of ordinary citizens a century ago, would the distributional consequences of monetary policy—the exacerbation of wealth inequality across society and across generations—have gone a different way?

When the next financial crisis comes around, we will need central banks to take extensive action. And in 2020, central banks certainly did pay closer attention to the needs of the wider citizenry. But as they seek to close the legitimacy gap today, they must confront the long history of their democratic deficit. In addition to protecting wealth, they will need to address the inequities generated by their policies and reorient their goals to serve the interest and needs of the broader public. This would mean dislodging themselves from century-old ideas, interests, and practices that today remain intertwined with the interests of private capital and wealth, unaccountable to the public, and incompatible with democratic politics. Effective policies—and the confidence that they will work—are undoubtedly desirable goals. The question that central banks need to ask is: for whom are these policies effective?

A Popular History of the Fed

A Popular History of the Fed

Since Lehman collapsed in 2008, central banks have broken free of historical norms, channelling trillions into the banking system to prop up global finance and the savings of depositors from…

Concerns over a generalized “inflation” loom in the recovery. Yet the prices that most heavily factor into the cost of living for US workers—housing, health, and education—have already been rising…