Iraq, Haiti, and the politics of illegitimate debt 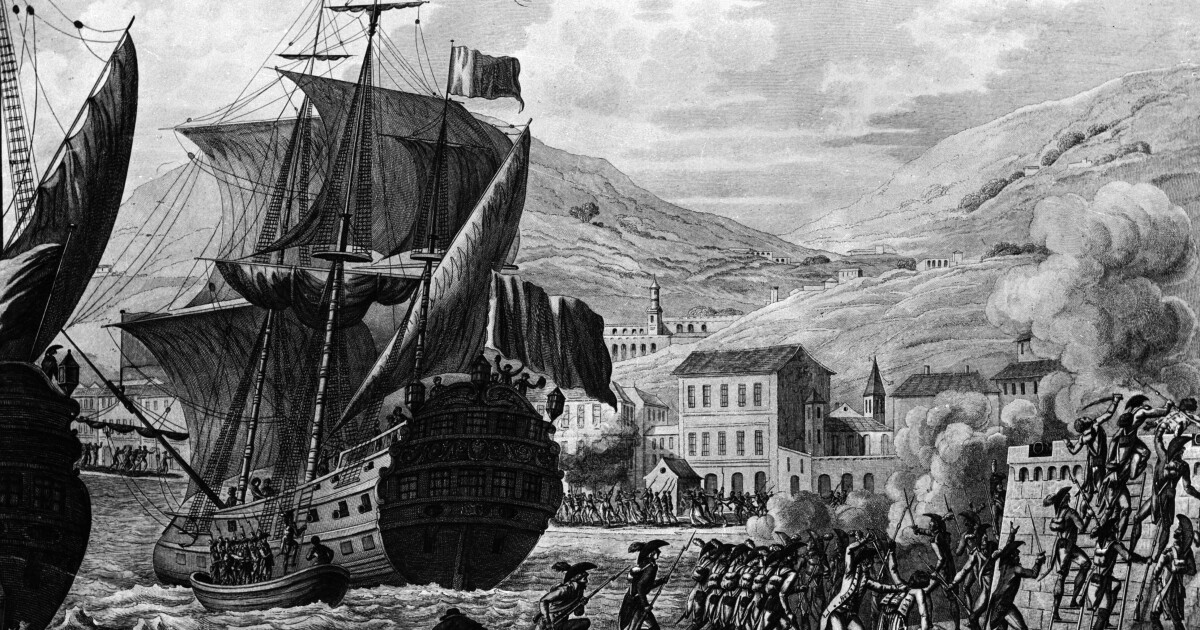 In the aftermath of its 2003 invasion of Iraq, the United States was eager to restructure the ailing country’s sovereign debt. International sanctions since the Gulf War meant that Iraq was economically isolated, yet the country had a large stock of unpaid debts issued to governments, financial institutions, and commercial trading partners that dated back to its weapons purchases during the 1980 Iran-Iraq war.

In the early 2000s, Iraq was the most indebted nation in the world, with a debt totaling 573 percent of GDP. This debt, and the war it financed, transformed it from a prosperous nation to a war torn, insolvent one in just a few years. Scandals surrounded Iraqi creditors, who were charged with everything from illicit money flows to covert weapons sales. In the long run, this debt was a significant obstacle to international trade. In the absence of restructuring, old creditors could attach commercial or sovereign assets to recoup their money, as they had in cases of earlier defaults.

The Iraqi debt stock is a glaring example of “odious” or illegitimate debt—a notion that dates back to the 1898 peace negotiations of the Spanish-American War. Back then, the Americans claimed that neither they nor the Cubans were responsible for Cuba’s outstanding sovereign debt. Rather, they argued, since the debt had been forced on Cuba by Spanish colonial rulers, it should be understood as illegitimate.

Since then, there have been attempts to define an explicit legal doctrine of legitimate debt, but the adoption of such a doctrine has remained rare in international negotiations. Today, the notion of odious debt is best thought of as a principle rather than a defined set of international laws. It holds that debt issued without public consent and serving no public purpose at the time of issuance ought not to be inherited by successive governments. This, however, runs against key tenets of international law, which maintain that debt issuance depends on the apolitical durability of obligations.

But even within the existing international framework, countries do not always pay back their debt. The number of sovereign-debt defaults and restructurings have been increasing alongside debt levels. Debt crises are still dealt with on an ad-hoc basis, and the international monetary system is unprepared for the cluster of economic and political crises that continue to unfold. In this context, the notion of odious debt gains renewed urgency—both in conceptualizing sovereign debt crises, and in combating their severe consequences. Iraq and Haiti present two key examples.

Iraqi sovereign debt was issued to fight a geopolitical war which bore little relevance for the vast majority of Iraqis. By the US invasion in 2003, there was a strong case not only to restructure the debt, but to simply write it off. This was the position of many grassroots groups who called for a debt jubilee. Surprisingly, it’s a proposal that even received support from the Department of Defense and the White House, institutions that rarely interfere in issues of sovereign-debt management. While the US government never put forward a coherent view, many US officials recognized that success in Iraq depended on its integration in international trade.

Though they don’t follow a template, sovereign-debt restructurings always include distinct players: the debtor country’s government, normally represented by the finance minister or central bank governor, aims to streamline the process and maximize relief. On the creditor side is a patchwork of committees: Western countries negotiate collectively in the Paris Club, while commercial creditors tend to form working groups based on industry, geography or type of claim. Bankers and lawyers represent each group, and the IMF provides credibility (debt sustainability analyses and balance of payment data) as well as bridge financing. In the Iraqi case, the US Treasury was heavily involved in discussions thanks to the US government’s political engagement.

Despite the moral and economic justification for debt cancellation, the IMF, finance ministries around the world, lawyers, and bankers all had an incentive to resist the invocation of odious debt for two reasons. First, it would upset the normal order of sovereign-debt restructurings, potentially rendering other debt claims subject to dispute. Second, in the case of Iraq, political backing from the US meant that a normal debt restructuring could be done swiftly and powerfully.

The global financial community argued that a standard restructuring would be easier than developing a new doctrine. Because there was powerful political backing from the coalition governments to write off Iraqi debt, they turned out to be right—the subsequent restructuring was successful, and Iraqi debt was reduced by almost 90 percent in net present value terms. Most governments signed off, and commercial creditors accepted the deal. The agreement offered a 20 percent return of nominal claims plus interest. Because the debt was so old at the time of restructuring, interest had accumulated and creditors received high returns. Loans which had been written off were held at the same rate on balance sheets as non-performing loans.

The standard restructuring allowed creditors to settle their debts and avoid the uncomfortable questions surrounding its issuance. Crucially, however, the Iraqi government was not at the table. The case demonstrates the complexities in officially recognizing a debt as illegitimate—even if odious debt is identified and agreed upon, the political will to write it off tends to be lacking.

Between 1825 and 1950, Haiti paid 150 million francs to France. In the wake of the slave revolt that led to Haiti’s declaration of independence in 1804, the fledgling former colony was forced to pay an enormous “indemnity” fee to its former oppressor. It was also obliged to give preferential treatment to French exports. To repay its creditors, Haiti had to borrow extensively from French banks, ensuring its indebtedness for generations. War reparations are normally imposed by the victor, but in the case of Haiti, a different logic prevailed. Rather than the Haitian people or government demanding reparations from their former French masters, it was France that sought compensation for the loss of its former colony and slaves. According to an estimate by Kim Oosterlinck, Ugo Panizza, Mark Weidemaier, and Mitu Gulati, the indemnity payments were equivalent to 270 percent of Hatian GDP.

Though Haiti had won its independence, it was quickly crushed by foreign debt. The exorbitant sums crippled the Haitian economy, hampering domestic and foreign investment, while cementing the status of a small elite. Oosterlinck and coauthors calculate that had the indemnity been invested with a real return of 1 percent since 1825, it would be equivalent to 22 percent of Haitian GDP today.

Today, Haiti is one of the poorest nations in the world, and calls for reparations are growing. Before the 2004 overthrow of President Aristide, Haiti prepared a lawsuit against France for restitution of the debt. The claim was and is substantial; the indemnity and associated loans were not made for the benefit of the Haitian people, but for that of Parisian bankers, French exporters, and (later) New York banks. Haitian elites gained recognition of their property rights, but the vast majority of Haitians suffered.

The cases of Iraq and Haiti illuminate the persisting importance of odious debt, from colonization to modern day warfare. In Iraq, creditors lent money for weapons purchases, financing a war fought on someone else’s behalf. In Haiti, French gunboats were situated outside the capital until the indemnity agreement was signed, ensuring deep indebtedness for generations. In both cases, coercion and force were central to the imposition of odious debt burdens. As with other cases, a small cadre of elites benefitted from the loans, but they never reached the broader public.

The issue of odious debt puts forward a fundamental question: how do we design a system in which corrupt loans can be written off, without destroying the foundations for sovereign-debt lending altogether? It’s been almost twenty years since the Iraqi sovereign-debt restructuring, but no progress on detailing a usable doctrine has been proposed. Similarly, over 200 years after the imposition of its independence debt, Haiti has halted efforts to bring a claim against France. If these two egregious cases of odious debt cannot be used as the basis for reform, there seems to be little hope of tackling the problem of illegitimate debt.

Central to devising an odious debt doctrine is ensuring the ability to distinguish between illegitimate and legitimate debts. Not all loans should be at risk of being called illegitimate—debtors’ ability to tear up loan agreements without proper justification would pose a problem for the sovereign debt market overall. Bond contracts are written with cross-default provisions on a country’s “external indebtedness,” often governed by English or New York law. If a country chooses to default on one creditor, then it almost always results in an automatic default on all other creditors as well. This means that if a country borrowed money from a bank to build torture facilities for dissidents of its previous regime, but also borrowed money from a pension fund to build windmills, it is then difficult to pay back the pension fund but not the bank. Reform is clearly needed in this regard. Recognizing odious debts would mean that a court could designate the loan to build torture facilities as illegitimate, thereby allowing the country to renege on a specific loan and remain in good legal standing without any second-order contractual problems.

But even this reform faces major political obstacles. Powerful agents in the global economy have no interest in developing a working doctrine of odious debt; many investors and banks have given loans to corrupt regimes and despots, and creditors like to be repaid. A norm that relies on the Paulie Rule of repayment is obviously a norm that creditors want to maintain. So far, very few sovereign-debt restructurings have involved any discussion of the moral dimension of paying creditors. But as the global debt crisis worsens in the coming years, such considerations are likely to become indispensable.

In early 2020, the “dash for cash” in the US Treasury market prompted the Fed to relaunch its dollar swap lines, which it eventually did in mid-March of that year.…