Both Sides of the Moon 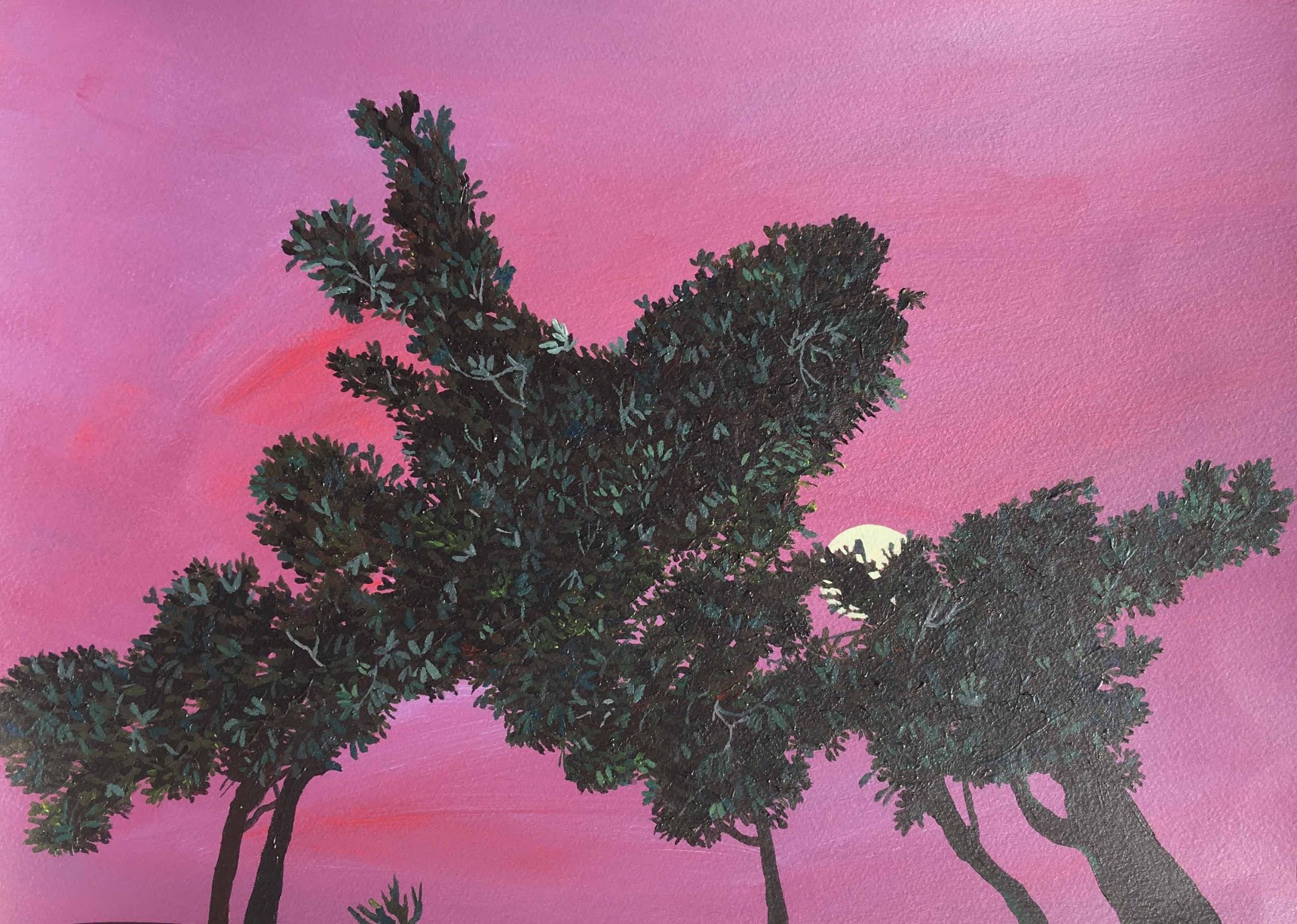 Farida El Gazzar, There is light on both sides of the moon, 2021.

In a 2010 paper, ERWANN O. MICHEL-KERJAN examines the history of the National Flood Insurance Program, looking at forty years of its operation between 1968 and 2008.

“In 1965, no flood insurance was available, so victims had to rely on friends and family, charities, or federal relief. After that catastrophe, and given the lack of interest by private insurance markets in offering flood coverage, the U.S. government established a new program in 1968—the National Flood Insurance Program (NFIP)—to make flood insurance widely available. Now, after more than 40 years of operation, the NFIP today is one of the longest standing government-run disaster programs in the world.

In this paper, I present an overview of the 40 years of operation of the National Flood Insurance Program, starting with how and why it was created and how it has evolved to now cover $1.23 trillion in assets. I analyze the financial balance of the NFIP between 1969 and 2008. Excluding the 2005 hurricane season as an outlier, policyholders have paid nearly $11 billion more in premiums than they have received in premiums than they have received in claim reimbursements over that period. However, the program has spent an average of 40 percent of all collected premiums on administrative expenses, more than three- quarters of which were paid to private insurance intermediaries who sell and manage flood insurance policies on behalf of the federal government but do not bear any risk.”

+  “Being hit by at least one hurricane in the previous year increases net flood insurance purchases by 7.2%. This effect dies out by three years after the storm.” From a 2016 article on insurance takeup by Carolyn Kousky. Link.

+  “Renters are an overlooked population during implementation of post-disaster retreat programs that predominantly focus on homeownership.” Leah Dundon and Janey Camp on disaster relief for renters. Link. And Eloisa Rodriguez-Dod and Olympia Duhart look at renters’ rights after Katrina. Link.

Rule Evasion and the Financial Crisis of 1974

In a recent paper, fellow at the Warren Center at Harvard University PIERRE-CHRISTIAN FINK examines the Fed’s actions on rule evasion in 1974.

“Recent research holds that periods of market instability offer opportunities to bring rule evasion under control because crises expose hidden market practices. Based on original archival evidence from the financial crisis of 1974, this article shows that rule evasion is disclosed not automatically, but strategically and selectively. To explain the ensuing dynamics, the article develops a Goffmanian framework in which regulators learn of a crisis of rule evasion backstage (in their interactions with companies) but use a conventional definition of the situation frontstage (in their presentations to the public). In an as yet unrecognized outcome, the regulators may find themselves caught between frontstage and backstage: their communications to the public limit their room for maneuver against the companies backstage, forcing them to repurpose their extant crisis-management tools. Because regulators publicly pretend to stay within their mandate, this form of crisis response renders re-regulation of rule evasion less likely.”

+   Join us this Monday, November 21 at 11am ET for a discussion on the political origins of the IMF and global economic governance, with Jamie Martin, Adom Getachew, Aaron Benanav, and Tim Barker. Link to register.

+   “It’s domestic economic and political interests that determine when and how countries cut emissions—not free riders and prisoners’ dilemmas.” From the latest Polycrisis newsletter, also on COP27. Link.

+   “Almost as soon as the Bretton Woods institutions were created, the eurodollar would emerge to undermine them.” Also new on PW, Harry Whomersley reviews Jeremy Green’s The Political Economy of the Special Relationship. Link.

+   “We argue that the fragmentation of the production-centred paradigm has weakened both academic research and policy-making related to economic development.” By Ha‑Joon Chang and Antonio Andreoni. Link.

+   Knut Are Aastveit and André K. Anundsen look at the effects of monetary policy on regional housing markets in the US. Link.

+   “This brief calls for changing the Federal Reserve’s policy framework to target an inflation range of 2 to 3.5 percent, using the core personal consumption expenditures (PCE) deflator.” By Justin Bloesch. Link.

+   “The FIFA World Cup has served as a top-down instrument to construct and fortify a distinctly Qatari nationalism.” Jaafar Alloul and Laavanya Kathiravelu on the World Cup and Qatar’s electoral reforms. Link.

+   “While medieval urban centers had a much more rural character than they do today because of urban agricultural practices, the evidence does not bear out the idea that pigs continually ran amuck. The town council and court records show that swine were not free roamers in an ‘organic’ town of the Middle Ages. Because swine were a daily part of urban life, and an integral part of local agricultural production, they required cradle-to-grave controls. Pigs, in particular because of their destructive behaviors, were closely herded and were not permitted to wander in town. Town governments strictly restrained swine movement, limiting them to pigsties or walking in the custody of a pig herder, and even went so far as to forbid the raising of pigs within the town on several occasions. When pigs were let loose, injured parties were not afraid to appeal to the court or complain to the city governments, indicating the unacceptability of free-roaming swine.” By Dolly Jørgensen. Link.