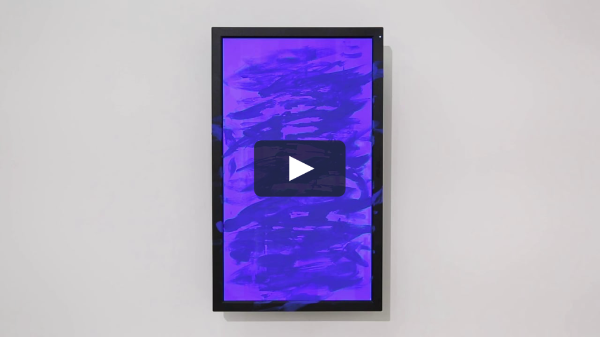 The gray box of XAI

A recent longform piece in the New York Times identifies the problem of explaining artificial intelligence. The stakes are high because of the European Union’s controversial and unclear “right-to-explanation” law, which will become active in May 2018.

“Instead of certainty and cause, A.I. works off probability and correlation. And yet A.I. must nonetheless conform to the society we’ve built — one in which decisions require explanations, whether in a court of law, in the way a business is run or in the advice our doctors give us. The disconnect between how we make decisions and how machines make them, and the fact that machines are making more and more decisions for us, has birthed a new push for transparency and a field of research called explainable A.I., or X.A.I. Its goal is to make machines able to account for the things they learn, in ways that we can understand. But that goal, of course, raises the fundamental question of whether the world a machine sees can be made to match our own.”

An interdisciplinary group addresses the problem:

“Contrary to popular wisdom of AI systems as indecipherable black boxes, we find that this level of explanation should often be technically feasible but may sometimes be practically onerous—there are certain aspects of explanation that may be simple for humans to provide but challenging for AI systems, and vice versa. As an interdisciplinary team of legal scholars, computer scientists, and cognitive scientists, we recommend that for the present, AI systems can and should be held to a similar standard of explanation as humans currently are; in the future we may wish to hold an AI to a different standard.”

Full article by FINALE DOSHI-VELEZ et al. here. ht Margarita For the layperson, the most interesting part of the article may be its general overview of societal norms around explanation and explanation in the law.

From Michael S. Moore’s book Law and Society: Rethinking the Relationship: “A full explanation in terms of reasons for action requires two premises: the major premise, specifying the agent’s desires (goals, objectives, moral beliefs, purposes, aims, wants, etc.), and the minor premise, specifying the agent’s factual beliefs about the situation he is in and his ability to achieve, through some particular action, the object of his desires.” Link. ht Margarita

A few weeks ago, we linked to the winners of the Indigo Prize, which “challenged entrants to consider how to measure economic activity in a 21st Century economy.” The Indigo Prize is only part of a burgeoning movement to reconceive core economic metrics.

“Using GDP as a measure of welfare has well-known problems, which are among the first things macroeconomics principles courses cover. But the point of the discussions at Davos is that in the digital age, those problems are even deeper. […]

“Catherine Rampell provides a nice summary of the alternative measures that have been proposed, including China’s ‘green GDP,’ which attempts to adjust for environmental factors; the OECD’s ‘GDP alternatives,’ which adjust for leisure; the ‘Index of Sustainable Economic Welfare,’ which accounts for both pollution costs and the distribution of income; and the ‘Genuine Progress Indicator,’ which ‘adjusts for factors such as income distribution, adds factors such as the value of household and volunteer work, and subtracts factors such as the costs of crime and pollution.'”

“Finally, there are more direct measures of well-being such as the Happy Planet Index, Gross National Happiness and National Well-Being Accounts.”

ERIK BRYNJOLFSSON, one of the leaders of the discussion at Davos, has a recent NBER paper (with coauthors) further connecting metrics to the discussion about AI and the future of work.

“We thus appear to be facing a redux of the Solow (1987) Paradox: we see transformative new technologies everywhere but in the productivity statistics.

“In this paper, we review the evidence and explanation for the modern productivity paradox and propose a solution. Namely, there is no inherent inconsistency between forward-looking technological optimism and backward-looking disappointment. Both can simultaneously exist. Indeed, there are good conceptual reasons to expect them to simultaneously exist when the economy undergoes the kind of restructuring associated with transformative technologies. In essence, the forecasters of future company wealth and the measurers of historical economic performance show the greatest disagreement during times of technological change. In this paper we argue and present some evidence that the economy is in such a period now.”

“As this essay has emphasized, a key factor underlying the current economic difficulties of rich countries is growing inequality. We need to focus not on what is happening on average— as GDP leads us to do— but on how the economy is performing for the typical citizen, reflected for instance in median disposable income. People care about health, fairness and security, and yet GDP statistics do not reflect their decline. Once these and other aspects of societal well-being are taken into account, recent performance in rich countries looks much worse.”

Thanks to Leeza for her help in this section.