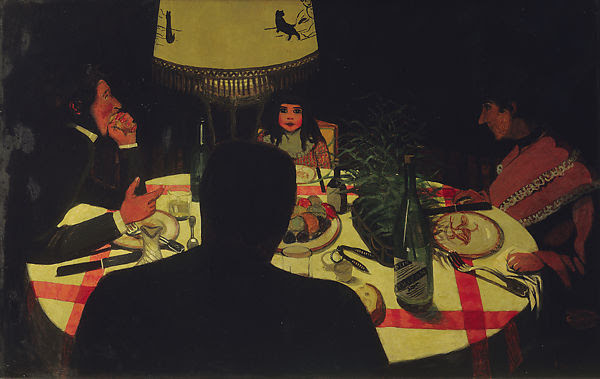 Standard postwar theories of class composition in the global north emphasized occupational differences between employers, blue collar, and white collar workers. But deindustrialization, and the army of underpaid service workers it generated, has increasingly muddied these categories.

In a 2018 article, MORITZ KUHN, MORITZ SCHULARICK, and ULRIKE STEINS redraw these distinctions for the era of asset ownership. Using household-level archival data from the Survey of Consumer Finances, they argue that portfolio composition and asset prices, rather than income or occupation, are the defining features of class in the contemporary economic landscape.

“A channel that has attracted little scrutiny so far has played a central role in the evolution of wealth inequality in postwar America: asset price changes induce shifts in the wealth distribution because the composition and leverage of household portfolios differ systematically along the wealth distribution. While the portfolios of rich households are dominated by corporate and noncorporate equity, the portfolio of a typical middle-class household is highly concentrated in residential real estate and, at the same time, highly leveraged. These portfolio differences are persistent over time.

An important upshot is that the top and the middle of the distribution are affected differentially by changes in equity and house prices. Housing booms lead to substantial wealth gains for leveraged middle-class households and tend to decrease wealth inequality, all else equal. Stock market booms primarily boost the wealth of households at the top of the wealth distribution as their portfolios are dominated by listed and unlisted business equity. Portfolio heterogeneity thus gives rise to a race between the housing market and the stock market in shaping the wealth distribution. A second consequence of pronounced portfolio heterogeneity is that asset price movements can introduce a wedge within the evolution of the income and wealth distribution. For instance, rising asset prices can mitigate the effects that low income growth and declining savings rates have on wealth accumulation.”

The domestic drivers of international orders

“Most theoretical and empirical accounts of trade politics focus on political conflict among competing private interest groups and over policies between the dichotomy of trade liberalization and protectionism. This article argues instead that issues of antitrust, market power, and competition are central to the politics over free trade, and that in this domain state actors are comparatively more important. Original archival evidence from the American New Deal and post-war foreign economic policy shows that post-war free-trade policies were heavily influenced by views, formed in the 1930s, about domestic industrial organization and antitrust. These preferences were then pushed into international economic policy during and after World War II through trade negotiations, extraterritorial application of American law, and pressure for domestic competition laws abroad. In one of the most prominent episodes of trade liberalization, an antitrust campaign and debate permeated trade issues, based in independent state learning and economic preferences.”