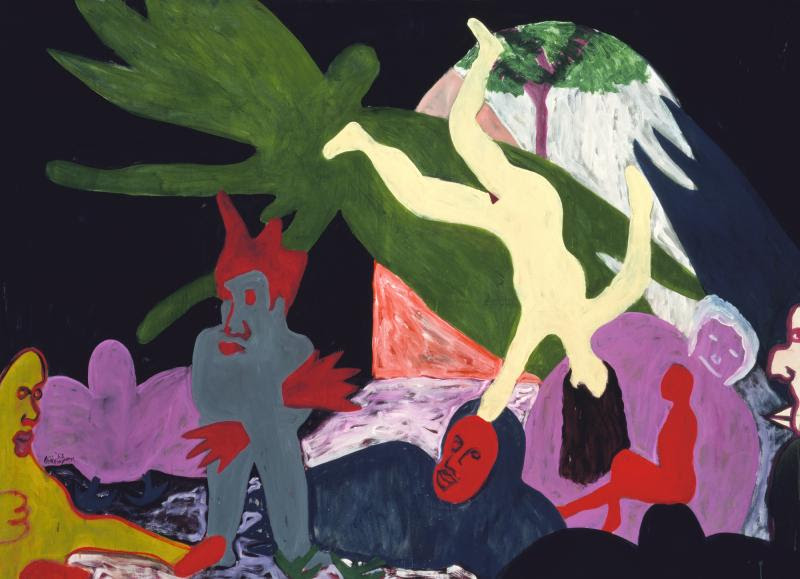 A recent book by KEITH PLUYMERS historicizes these conflicts. Looking at 17th century debates over domestic wood scarcity, it considers the role of deforestation in shaping the ambitions and structure of the English empire.

“In 1611, the agricultural writer Arthur Standish worried that England faced a wood supply crisis. ‘Want of wood’ led undermined tillage and led desperate people to burn straw for fuel instead of feeding their cattle. Moreover, he cautioned, scarcity sparked ‘discontents and mutinies among the common sort.’ Standish saw wood shortages as a threat to England’s material, social, economic, and political order. As he succinctly put it, ‘No wood, no Kingdom.’ By contrast, in 1615, Sir Dudley Digges wrote a pamphlet in defense of the East India Company and foreign trade. He denounced anxieties about wood scarcity as hollow rhetoric deployed by aesthetes, the parasitic poor and the feckless landlords who profited from them, and desperate colonial promoters seeking to justify their poor investment.

Wood scarcity became a critical issue for early modern people because the early modern world was a wooden one. Wood was crucial to the survival of the poor and the security of the state. It built and fueled commercial enterprises, ranging from cottage industries to manufacturing projects aimed at international markets. Rethinking the meaning of English wood scarcity forces us to reasses why English people sailed across the sea to colonize, what they found when they arrived, and how those colonies fit into different early modern English politcal ecologies. Though North American colonies were essential for Europe to be able to evade hard natural limits, the colonies did not begin to supply significant quantities of timber to Britain until the nineteenth century. This does not mean that wood scarcity played no role in English expansion. Instead, it requires that we look at early modern politics and perceptions to see how competing claims about depleted domestic forests and abundant colonial woods sought to forge or sever connections among places, people, and trees.”

+  Paul Warde presents a cross-national synthesis of wood shortage fears across Europe from 1450-1850. He concludes: “A general shortage of wood was not plausible before the later eighteenth century. Earlier fears were generated above all by competition among different users of the woodland.” Link.

+  From 2008, K. Sivaramakrishnan reviews six key texts on forestry in colonial India. Link. And from 2010, Gregory A. Barton and Brett M. Bennett analyze “Anglo-Siamese Relations and the Origins of Britain’s Informal Empire in the Teak Forests of Northern Siam, 1883–1925.” Link.

+  “A meta-analysis of 268 case studies of tropical forest cover change indicates that deforestation shifted from a state initiated to an enterprise driven process between 1970 and 2000.” Thomas K. Rudel on the changing composition of forestry investment. Link.

+   A 2017 paper by Alessandro Baccini et. al finds that “tropical forests are a net carbon source,” with “with losses owing to deforestation and reductions in carbon density within standing forests being double that of gains resulting from forest growth.” Link.

Nativism in the Labor Market

PhD candidate in sociology at Brown University NICOLE KREISBERG focuses on immigration, population studies, and the labor market. Her dissertation examines the effects of nativity and legal status on Latino men’s employment.

“This article examines whether and why employers screen higher-educated Latino men based on nativity and legal status. The field experiment, a correspondence audit study of 1,364 real jobs in eight cities, shows that employers are twice as likely to call back native-born as foreign-born Latinos. Paradoxically, however, employers do not differentially screen foreign-born Latinos based on legal status: employers called back documented green card holders with full work rights at almost the same rates as undocumented Latinos without the right to work. A national survey experiment of 468 HR representatives, and interviews with 23 HR representatives and immigration lawyers, reveal that individual and organizational mechanisms explain why employers are reluctant to hire Latino immigrants, regardless of their legal standing. Individually, employers hold nativist views about Latino immigrants’ English language ability, which they perceive could threaten workplace culture. And organizationally, employers associate Latino immigrants with immigration enforcement and deportation, which they perceive could threaten workplace stability.”

+    “Examining the history of the U.S. military’s influence over scientific research during the Cold War, we see parallels to the tech industry’s current influence over AI.” Meredith Whittaker on academic AI research. Link.

+   A post by Skanda Amarnath on the Employ America blog on labor force participation recovery. Link.

+   André Kaysel and Daniela Mussi on Francisco Weffort and debates around dependency theory in Brazil. Link.

+   “We suggest that the housing market may have been as important as the labor market in defining who switched to populist voting and where they were located.” A new paper by Ben Ansell, Frederik Hjorth, Jacob Nyrup, and Martin Vinaes Larsen. Link.

+   Brett Christophers on changes in carbon capital, the decline of publicly-listed fossil fuel corporations, and implications for decarbonization. Link. h/tPaul.

+   “The Peasants’ Revolt, which erupted in England in the summer of 1381, was by far the largest and most widespread popular uprising in the nation’s history. Questions about the relative importance of the various discontents that provoked
rebellion, and the historical legacy of this momentous event, remain unanswered. Systematic analysis of the victims’ backgrounds and a detailed investigation of the rebels’ actions, demonstrates that the rebels were highly selective in choosing targets. My data indicate that the targets of the Cambridgeshire rebels were overwhelmingly the state and its functionaries — both local and national — and that attacks on landlords, simply because they were landlords, were rare.” By Mingjie Xu. Link. And read a PW Sources from earlier this year marking the 640th anniversary of the revolt. Link.