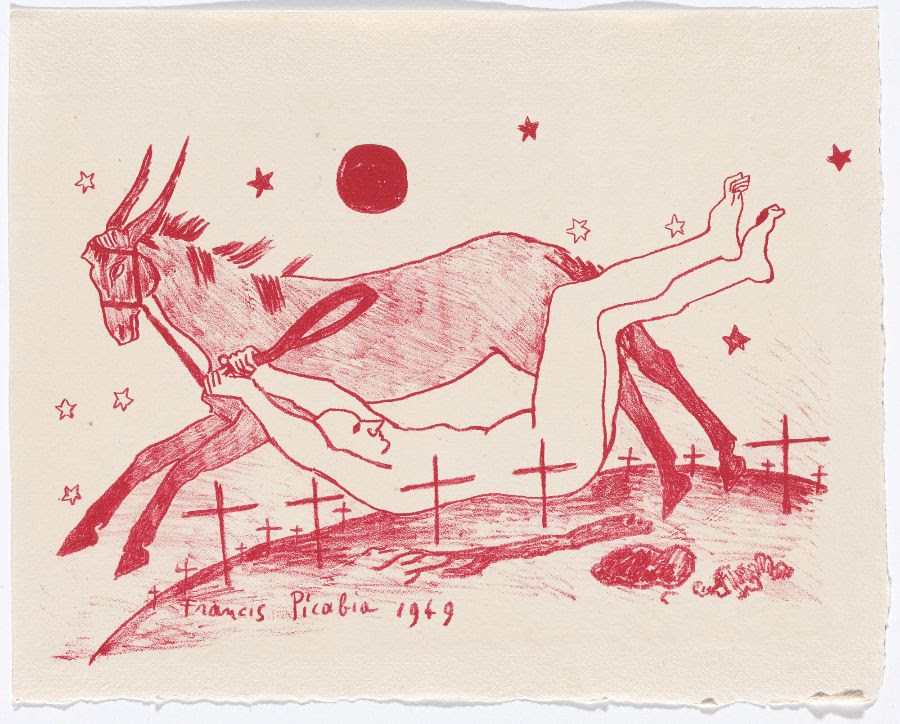 Francis Picabia, Duplicate of plate 2 from Janela do caos (Window of Chaos), 1949

Since the 2000 World Water Forum in The Hague, governance over water resources has gained salience in international development discourse. The allocation of rights (to technology and decisionmaking) and resources (both financial and natural) has shaped local economies in the face of compounding climate emergencies.

A 2014 piece by KAREN BAKKER reviews the literature on water marketization, complicating existing accounts which focus exclusively on models of ownership.

From the article’s conclusion:

“Market environmentalism is not synonymous with (or limited to) privatization. It includes commercialization, environmental valuation and pricing, the marketization of trading and exchange mechanisms, and the liberalization of governance. The trend is relatively recent and is by no means hegemonic. In many countries, it has only partially displaced a state hydraulic paradigm of water management—indeed, many aspects of the social and hydrological cycle are still owned, managed, and regulated by governments.

Market environmentalism is difficult to implement in practice, with tensions arising from attempts to privatize, commercialize, value, market, and liberalize water governance—for example, between the desire for less government control and drivers for greater governmental control, spurred by fears over water security. Some of these tensions arise from contradictions that are difficult to resolve in practice, notably the contradiction between monetary and nonmonetary values of water and the tension between framing water as an economic good versus incorporating its noneconomic uses. These tensions, which have acted as a brake on market environmentalism, are inherent to water management and are unlikely to be effectively resolved. The question is how, through institutional innovation, governance reforms, and political mediation, they will be handled.”

María del Pilar López-Uribe is Assistant Professor in Economics at the Universidad de los Andes in Bogotá, Colombia. A 2018 chapter co-authored with Fabio Sanchez Torres explores the links between land dispossession in the early 20th century and the rise of guerrilla movements in Colombia.

“This work argues that the differences in the intensity of armed conflict at municipal level during its early stage (1974-1985) were due to old peasant’s land dispossessions by large landowners that led to the rise and persistence of grievances. This study exploits variation in floods to identify how peasants’ land dispossessions during the export boom (1914-1946) determine the rise of rural guerrilla movements and the consolidation of their rebel activities. The study documents that municipalities experiencing floods were substantially more likely to have land dispossession than municipalities where floods was not severe. Floods reduced temporarily the conditions of the land and its value, facilitating the dispossession of the peasants of their lands by large landowners. We then show, first, that there is a strong link between FARC rebel activity (1974-1985) and land dispossessions during the export coffee expansion (1916-1946). And second, that the link is mediated by the exposure to the previous civil war “La Violencia”, facilitating that small peasant groups had access to weapons and military experience, and by an ideological cohesion lead by the communist party.”

Link to the text, link to Pilar López-Uribe’s website.

Each week we highlight research from a graduate student, postdoc, or early-career professor. Send us recommendations: editorial@jainfamilyinstitute.org .