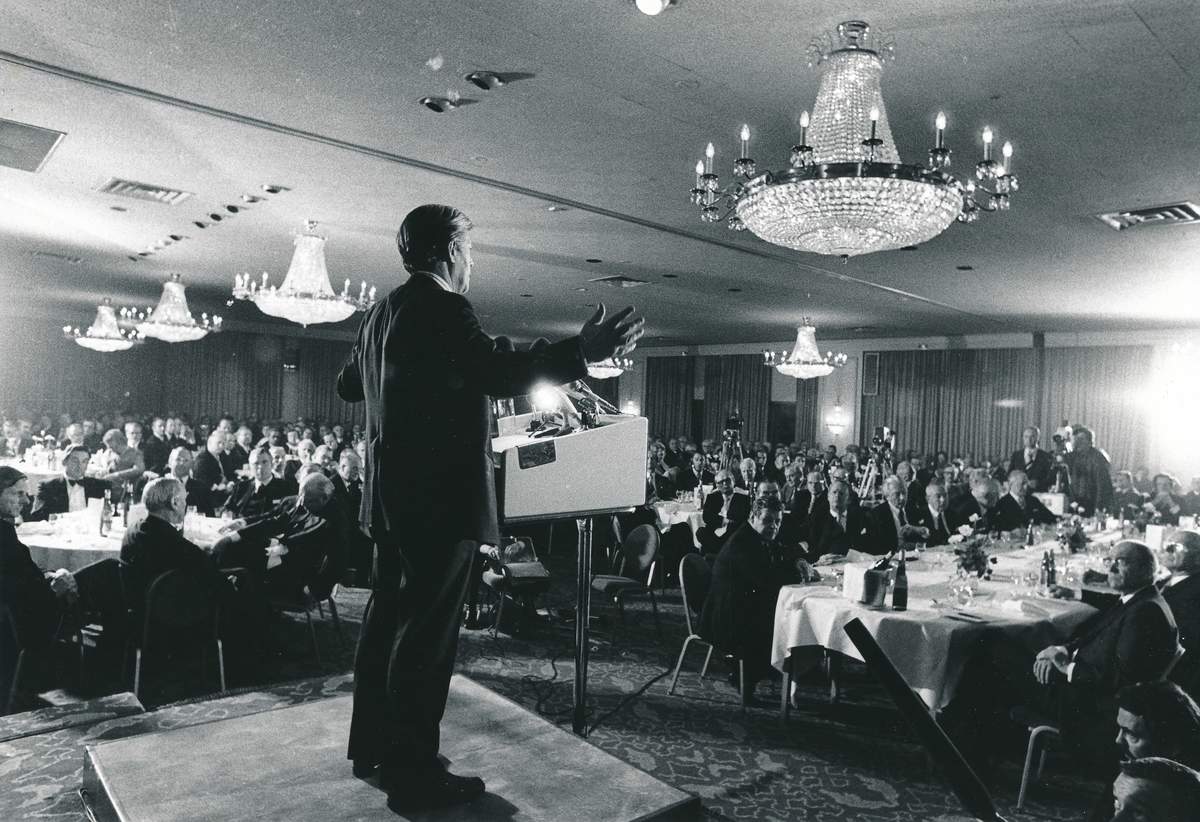 When the new German government is formed next month, at a critical moment for the European and global economy, it will be called upon to draw up a new economic and political strategy not only for Germany but also for the EU/Eurozone. The outcome will be the result of formal negotiations between the Social Democratic Party (SPD), the Green Party, and the liberal Free Democratic Party (FDP). But there’s one more partner who, though less widely discussed, will be crucial to the negotiations: the Federation of German Industries (BDI).

The BDI—“the voice of German industry”—is the most powerful and influential employers’ association in Europe, and represents the globally competitive automotive, chemical, and electronics industries. Given the importance of industry and exports for the German economy, its positions will be particularly important in shaping the new government’s agenda. Throughout the election period, the BDI has been meticulous in examining the programs of the four parties and comparing them with its own positions.

Beyond its role in Germany’s domestic economy, the Federation is deeply invested in the industrial policy of the EU as it comprises the most transnationalized sectors of the German economy. It holds that “only Europe is able to compete on an equal footing with the other world powers… as each of the European states—including Germany—is too small to do so.” The BDI’s positions on key policy questions—the Stability and Growth Pact (SGP), industrial policy, and questions of defense and security— are therefore relevant not only for understanding how powerful manufacturing firms have adapted to a financialized global economy, but the positioning of major European economic actors in an increasingly multipolar world.

The BDI directly criticizes the position of the Christian Democrats (CDU/CSU), who have called for a quick post-pandemic return to the SGP, a set of rules designed to ensure that countries in the European Union pursue sound public finances and correct excessive budget deficits or excessive public debt burdens. During the Eurozone crisis, the rules of SGP became even stricter, raising criticisms around distribution and accountability. A BDI publication from July 2021 states that “a return to the status quo ante is not recommended. The rules need to be more flexible and less pro-cyclical.” The Federation further criticizes FDP calls for a rapid reduction of public debt to below 60 percent of GDP after the pandemic to comply with the SGP threshold. Reducing the public debt, BDI members believe, would lead to “either an increase in taxation or a reduction in government spending” which would have a negative effect “on demand and the recovery of the economy.” On these issues, the BDI seems to be closer to the agenda of the Greens, which promotes a revision of the SGP, and, in part, the more moderate agenda of the SPD.

The BDI also argues that investment in Research and Innovation should be increased to 3.5 percent of GDP. In a joint statement with the powerful metalworking trade union (IG Metall) on 15 October 2021, they called for a massive ten-year plan for public investment and modernization of German infrastructure to enable an environmental and digital transition. While it has positioned itself squarely against a European Sustainable Investment Fund, the BDI is in favor of public funding for “key technologies that will strengthen Germany’s digital and technological sovereignty and its exports.” Evidently, German industrialists worry about the country’s lack of digital infrastructure, which puts it at a disadvantage in global competition for the development of new technologies and reduces the incentives for private investment in these areas. As Bruegel reports, significant declines in real investment have been associated with the spread of “shareholder value” and financialization of the largest, transnationally-oriented non-financial German firms.

In recent decades, a gradual dissolution of the “Deutschland AG” model (the dense network of German firms, banks and directors) is underway, characterized by the increasing ownership stakes of foreign and institutional investors. Despite these shifts, Germany’s transnationally oriented capital still retains its national embeddedness. The BDI’s positions demonstrate the realization on the part of industry representatives that in order for Germany to cope with economic and geopolitical competition, strong state support for industry and a strong Europe are needed. On this issue, BDI partially deviates from the ordoliberal paradigm of “rule-governed politics” promoting a discretionary state intervention.

German industrialists join Western leaders in voicing concerns regarding increasing competition with China, particularly over medium- and high-tech products. In a 2019 policy paper, BDI authors wrote “with the help of state investments in future technologies, direct and indirect and often non-transparent subsidies for companies, forced technology transfer and strategic takeovers of foreign high-tech companies, China is rapidly developing into a technologically leading nation.” A similar shift has also taken place—not without friction—on the governmental level with the publication of the German industrial strategy 2030 by the Federal Minister for Economic Affairs and Energy in 2019.

But despite deviating from typical liberal industrial policy, the BDI holds deeply overlapping interests with global financial markets. In addition to state intervention, it advocates a reduction in the capital tax to 25 percent (from an average of 31 percent) and, in order to fill the gap between investment and tax cuts, supports the relaxation of fiscal rules to facilitate the increased borrowing on financial markets.  In contrast to the big firms that increasingly use international markets to obtain finance, the German SMEs (Mittelstand) continue to rely on bank finance. The SMEs, represented by the Family Companies Association, have a much more “frugal” stance regarding Germany’s and EU’s fiscal policy, as they have concerns that if Germany loses its nimbus of fiscal stability, the interest rates of the private sector will eventually increase.

Due to the strategic upgrading of Russia and China, and the shift of NATO’s interest from the Atlantic to the Pacific, the German and European bloc has the opportunity to assume a greater geopolitical role. The BDI thus recommends that “Germany should take on a greater share in European security through concrete actions.” Of interest here is the proposal to increase European funding for innovative military industrial projects and to link them as much as possible with the rest of the production chain (spill-over effect). This is in accordance with the views of all four political parties. But there are differences of opinion on BDI’s proposal to increase German military expenditure to 2 percent of GDP, with the SPD and the Greens openly opposing the measure, while the CDU/CSU and the FDP agree.

Crucially, neither a favorable reorientation towards state intervention nor a relaxation of the SGP on their own represent a hegemonic economic agenda for Germany and Europe. The BDI makes no mention of wage increases, nor of cancelling the unsustainable debt of the southern member states, making permanent the redistribution of resources from the core Eurozone countries to the South, or the issue of “Social Europe.” Rather, the BDI seeks to mobilize the support of the most powerful economic (manufacturing and banking) sectors of the European South. Its agenda does not include the majority of the popular strata and broader layers of wage earners. This “limited hegemony” suggests that post-pandemic policies will likely fail to resolve the primary issues of the Eurozone: uneven development and unsustainable public debt. Consequently, despite its reorientation towards public investment, the BDI agenda opens the way for a new round of austerity in the years to come.

As the American economy reopened in the first half of 2021, reports of a “labor shortage” spread throughout US industries. But there was one sector where employer panic about hiring…

The problem of democratic representation has always turned on the question of the “have-nots”—that is, not only those without wealth and property, but also those marginalized on the basis of…

Some time in 1991 I was invited to give a talk to the Andalusian Confederation of the Spanish Socialist Worker’s Party (PSOE). Afterwards, the secretary of the confederation walked me…