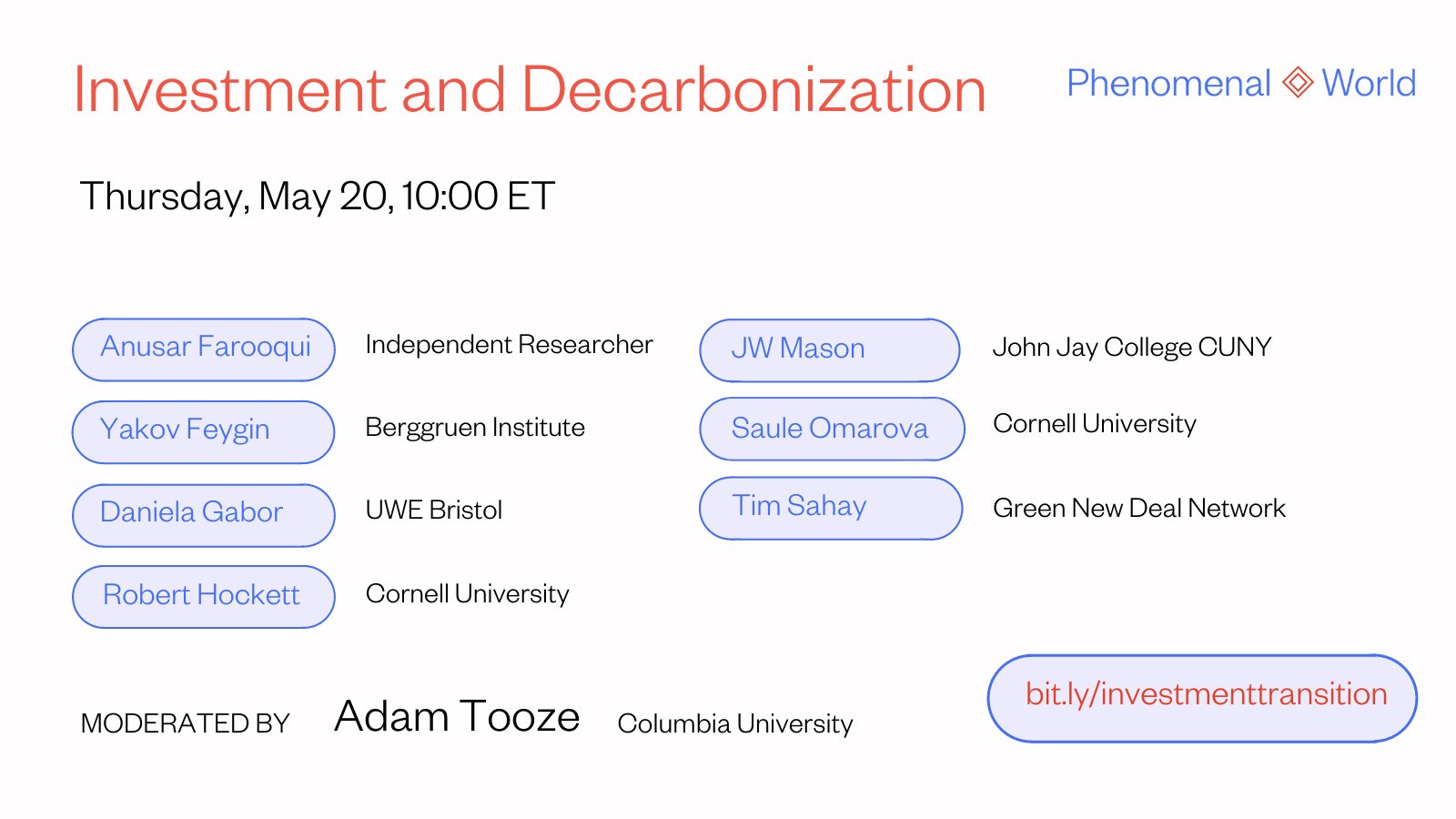 In March 2021, the Biden administration announced the $2 trillion American Jobs Plan, with approximately half of the sum dedicated to fighting the climate crisis. Many, however, argued that the legislation falls dramatically short of the amount required to usher in a green transformation of our infrastructure and energy systems.

Responding to this large investment gap, a recent Phenomenal World essay by Anusar Farooqui and Tim Sahay proposes a plan for a public ratings agency for green finance, which would “be mandated to assess the economic viability and contribution towards decarbonization of project proposals” and “serve as a public signal for the state, investors, cities, and firms to back, fund, and undertake projects that are both viable and contribute significantly to decarbonization and resilience against climate change.” Their essay is in conversation with proposals by Saule Omarova and Robert Hockett for a National Investment Authority, which would function as a standalone federal institution to direct capital funding into green infrastructure projects, among other capital-intensive initiatives to serve the public.

View a recording of the event here, and read an edited transcript of the conversation here here.

The Biden administration has committed the United States to cutting its carbon emissions in half by 2030 and achieving net zero emissions by 2050.

Wednesday, November 3, was private finance day at COP26. For those who follow central banks closely, the event was a chance to gauge whether their recent turn to climate-conscious policy…