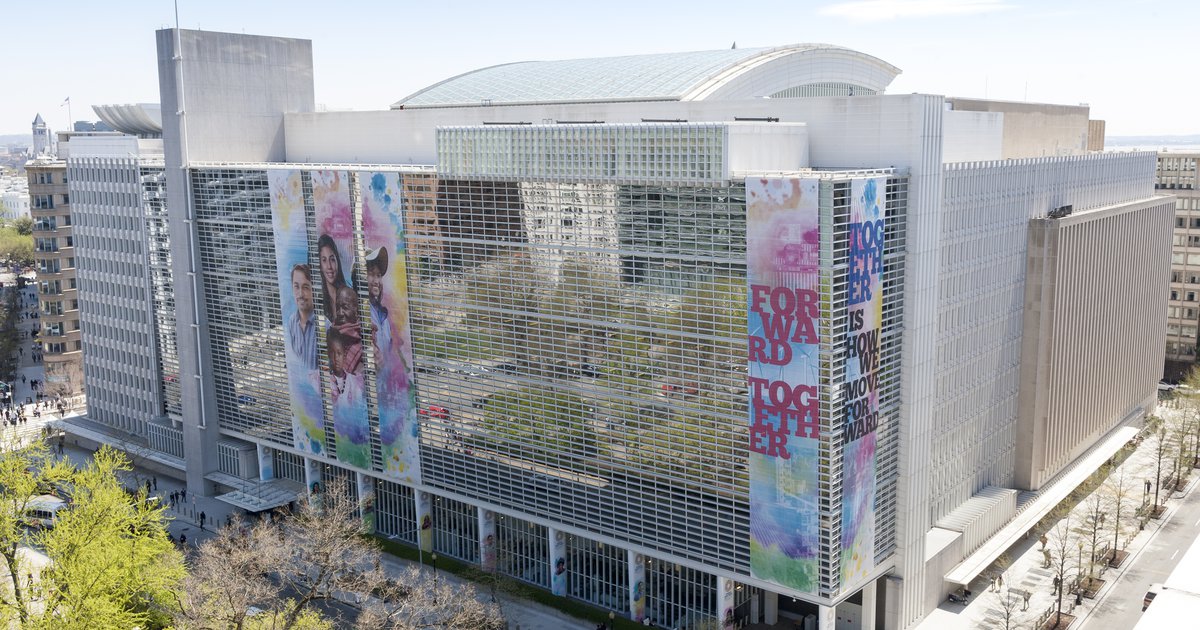 When the World Bank and IMF make radical noises, the US is typically the voice of restraint. So it came as a surprise to casual observers when, at October’s Annual Meetings, Treasury Secretary Janet Yellen urged the Bank and other multilateral institutions to overhaul their lending practices and get more money out the door more quickly.

Yellen set the ambitious timeline of December for delivering a roadmap for increased lending. Some speculated that she was assigning a task at which David Malpass—the World Bank head who infamously fumbled questions on whether he believes in human-caused climate change—is likely to fail.

This new posture has given life to reforms on which multilateral financial institutions have long dragged their feet. (Just this past summer, the World Bank even attempted to suppress a key report commissioned by the G20 urging greater lending.) And charismatic leadership and nimble advocacy from the Mottley administration in Barbados has made technical questions about lowering the cost of capital politically urgent.

Multilateral Development Banks are subject to a snarl of constraints. Many of these are political checks designed by shareholder nations—the US Congress, for example, can take some blame for the state of the World Bank. But a near-dogmatic inertia and conservatism also severely constrict their scope. The lenders take on the constraints applied to commercial banks, which have little relevance to a publicly-backed intermediary driven by development goals and other policy mandates. They willingly ignore callable capital, the colossal solvency guarantee provided by shareholder governments. “[T]hey cannot simply apply commercial bank capital adequacy standards such as the Basel III guidelines,” protests an ODI report—but that is what happens.

Banks and their shareholders lash themselves to the goal of maintaining AAA status from credit ratings agencies. The G20-commissioned report that the World Bank tried to block found that each of the Big Three ratings agencies has a different methodology for rating MDBs. With one agency, a hypothetical bank could triple its lending and retain its AAA credit rating, but only increase by 34% with a second agency while keeping in that bracket, and only by 11% with a third.

The institutions that are supposed to be vehicles for development and climate protection in the poorest countries are being evaluated as if they were firms seeking an ESG rating: opaquely and inconsistently. Some assessments suggest that MDBs could collectively free up as much as a trillion dollars in lending—without taking a hit to their credit ratings.

Scrutiny of the MDBs’ creditworthiness might also turn to their loan books. What does the particular mission of MDBs mean for their own credit risk? Incredibly, this is something that MDBs can explore in some detail as they have their own database produced by a consortium of policy lenders and development finance institutions. The Global Emerging Markets Risk Database, known as Gems, pools MDB credit default data in a centralized, granular database. Created in 2009 by the European Investment Bank (EIB) and the International Finance Corporation (IFC), it potentially gives credit ratings agencies and shareholders transaction-level information about the performance of loans.

In its report earlier this year, the G20 recommended strengthening Gems by turning it into a stand-alone entity with legal status and secured budget. But even in its existing form, it has the capacity to reduce cost of capital, which is currently heavily constraining energy and infrastructure investments. It might even help to achieve the goal of “mobilizing private finance,” or at least identify which projects are more suitable to commercial finance.

Instead, the MDBs make little use of the potential to look into their lending, eschewing the benefits of their special characteristics along with taking on the constraints of commercial banks, which serve a very different function and operate quite differently.

Of course, MDBs are wary of reputational damage from pushing out money too quickly. But where climate is concerned, speed is justice. With the recent passage of multiple industrial policy bills to reshore manufacturing, the US has recognized that ambitious investment requires taking on risk; so far, that attitude is missing from multilateral institutions.

Even as the World Bank comes up with its work plan to free up more lending, we shouldn’t be too enamored of technical solutions to political problems. It will ultimately be necessary to go further, by overcoming the domestic politics that motivate intransigent shareholders.